It’s been a busy busy day today. I had to do some bee stuff first because the forecast is for 24 hours of rain from 9am tomorrow and I don’t like playing with bees in the rain, after which I replaced the hinges on the casement of my son’s bedroom window because they’d sagged and were stopping it closing properly. That didn’t take as long as I’d planned, so I had time to lift all the outdoor garlic which has started dying back. I’ve not counted the bulbs, but I think there must be between two and three dozen, most looking very nice though a handful are a bit on the small side. The variety is “Messidrome”, which wasn’t what I wanted (“Solent Wight”), but it was all I could get at the time. 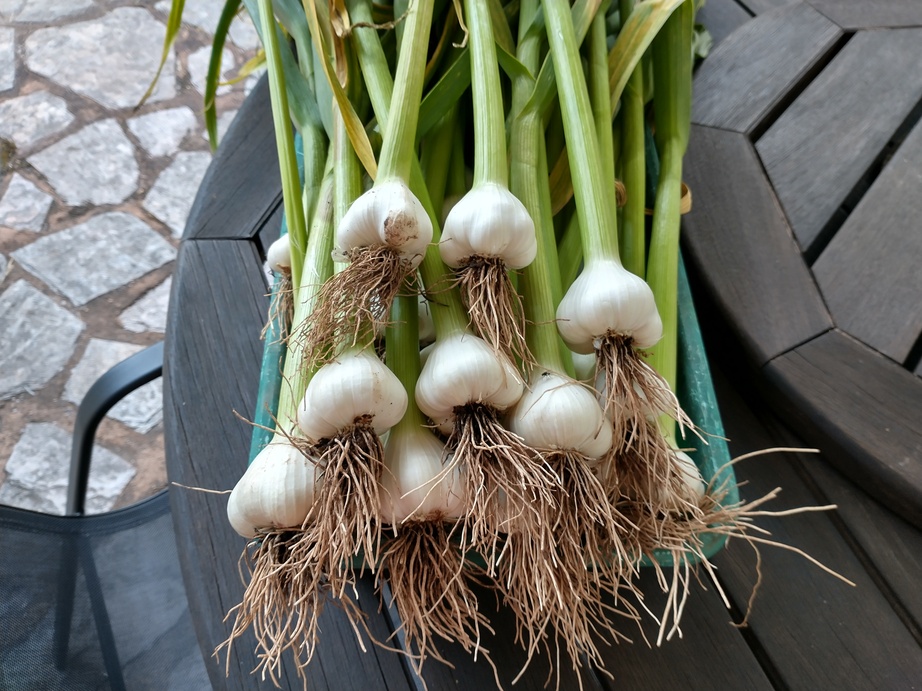 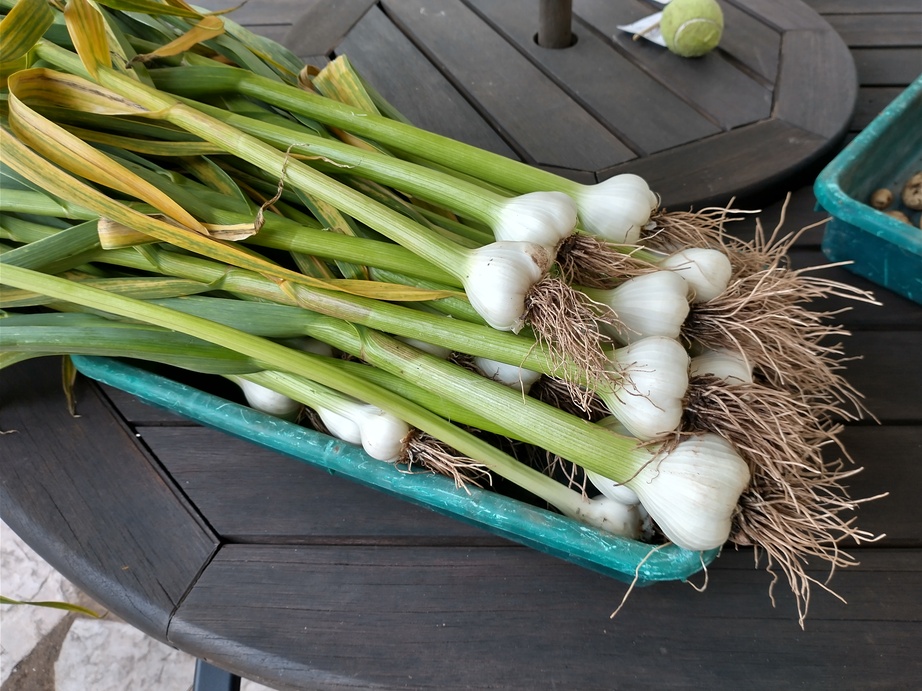 Despite the compost being very dry on top as we’ve not had a lot of rain recently, the soil still on the roots when I pulled them up was quite moist. I’ve not been watering either, so something is working well there.

And because it ought to be time, even a bit late, for the first early potatoes, I lifted a couple of plants to see what we’d got. One plant wasn’t actually looking very happy and is probably best out of the ground anyhow, and in fact none of the plants have foliage as lush as last year, but I’m not distressed with this lot. 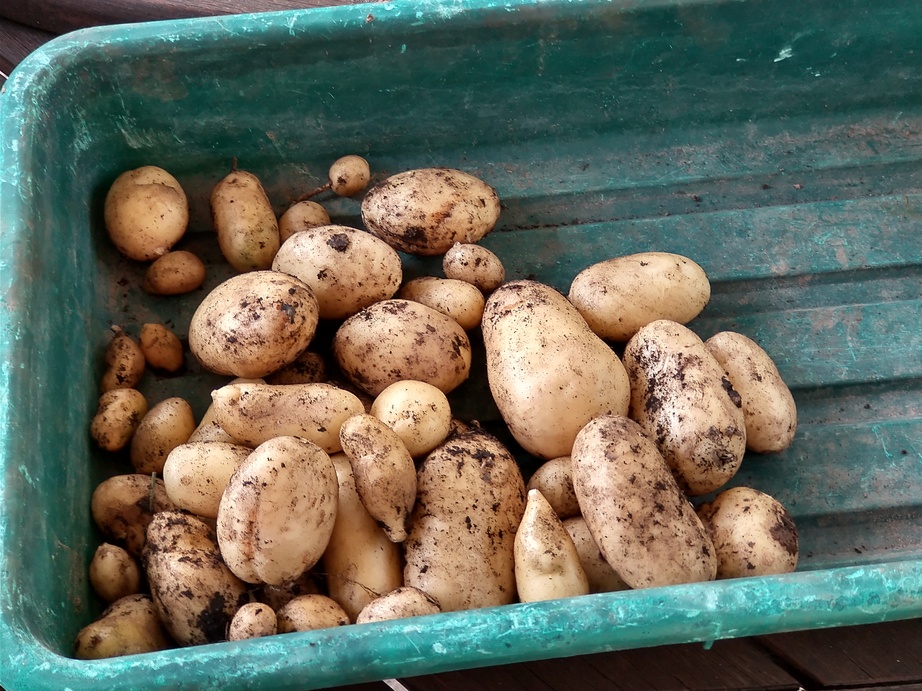 If we get enough for a meal for the four of us from each plant then I’ll be happy enough. First earlies are hardly a bulk crop anyhow.

Whilst I was closing up the polytunnel I noticed that the leaves on the garlic (which is actually Solent Wight, that I managed to buy later) inside have also started to go yellow, so it’s probably getting towards harvest time for them as well. We’re going to have an awful lot of garlic this year as there are more than thirty plants there, though I do intend to save perhaps four of those to replant for next year.

This entry was posted in Smallholding, Veg plot and tagged garlic, no dig, potatoes. Bookmark the permalink.