Very busy day today, kicking off early doors with the builder coming over to replace the roof tile that went AWOL during the storms. He left with a box full of swede, cabbage, parsnips, sprouts and leeks so I think we both ended up happy.

I intended to sow some early cabbage, calabrese and celery today but discovered that I’d used all of the module trays that had big holes in the bottoms of the cells so I had to modify a load more.

I’ve sort of struggled with calabrese in the past because it all seems to be ready at the same time and much as we all like it there’s still only so much you can eat at once. This year I’m going to try sowing a small number of seeds, but every two or three weeks to see how that goes. I have no idea what the stimulus is for the plant to decide it’s going to flower so it still might not work, but there’s only one way to find out.

Plenty of the seeds I’ve sown over the last couple of weeks are germinating now. Some of the broad beans (one of the few things I don’t sow in modules) are very close to having seed leaves emerge. 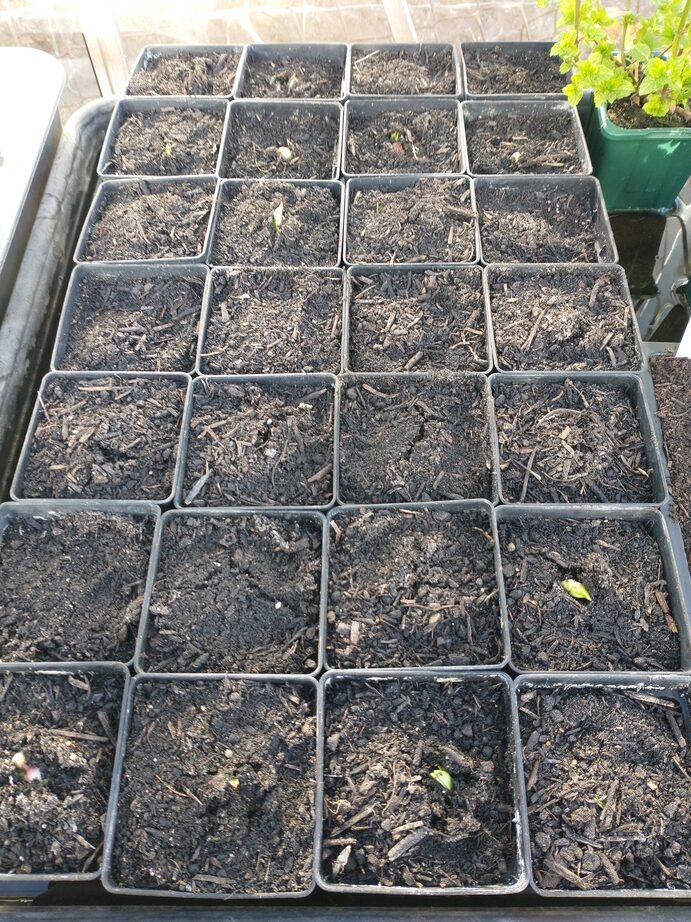 Then there are peas, beetroot, spinach and radish. 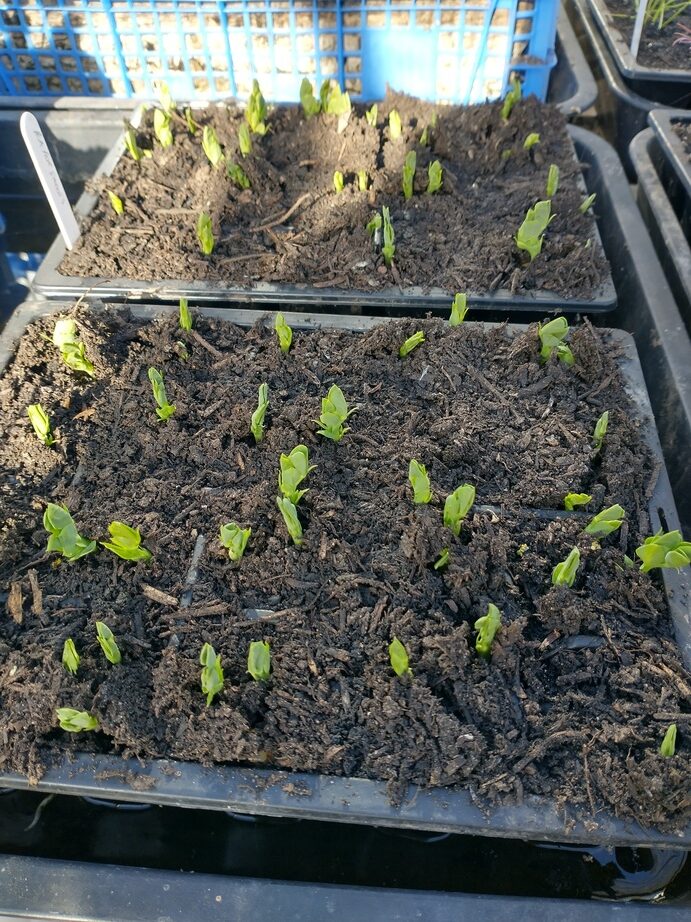 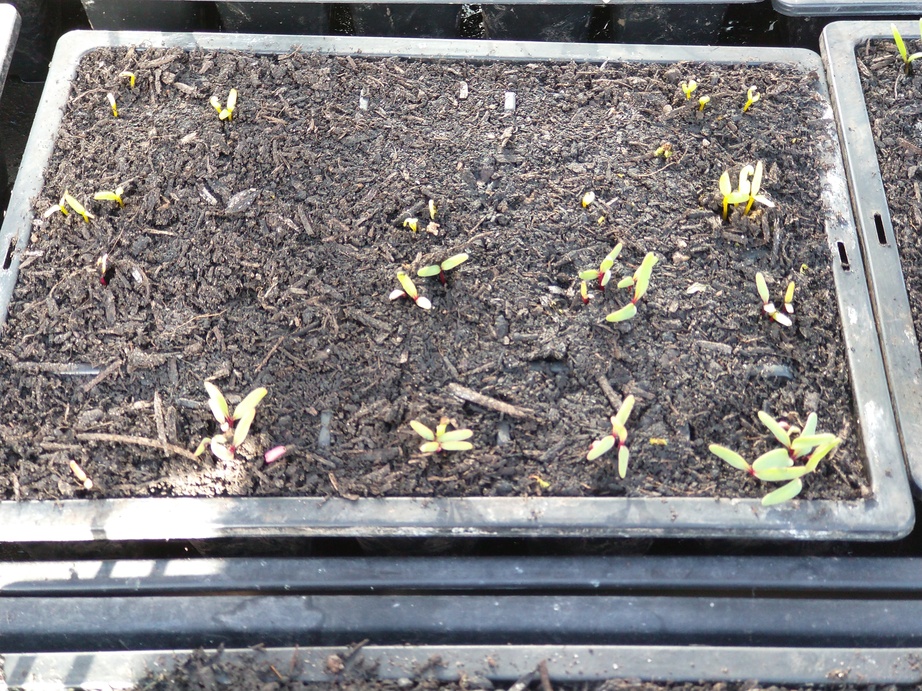 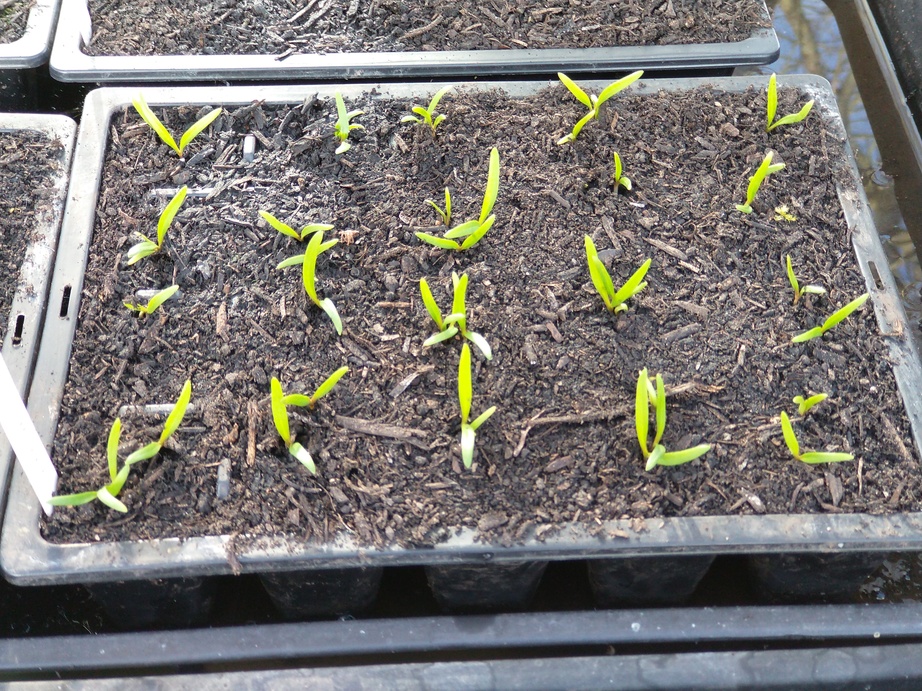 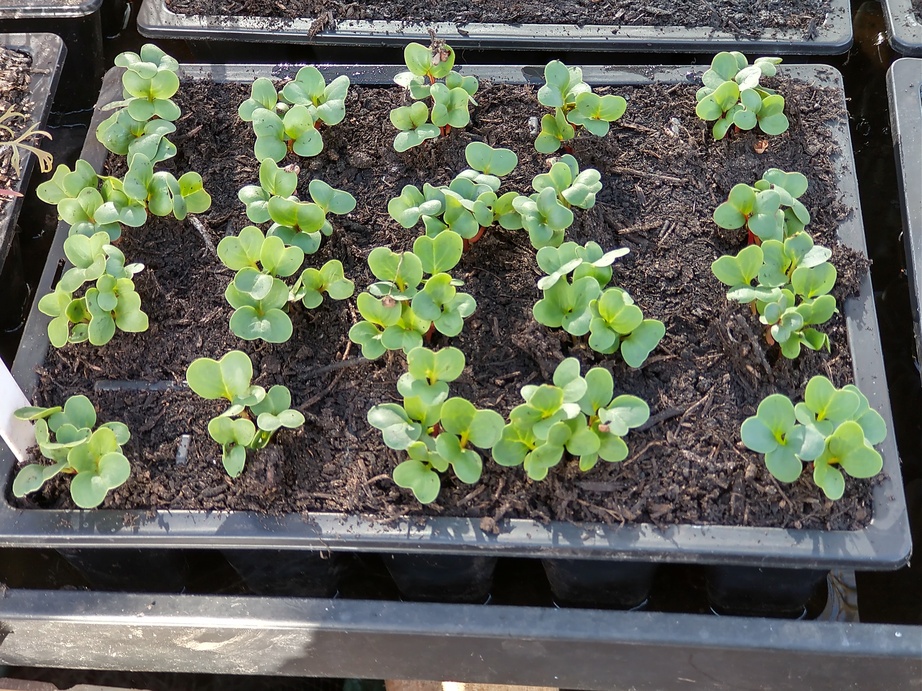 And the onions seem to be doing pretty well too after starting off in the propagator. Clearly they want more light as they all seem to be developing a slight lean to the south. 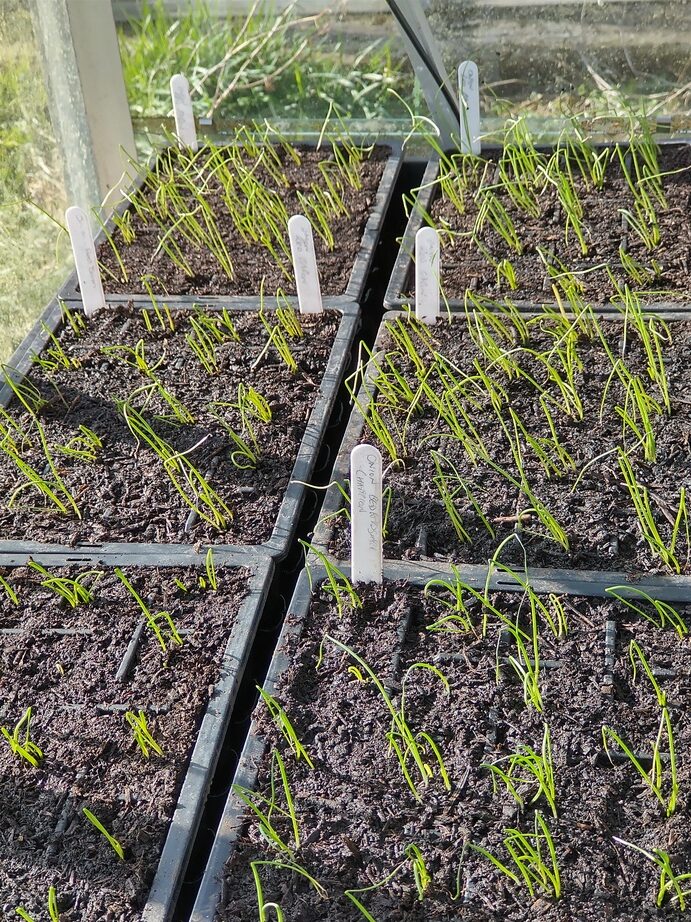 I must take a photo of the garlic in the polytunnel tomorrow. Most of the plants seem to be 6″ to 8″ tall already! Hopefully that means we’ll have a good harvest later in the year.