Looking last night at the forecast for today it was heavy rain all day with thunderstorms this afternoon. I didn’t therefore feel compelled to drag myself out of bed particularly early, but when I did so found that it wasn’t raining and in fact it has not done so all day. They’ve even been playing a match at the cricket club next to us and my wife is now taking in the last of the day’s sun in the garden.

Fortunately I had a few things in mind to do that meant I didn’t have to think too hard about changing my plans for the day. First I sowed some seeds that may become the first of our winter salads (are we really at that time of year again so soon?!) assuming they don’t grow too fast over the next few weeks. I also sowed some more radishes, and whilst I was in the greenhouse I thinned some of the other plants I’ve sown recently that will be going outside in the first couple of weeks of August. I had a bit of tidying up to do outside the lesser-used end of the polytunnel where brambles have grown out of the hedge, and fed those along with some other prunings from my father-in-law into the baby shredder (no, I don’t really shred babies — I prefer them thickly sliced and flame-grilled until rare 😀

After that I harvested all our remaining broad beans as the plants have pretty much reached the end of their lives and are starting to shed leaves, though I did notice that one or two have started growing new stems from the base. some even with flowers despite being only a few inches tall. I filled an entire five-gallon (ish) trug with the pods which I then shelled with my daughter and on the way back from taking all the empty pods to the compost we stopped off to lift all of the Charlotte potatoes. These haven’t done particularly well this year. The plants have been quite stunted compared with the other potato varieties either side of them. I guess we’ve got about 15kg though, which should be enough to see us through into autumn.

Back in the house I weighed the shelled broad beans. Given the ones we’ve already eaten I reckon we’ve probably totalled just over 3.5kg which hardly makes them a waste of time, but isn’t that much to show from twenty very healthy plants either. Because the bean skins can taste bitter when they get older I blanched them all, removed the skins and they’re now all in the freezer. I might try an autumn sowing for next year, with a backup option of a further sowing in January in case they don’t survive the winter. A bee-keeping acquaintance just down the road harvested 3kg of beans from half the number of autumn-sown plants, so I reckon it’s worth a try.

My final act of the day was to visit the no dig greenhouse to check over the melons. We appear to have a few that are fattening up, though they’re still no bigger than my thumb. I also harvested this, about which I should probably make no further comment 🙂 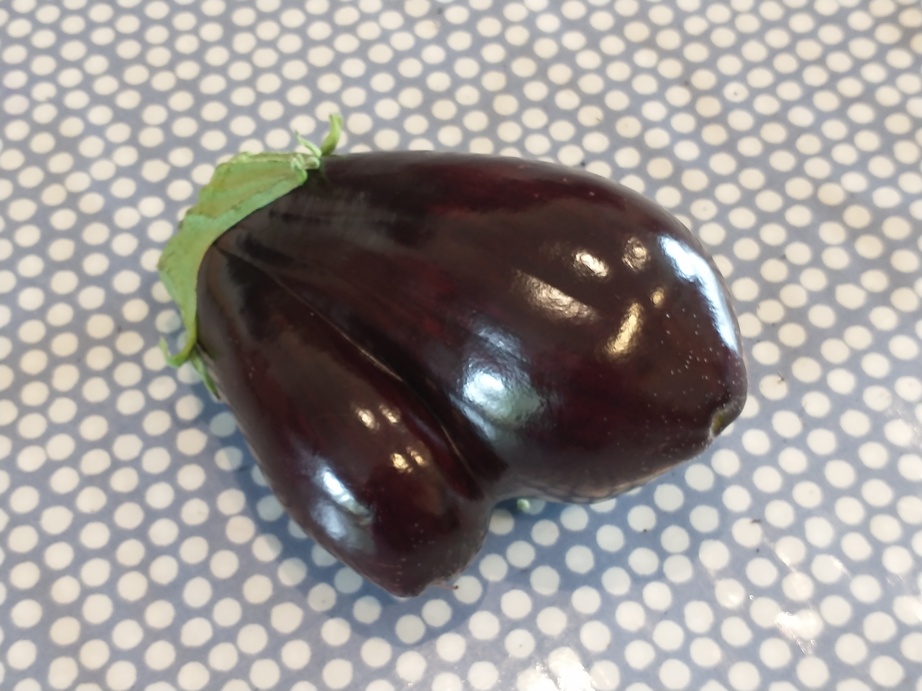