It’s not been the kind of day that encourages you to be outside, but late this afternoon I got out to finish off thinning the carrots. I’ve always had patchy germination in the past so I tend to sow quite thickly. This year it’s been very good, so there are quite a few thinnings… 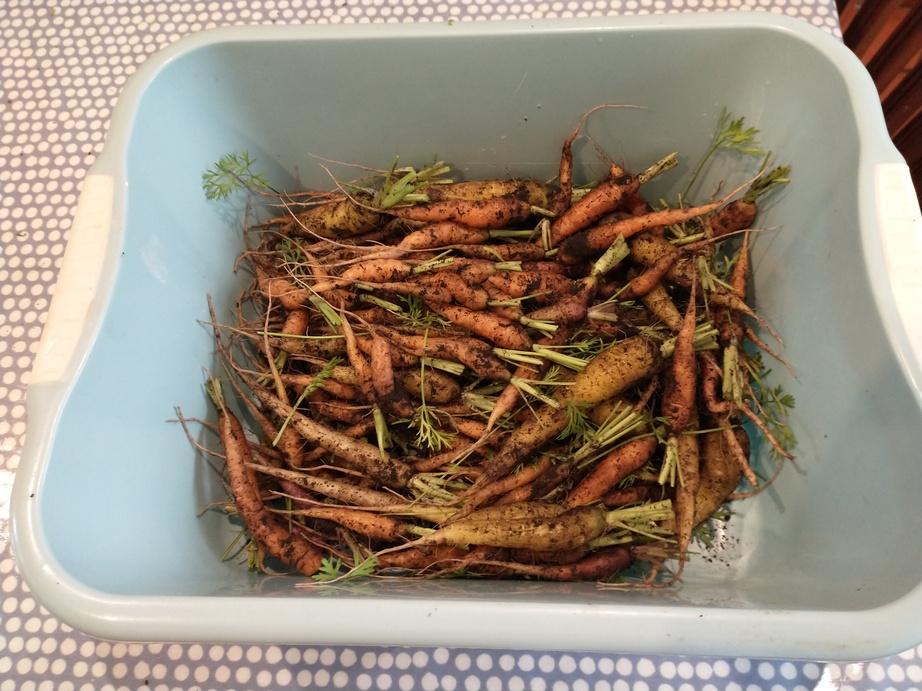 Not sure what we’ll do with them all yet. Possibly make soup. I’ve been volunteered to scrub them, anyhow 🙂

And once I’d done that, I lifted all of the first early potatoes, which was quite an interesting process. I did use a fork, but only a small hand fork, for furtling about in the compost for any loose potatoes that got left behind. For the majority of the crop I just grabbed the haulms near the base, lifted and twisted and the whole plant came out of the compost with most of the tubers. It beats digging for them any day 🙂 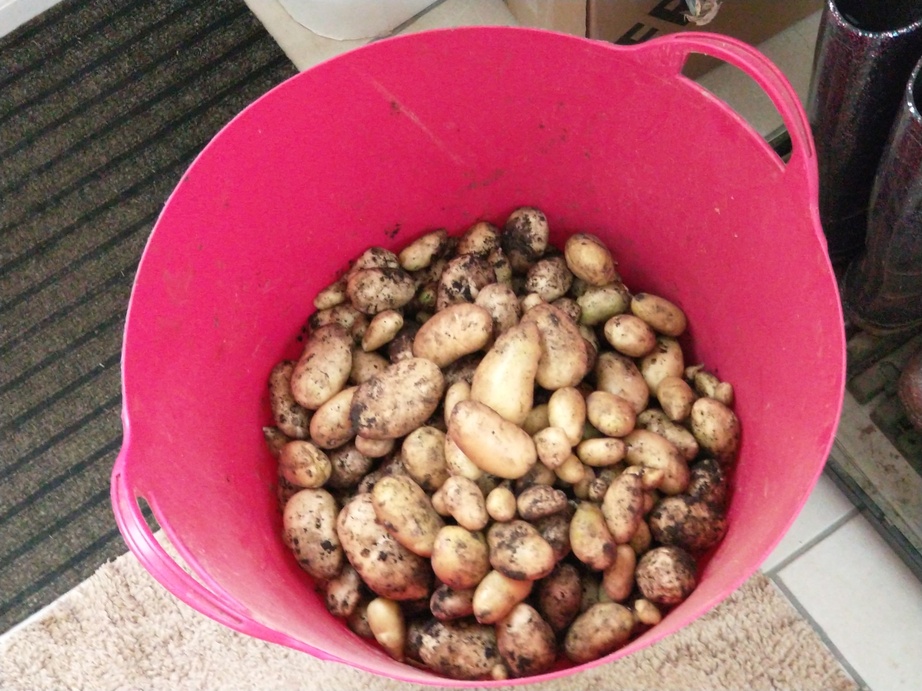 As with the garlic the top of the compost was quite dry, despite the rain over the last day or so, but the soil underneath was still moist and the roots were finding their way down into that even if the potatoes themselves were mainly in the compost.

The first and second earlies were all planted in part of the bed covered with the green waste compost that I bought in. Some of my maincrop plants are also in that, but others are in my own compost from last year so it will be interesting to compare how they’ve done once I get that far. In theory that won’t be until mid-September as long as the plants stay healthy.

This entry was posted in Smallholding, Veg plot and tagged carrots, no dig, potatoes. Bookmark the permalink.