I happened to be chatting with a friend a few weeks back who said that if I was thinking of buying some fleece for the veg plot then he’d be interested in getting some at the same time. It’s getting near that time when I’m going to be looking to plant outside, so I thought I’d best get on and organise things.

I found what looks like a good deal on the Pest Free Gardening website and ordered 100m of 30gsm fleece which we’ll split between us. Because I’ll use it later in the year, I also bought 15m of insect netting which meant I got free delivery. Mostly the netting is to use on carrots to keep root fly away, and to keep early butterflies off my brassicas (I’m going to plant some other sacrificial plants for the butterflies so they won’t really lose out). It won’t stop flea beetle so I’ll need to get some finer net to protect from those (mostly over radishes and rocket which suffered quite badly this year), but I won’t need so much of that.

The two items arrived separately on two different days with no indication that they were partial deliveries which was a bit odd, but I’m happy enough now they’re here and are waiting in the polytunnel until I’m ready to use them. 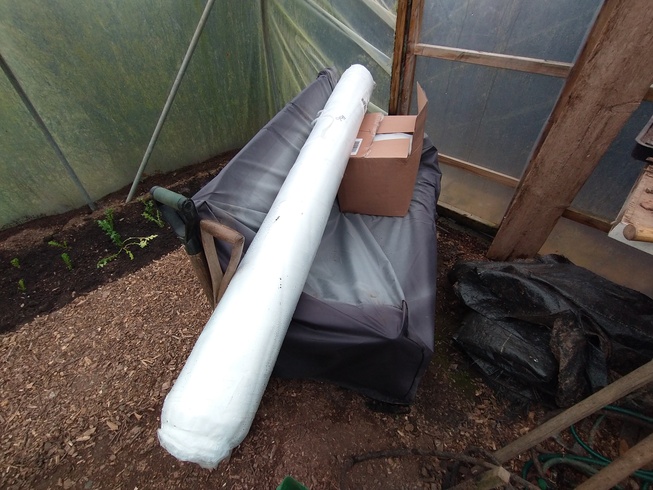 This entry was posted in Smallholding, Veg plot and tagged tools. Bookmark the permalink.