Now it’s time to return to the DEC axis. The process is pretty much the same as for the RA axis, starting with the removal of the clutch lever (having remembered to release the clutch first). 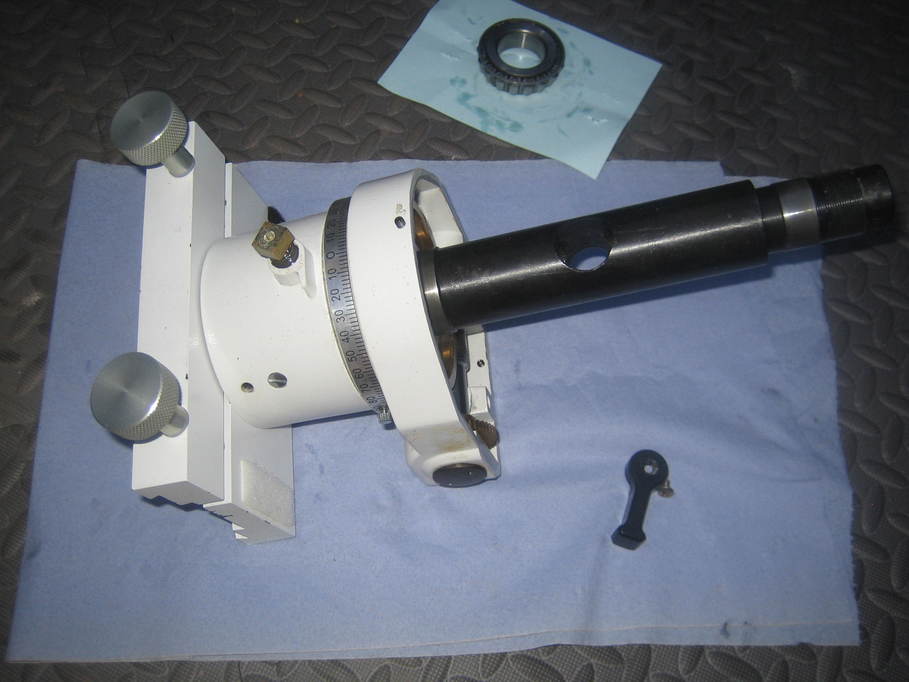 The worm housing should then just lift off (note the plastic shims here, too). 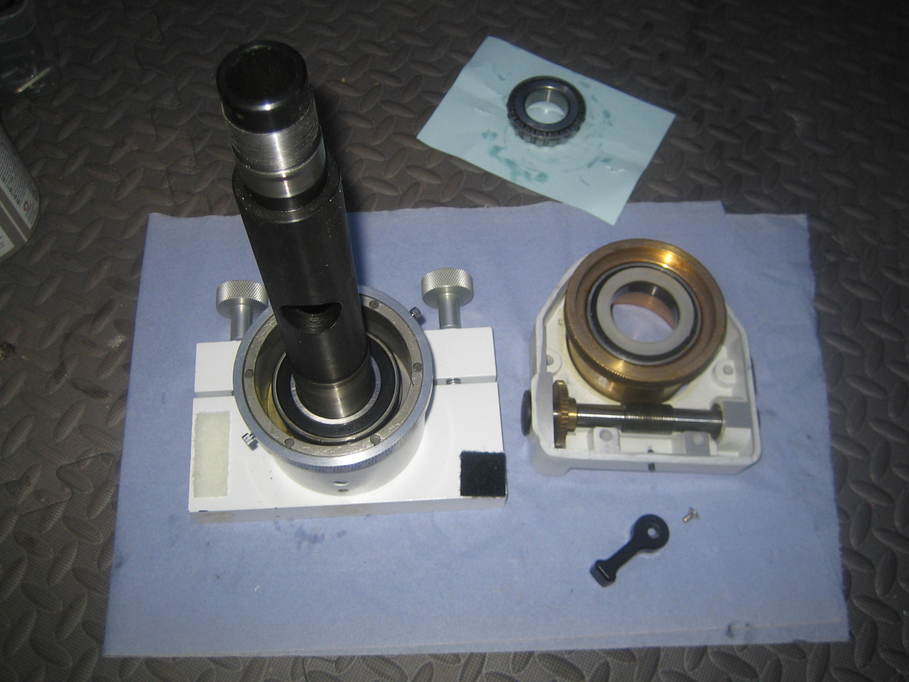 At this point, replacing the gear driving the worm is exactly the same as for the RA axis, so here we are again with that all done. 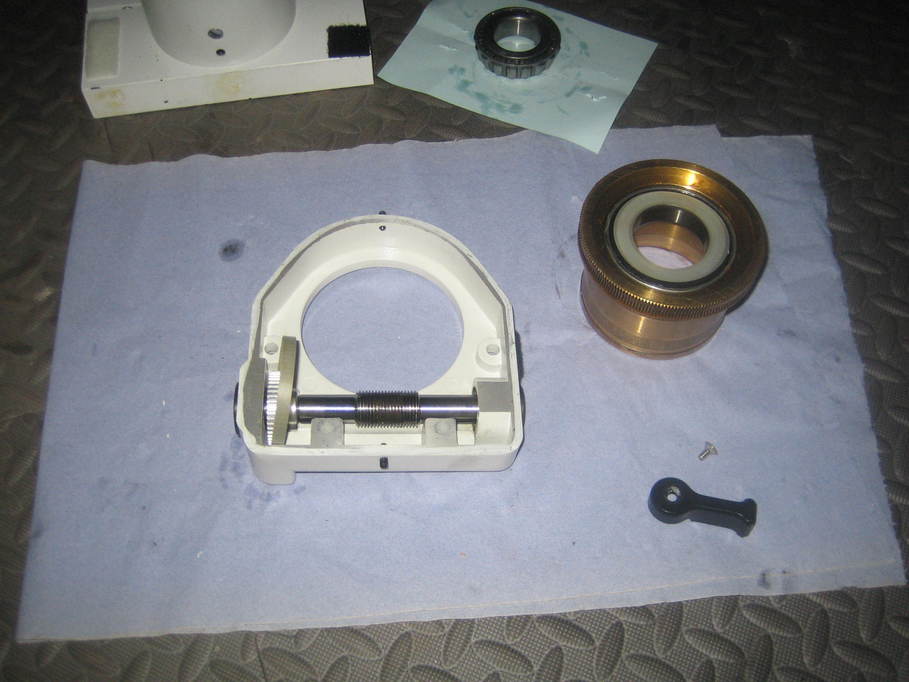 Reassembly is pretty much identical too, at which point the DEC axis can be put back on the mount. This was a touch awkward. I had to try three or four times before everything dropped into place correctly. I think it must be very sensitive to alignment and once I got it right everything just dropped into place easily. 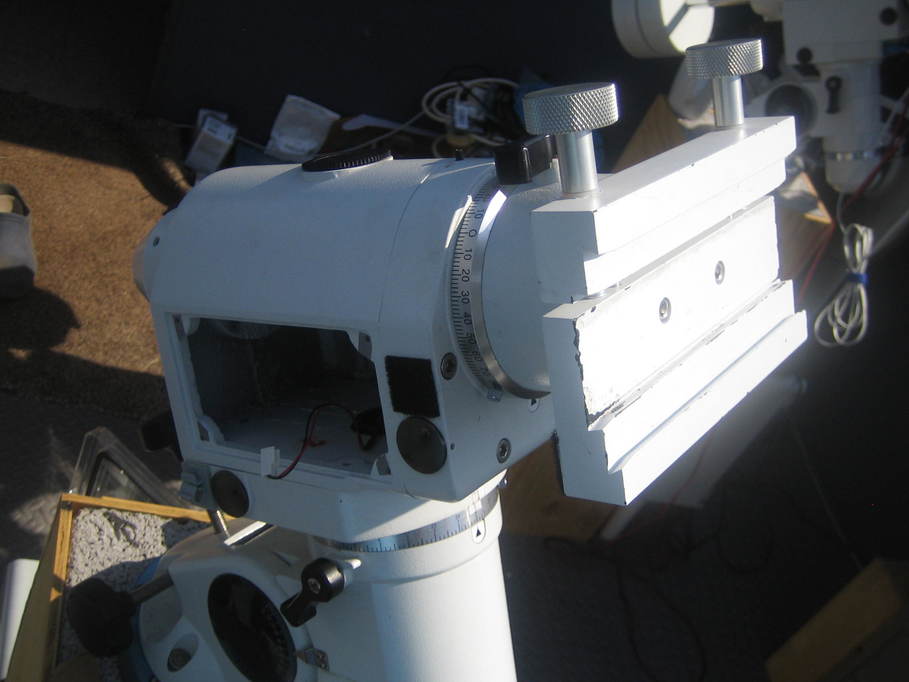 That’s most of the hard disassembly/reassembly work done. All that remains is to modify the motors and refit them.