So, RA axis next, starting with the polar scope. This just unscrews. I was almost tempted not to put it back at the end. Now I have an observatory I only used it for a rough polar alignment before doing the rest with Ekos. 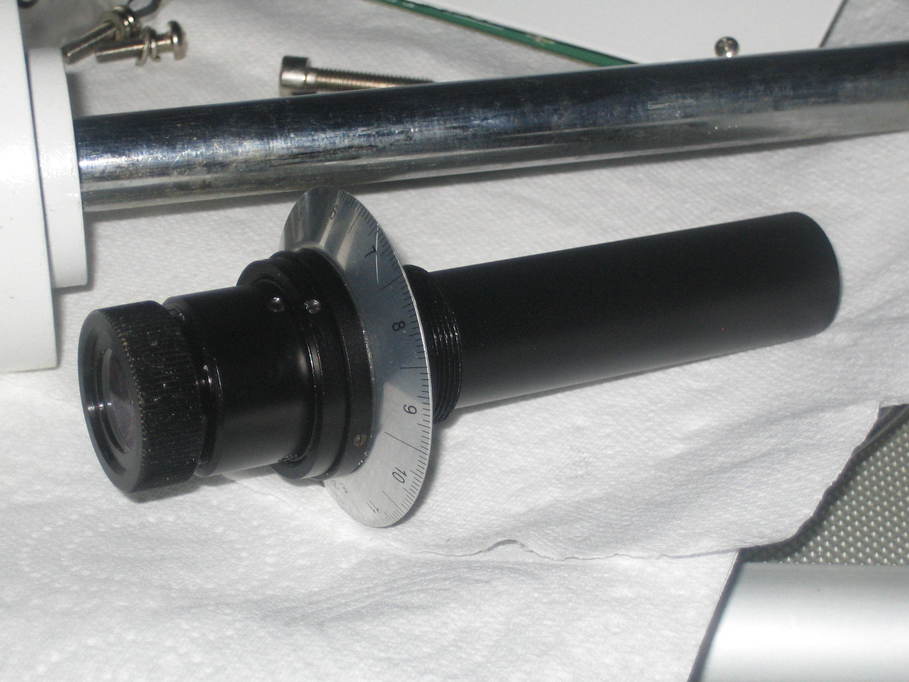 After that the collar with the pointer for the polar scope scale has to come off. Just three screws this time. 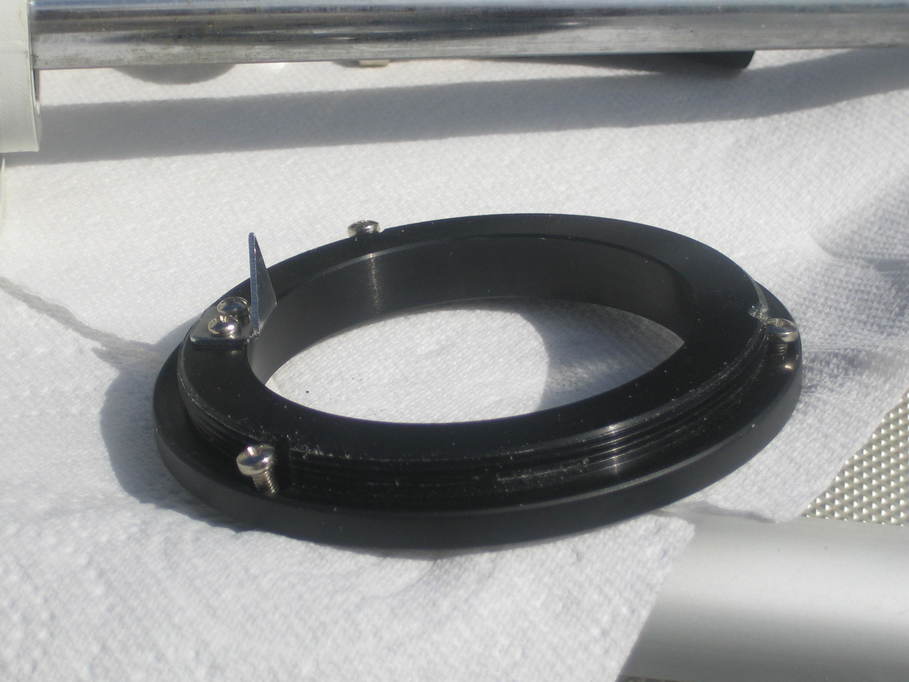 And then the retaining collar for the bottom end of the RA axis. This was a bit more awkward. I’ve seen people use oil filter removal tools for this, but I wrapped some thick card around the collar and used a large adjustable wrench. It wasn’t actually that hard to turn once I’d got a grip on it so I didn’t have to get out the Stillsons, and in fact once loosened by quarter of a turn I could turn it off using my fingers. 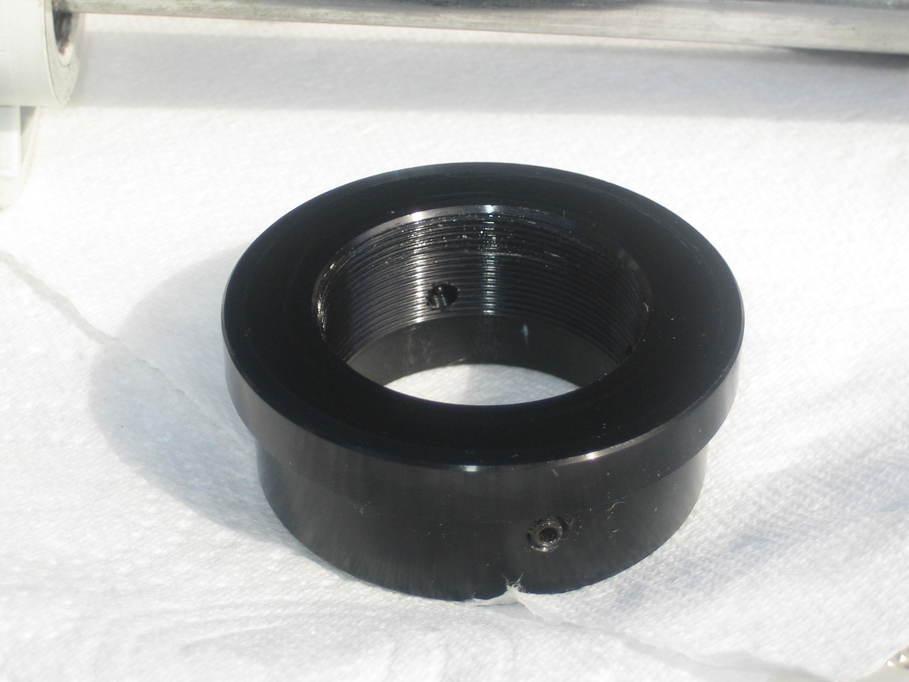 The RA clutch mechanism needs to be released at this point so it’s free to turn easily and then the lever can be removed by undoing the screw holding it on. 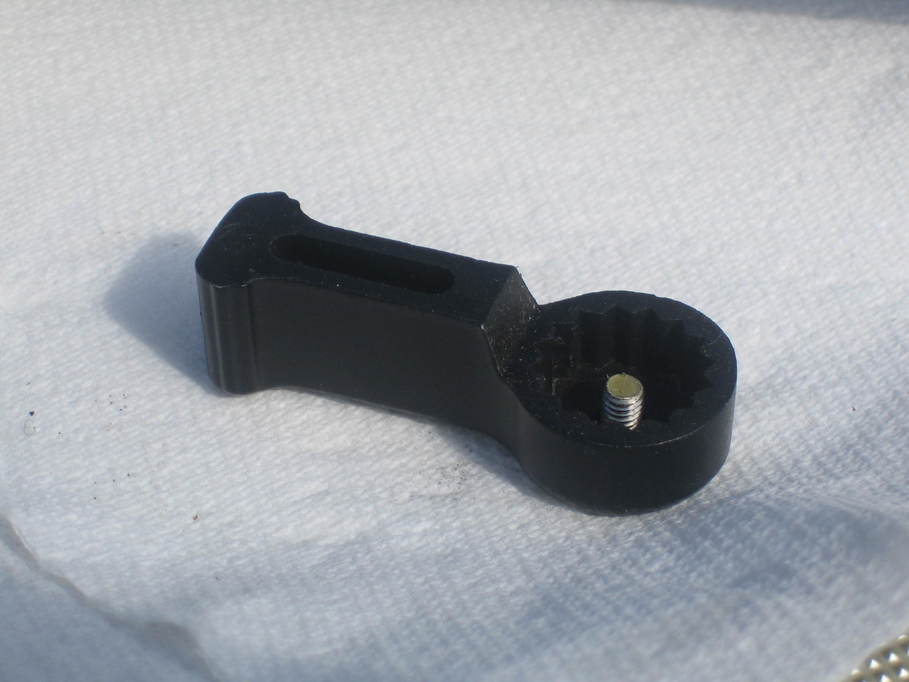 The clutch mechanism can then be unscrewed by hand. I wound it out a fair way so there was no chance of it getting caught on anything as the RA axis was disassembled, but there’s a small brass disc on the end that might drop somewhere awkward if it’s undone all the way, so it’s probably best left in place. 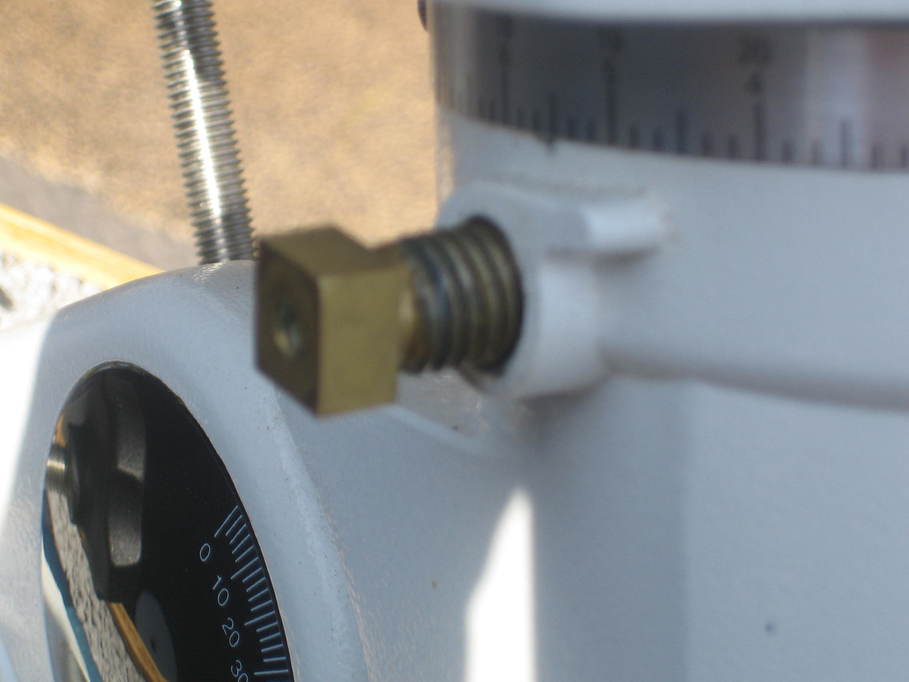 After that the entire RA axis lifts out and you’ll once again need to use your third hand to catch the tapered roller bearing at the bottom end in case it falls out. 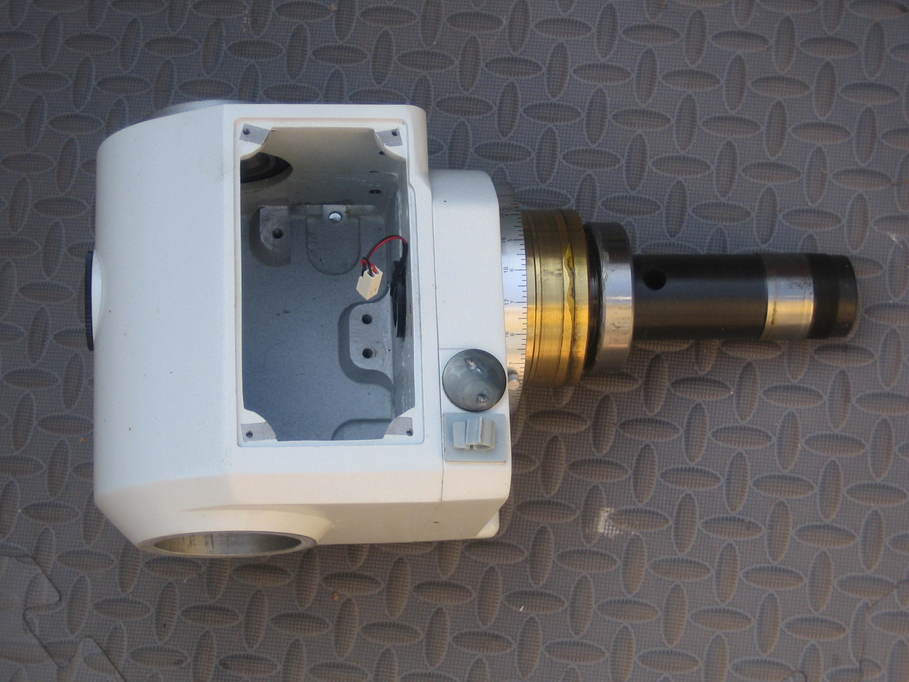 A quick peer down the end of the remainder of the mount shows grease in places I’m sure it wasn’t meant to be and some fairly dodgy casting at the bottom end. 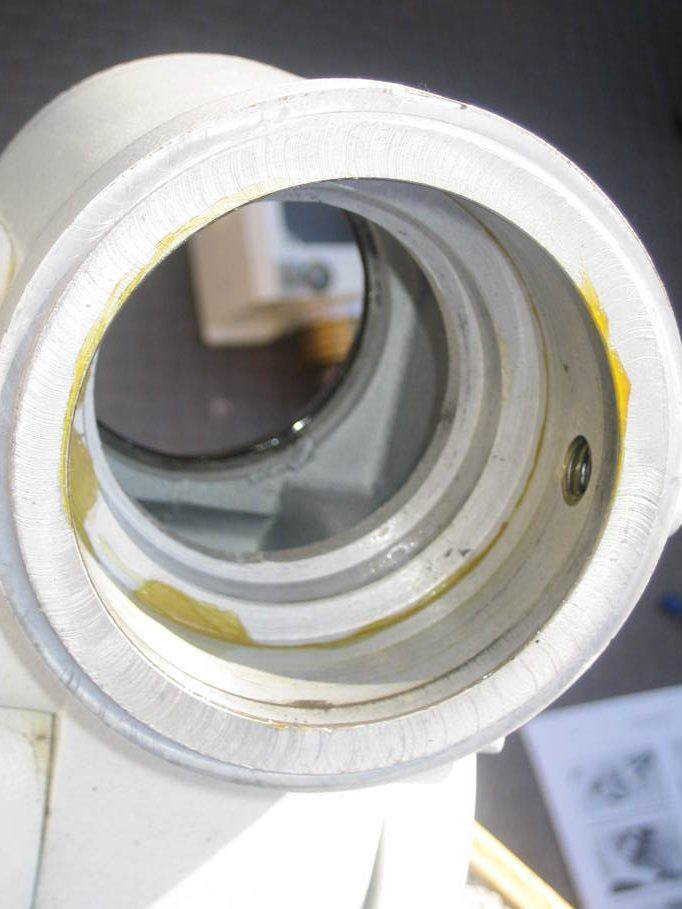 Removing these four retaining screws from the worm housing allows it to be removed just by lifting it off: 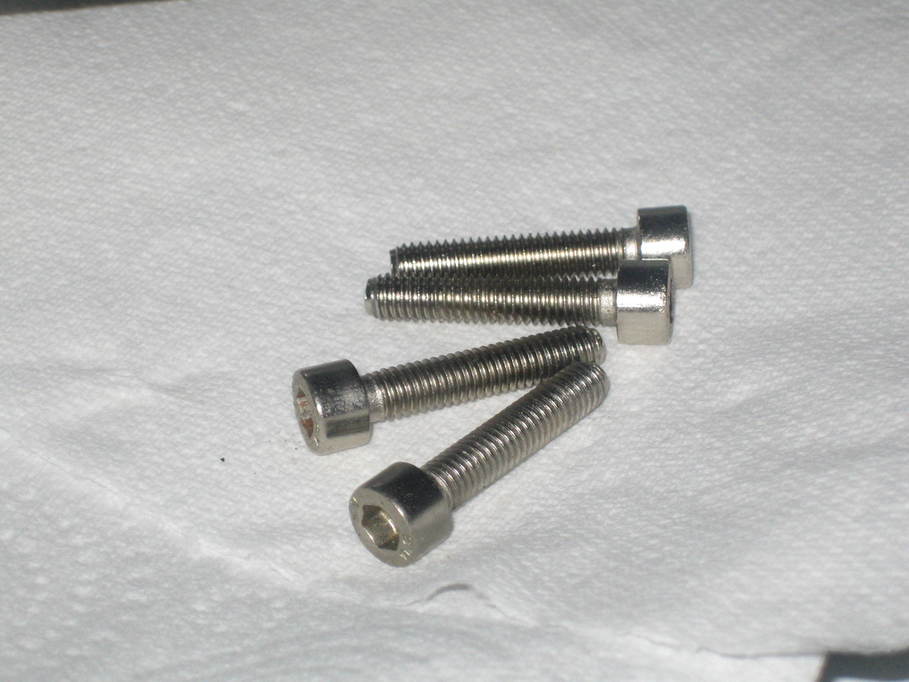 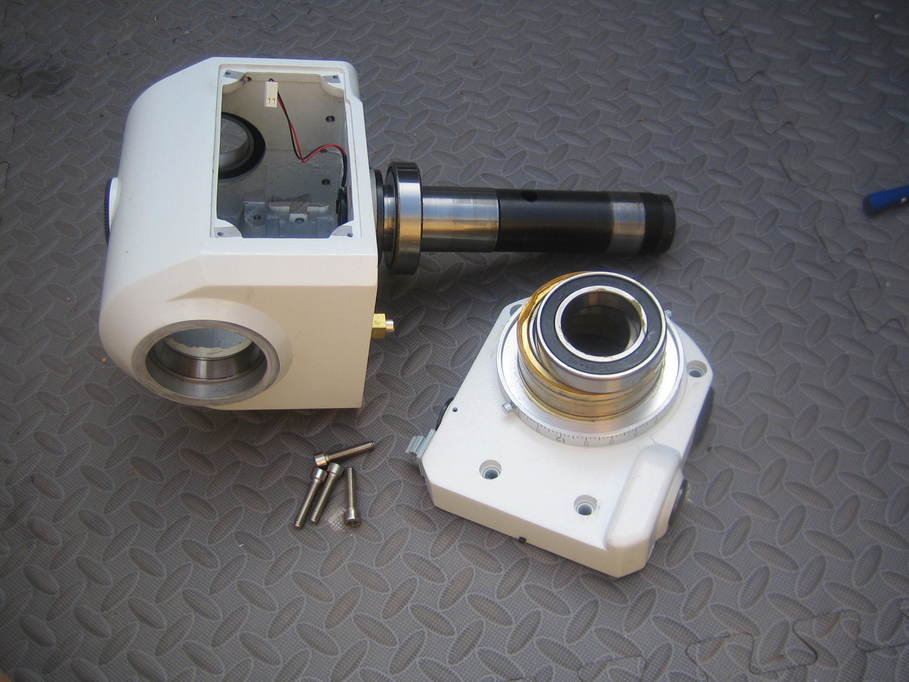 Above the remaining bearing on the RA shaft you can just see a white plastic shim which needs to stay there, but I’m not going to touch that. When I lifted the top bearing off the worm housing I found a couple more. 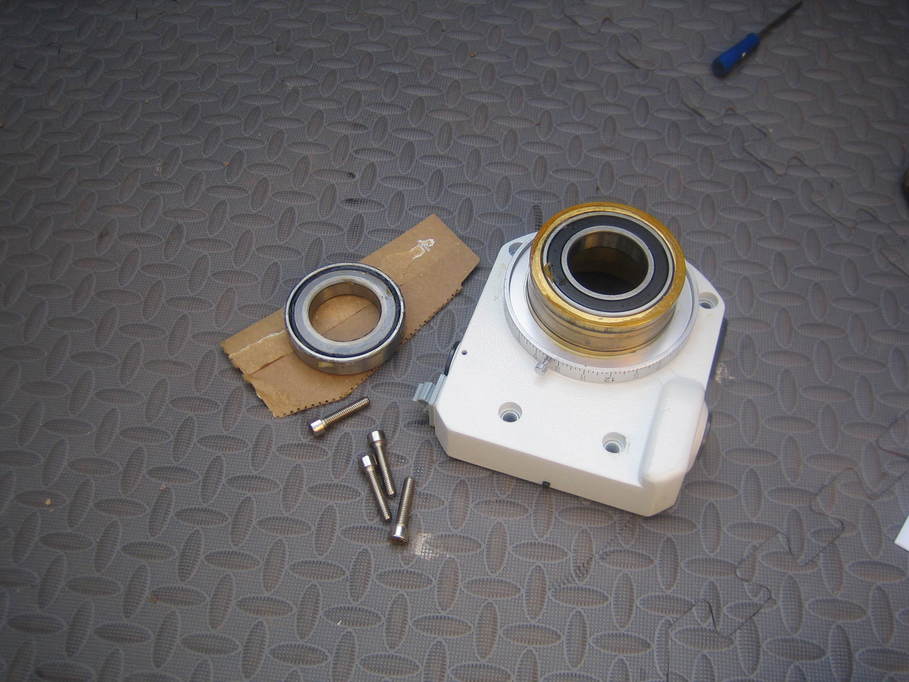 So I made a note that they need to go back between the two. There’s also an awful lot of grease here that doesn’t seem to be serving any purpose whatsoever.

After undoing the screws that hold the DEC collar with the hour markings on, the worm housing just lifts off and it’s time to visit the workshop.