Next the entire DEC axis has to be removed, starting by unscrewing the collar for the counterweight bar, which comes off very easily. 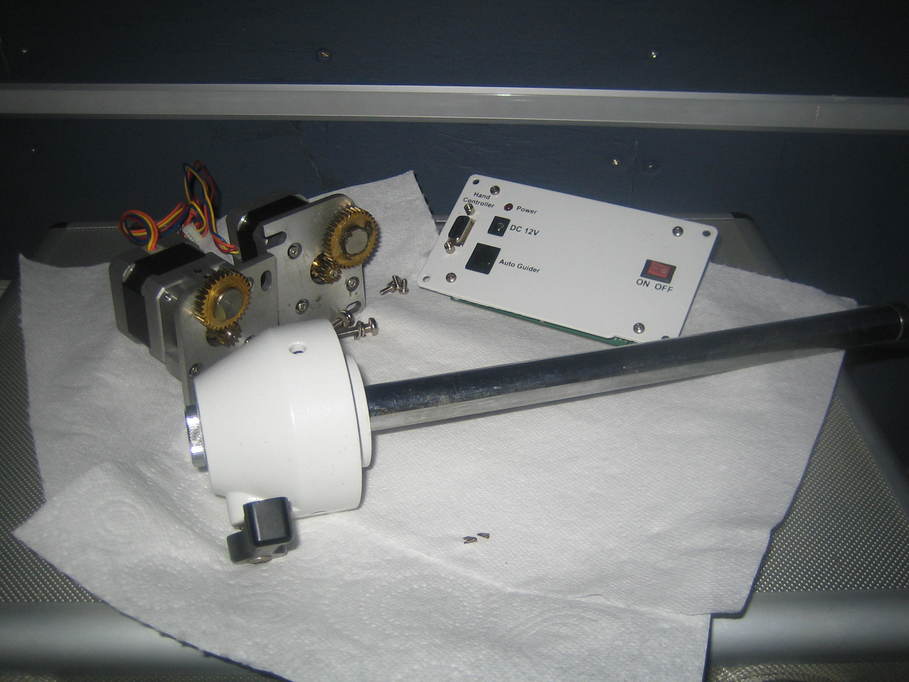 There’s a tapered roller bearing at this end of the axis which could potentially fall out when this is removed, though mine didn’t and I’d generally expect it to stay in place. It is likely to fall out when the entire DEC end is now lifted out of the mount though, so you need to have one hand ready to catch the bearing whilst using the other two to lift the DEC axis out of the mount. Some videos show the removal being quite awkward and I was prepared for a bit of a fight, but mine lifted out very easily and I fitted the bearing that I dropped caught back on the end of the axis for the time being. 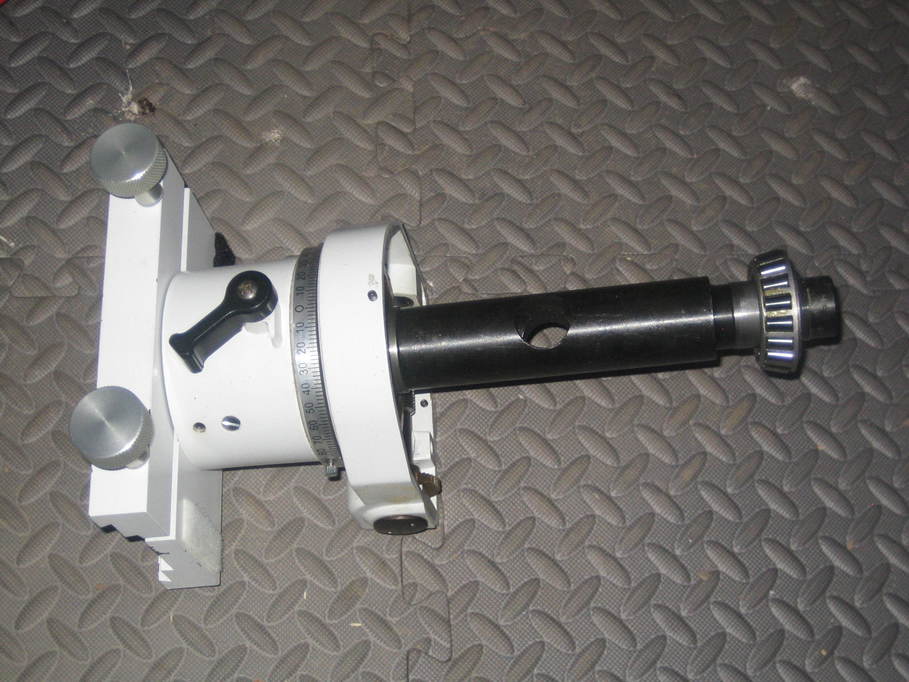 The instructions suggest leaving this to come back to later, so that’s what I did, though if you’re just congenitally unable to follow instructions exactly there’s no reason the rest of the conversion work couldn’t be done on this axis now.