A new reed switch arrived and has duly replaced the old one. That turned out not to be too tricky. After unsoldering the original switch I bent the leads so the body of the switch would be as close as possible to the wall of the compartment for the electronics and soldered it back in.

I’d also bought a holder for two AAA batteries. There’s plenty of room for it inside the battery compartment. In the long run I might actually move it elsewhere, but it will do for now. I unsoldered the “leads” used to hold the original 3V battery in place and replaced them with the leads for the holder making sure to maintain the same polarity. An equally easy job.

Finally, because I wasn’t really sure if the original magnet was up to snuff any more, I ordered some round neodymium magnets, 2mm diameter by 1mm thick. I was originally thinking that I might have to fix them to the opposite side of the tipping buckets from the original magnet and turn the buckets around. However, it then occurred to me that there was room to put some on the end of the existing magnet, so I decided to give that a go: 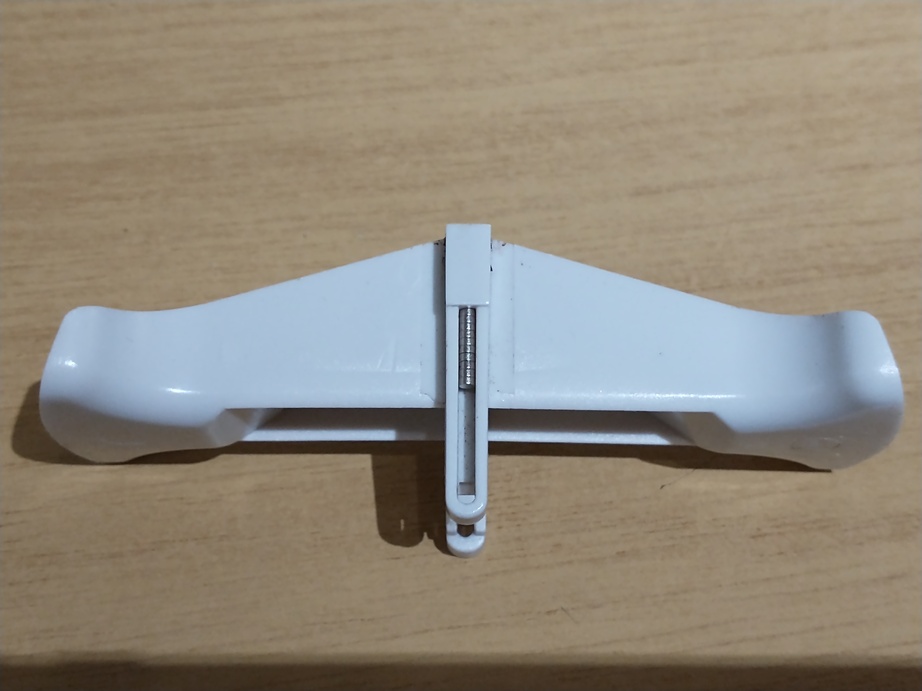 A quick test suggested that would work, so I put a couple of batteries in the holder, reassembled everything to the point where I could test it and plugged it in. Initial test suggest the sensing of the bucket tipping works fine. I can actually even here the reed switch actuating. Unplugging and the unit and reconnecting it several minutes later also shows the counters maintaining their values when there’s no external power, so that’s looking good too.

Tomorrow I shall finish reassembly and then check the bucket sizes by dripping water in with a syringe. Once that’s done I think it can go back up 🙂

This entry was posted in Environment, Projects and tagged weather station. Bookmark the permalink.