Thanks to a very sudden attack of blight, I removed all the potato haulms today, but whilst my original intention was to leave the potatoes in the ground for another couple of weeks, in doing so I decided that I wasn’t entirely happy that the blight wouldn’t have spread to the tubers and that the best course of action was to lift them so I know what’s going on.

I was reminded of the ballooning expression that a successful landing is one that you can walk away from 😀 If we define a successful potato harvest as ending up with something you can eat, then I’ve done well. 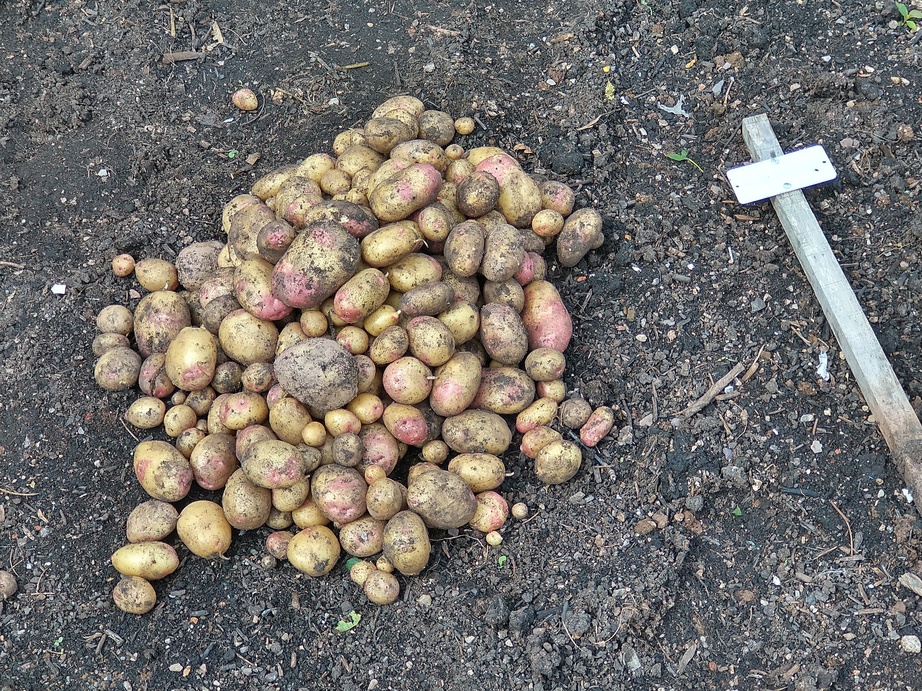 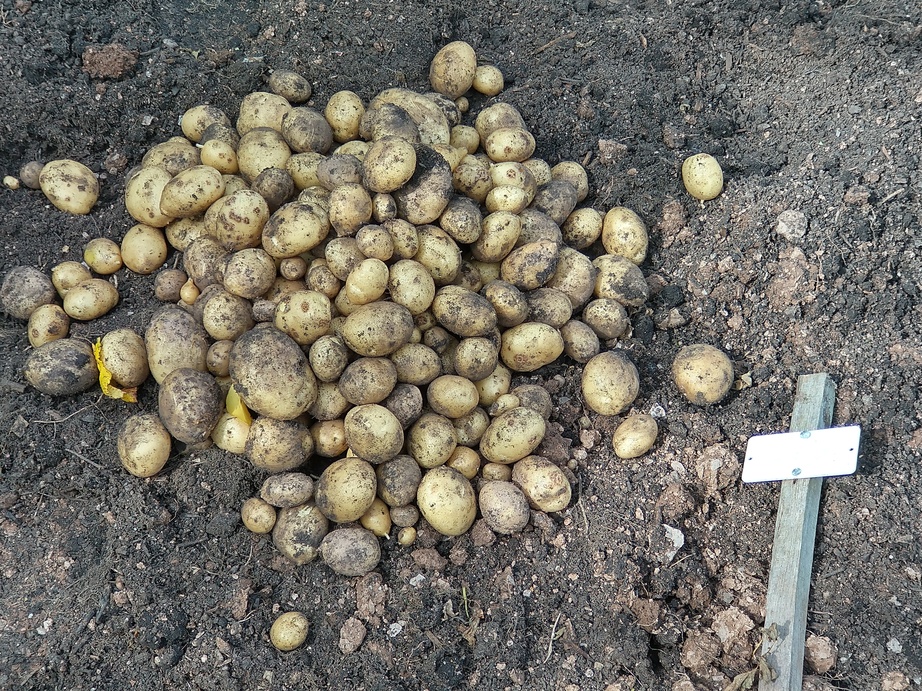 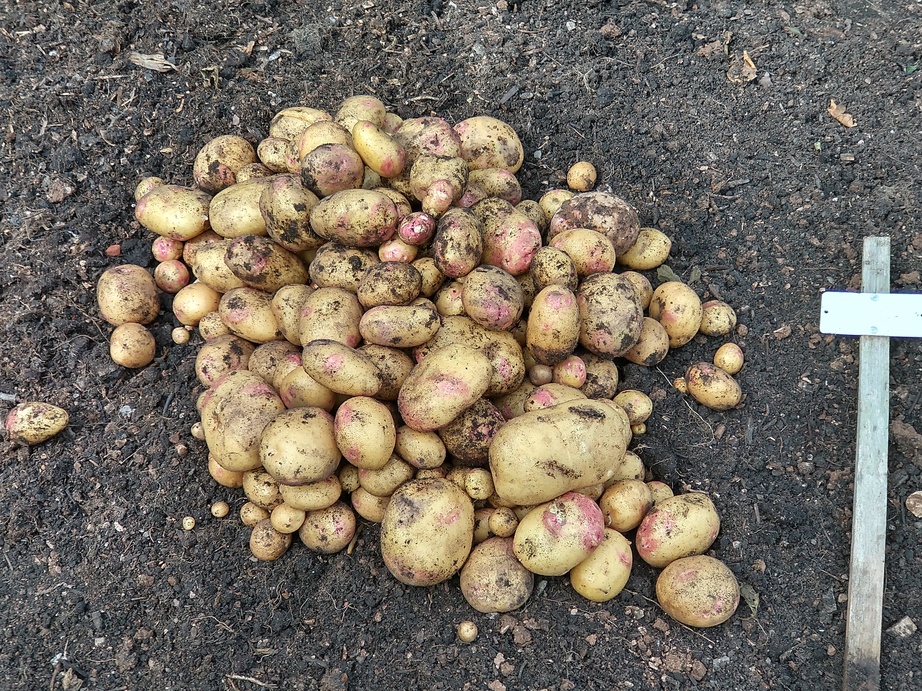 They almost all look very nice and there are plenty of them, but very few of them are, say, big enough to make into chips. Very pleasingly there’s almost no wireworm damage which was a problem last year, and whilst the plants did root down into the soil, the potatoes themselves were almost all in the layer of compost I put on top, making them very easy to find and quite clean when they came out of the ground.

I can’t be unhappy, because I have a potato crop, but I really don’t feel they’ve done that well. I put that down to the weather, really. They sulked underground for a very long time before showing any sign of life which I’m sure must be down to our cold and wet Spring. The foliage didn’t even really reach the point of becoming a single dense canopy before our current warm and damp weather drove blight through them faster than I think I’ve ever seen before. Had they got off to a better start or if they’d been able to get another month with the leaves in the late Summer sun then I think I’d probably be very happy indeed. I’m wondering if I need to accept that here in the south west blight is pretty much inevitable and look at what controls might be possible and acceptable.

In other news, I’ve also found out what has been eating the basil. It’s this chap and a load of his/her mates: 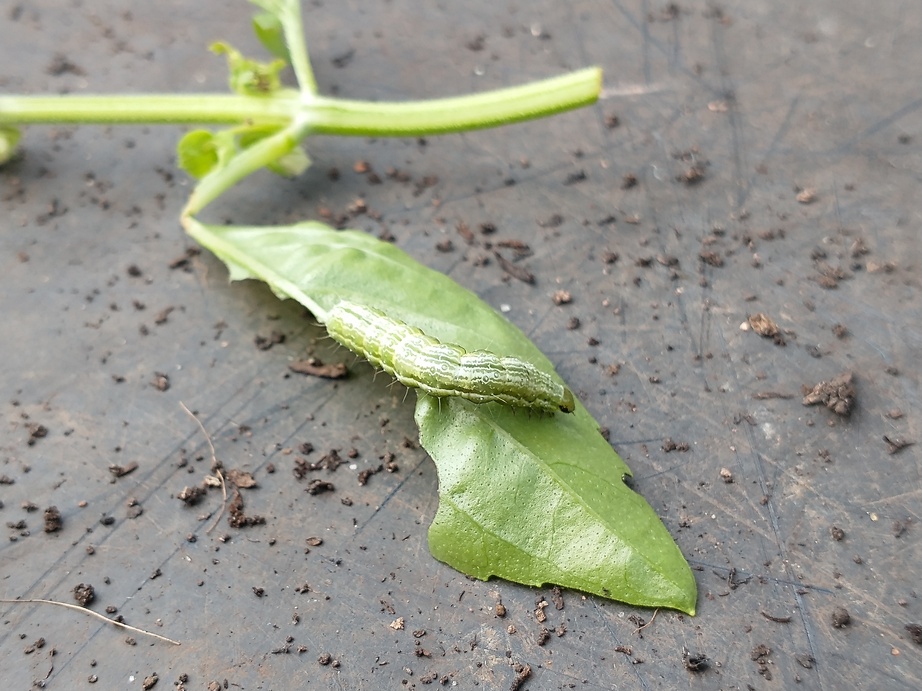 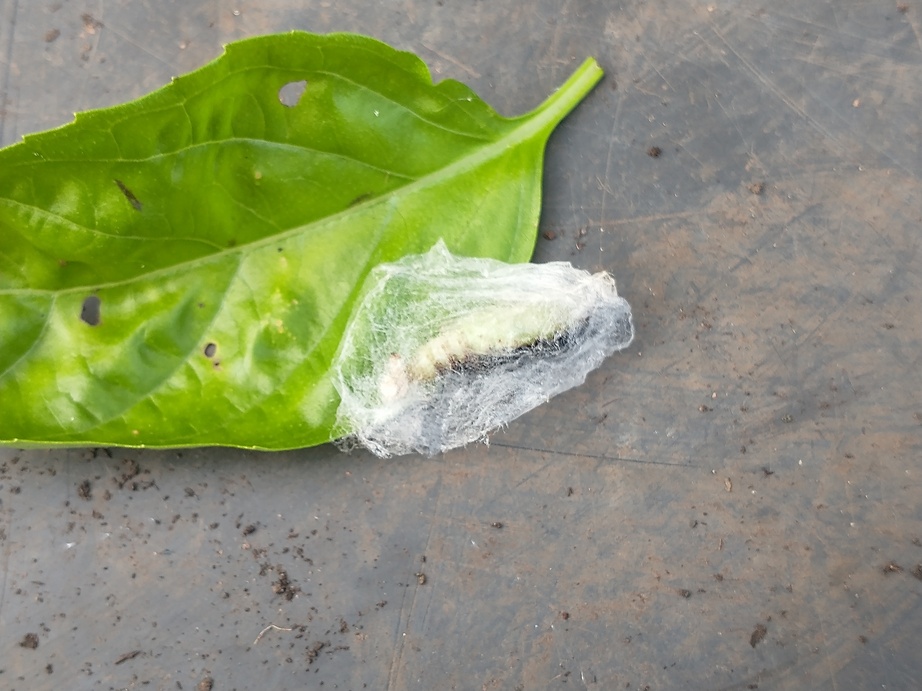 I feel sure I know what this is, but I just can’t recall for the moment, so I’ll post another thread for an ID. It appears to have a real taste for red basil though, leaving little of the leaves other than a skeleton: 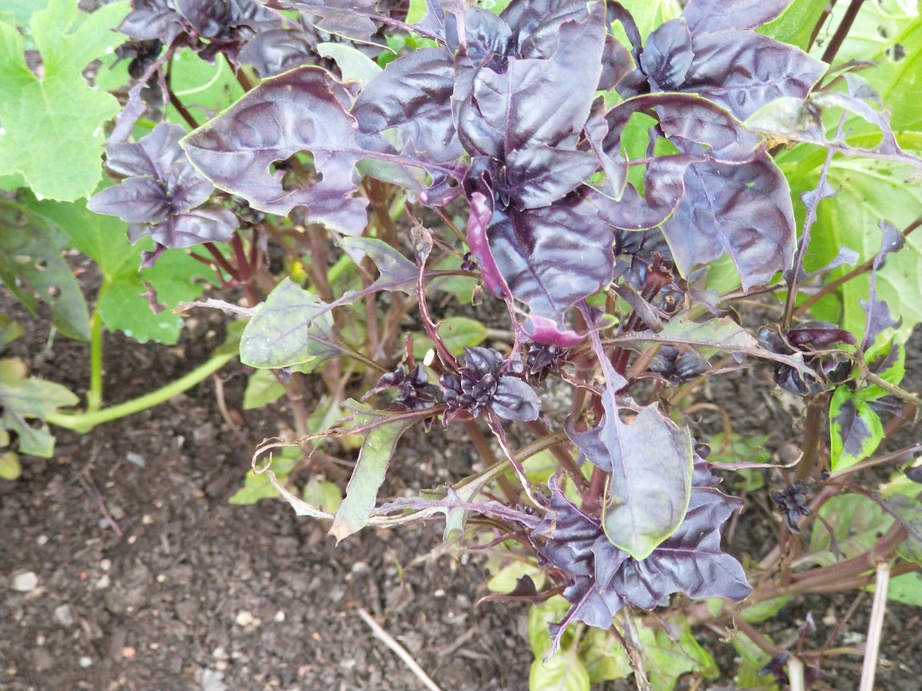 The green Genovese basil isn’t quite as badly affected though it’s still clearly well-eaten, but they seem to have left this other variety with smaller, more pointy leaves completely alone. 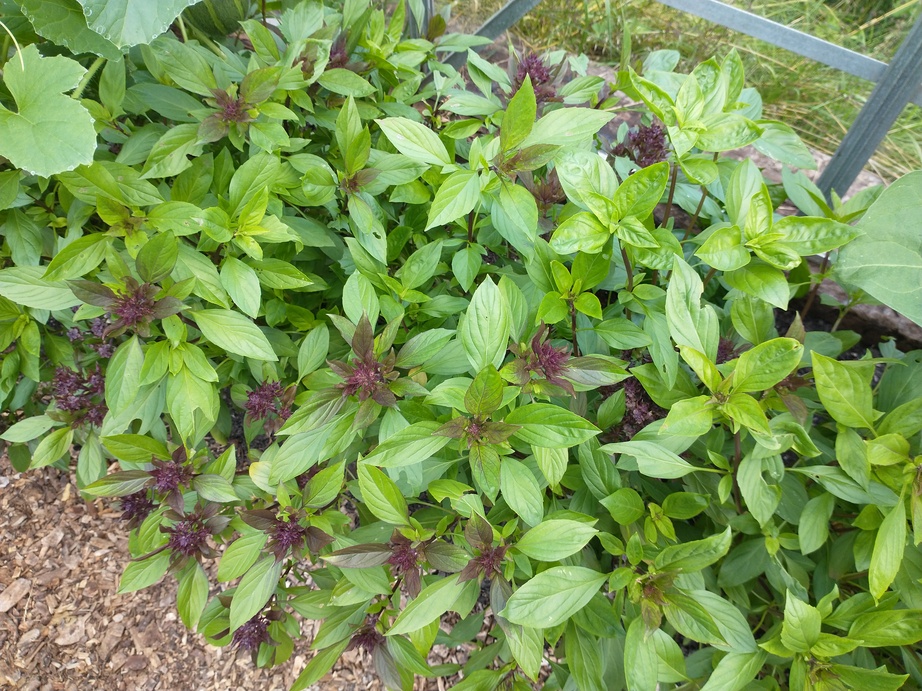 I’m a bit disappointed about the red basil, but we have at least already taken quite a large harvest off the Genovese plants.

As if I didn’t have enough problems with caterpillars, as I’ve already mentioned they’re going hammer and tongs at all the brassicas at the moment. I’ve decided that I just can’t keep them under control with a daily caterpillar patrol. One kale plant I had planted out was reduced to a skeleton overnight 🙁 It perhaps doesn’t help that the wasps seem to have had a hard time this year. I’ve seen very few, and they will take a lot of small caterpillars to feed their larvae. Last year they were patrolling the brassicas on a regular basis. Next year I might look at making a no dig bed well away from the main veggie plot and planting it up with several dozen sacrificial brassica plants. What seems particularly odd is that the butterflies appear to favour the smaller plants, but with so many caterpillars on them there’s no way there’s enough food on those plants for them all to grow fully.

This entry was posted in Smallholding, Veg plot and tagged basil, no dig, potatoes. Bookmark the permalink.