It’s been another awkward day here with a mixture of sunshine and heavy showers. Having got wet several times, I found a large parasol and stuck it in the bed I was working on to keep the rain off, though I still had to keep taking my jacket off and putting it back on again as the temperature see-sawed. I’ve planted out all the sprouts and used space in two adjoining beds for all fifty-four sweetcorn plants that germinated — two blocks of 7×4 plants. Of course that’s actually fifty-six, so I had two gaps. I found a handful of left-over sweetcorn seeds and sowed them in the gaps. If they catch up with the others that will be great. Down the middle of each of the blocks I planted out three butternut squashes and three Uchiki Kuri squashes, allowing an area of about a square metre per plant. I’ve put fleece over them just for a few days whilst they get used to being outside. I have been quite surprised how much difference the fleece makes to soil temperature. It’s noticeably warmer working in a space where I’ve just removed the fleece compared with one that has been open to the elements.

Finally I took the fleece off the parsnips which have now got to the stage of having a couple of true leaves. They could do with a little thinning soon. 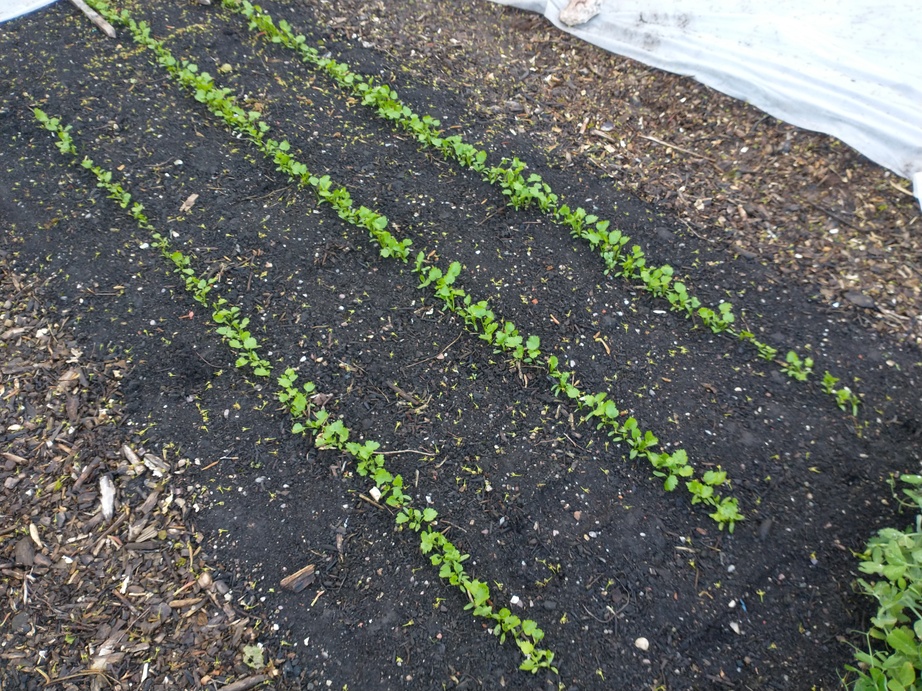 It doesn’t feel like a big reduction in the numbers of seedlings that need planting out, but I think most of the rest will only take up a small area each which will hopefully make the process faster and this weekend’s efforts do seem to have freed up a reasonable amount of space in the greenhouse.

This entry was posted in Smallholding, Veg plot and tagged no dig, parsnips, sprouts, squashes, sweetcorn. Bookmark the permalink.