Quite a busy outdoors day today, some of which was just getting on with tidying stuff up after the winter, but at long last I did manage to get my broad beans (twenty-eight in total from two sowings on 5th and 19th Feburary) planted out. They’ve grown far too much really because I delayed planting them out due to the weather, so I’ve put the mesh cloches that I used last year to keep the partridges off the peas over the top, and used them to support some fleece just to keep the wind off them until they’ve settled in. Ideally I’d say they really only want a month from germinating before going into the ground. 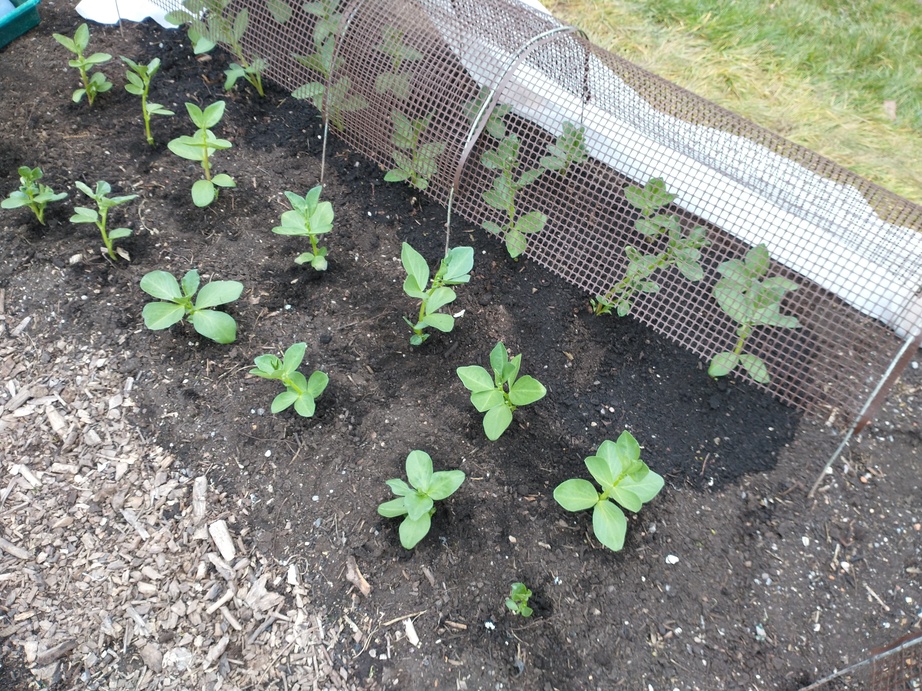 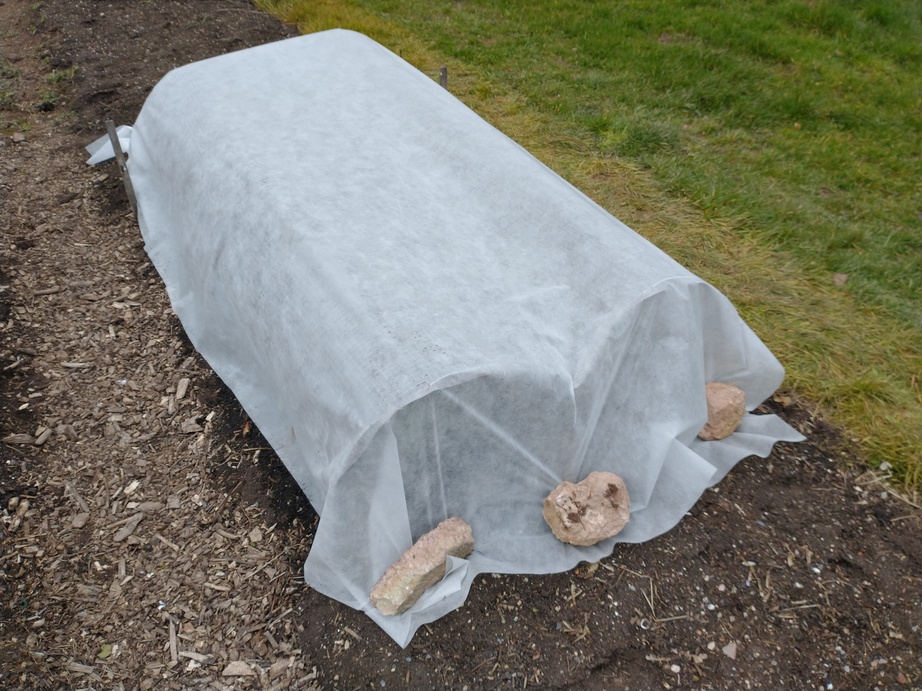 I also sowed my first batch of carrots in rows across the bed, so about just over a metre long allowing for a bit of space either side next to the path I guess. I’m really not sure how well they will do. It might be a bit early yet so is something of a gamble. Weeds are starting to germinate so perhaps the carrot seeds will too, but the weather is still quite unpredictable and the forecasts can be far from accurate, particularly with overnight temperatures. My plan is to sow a row each of Amsterdam Forcing, Maestro and a “rainbow” multi-coloured selection every three weeks or thereabouts until the end of May. To try to help things along a little I’ve also covered them with fleece. 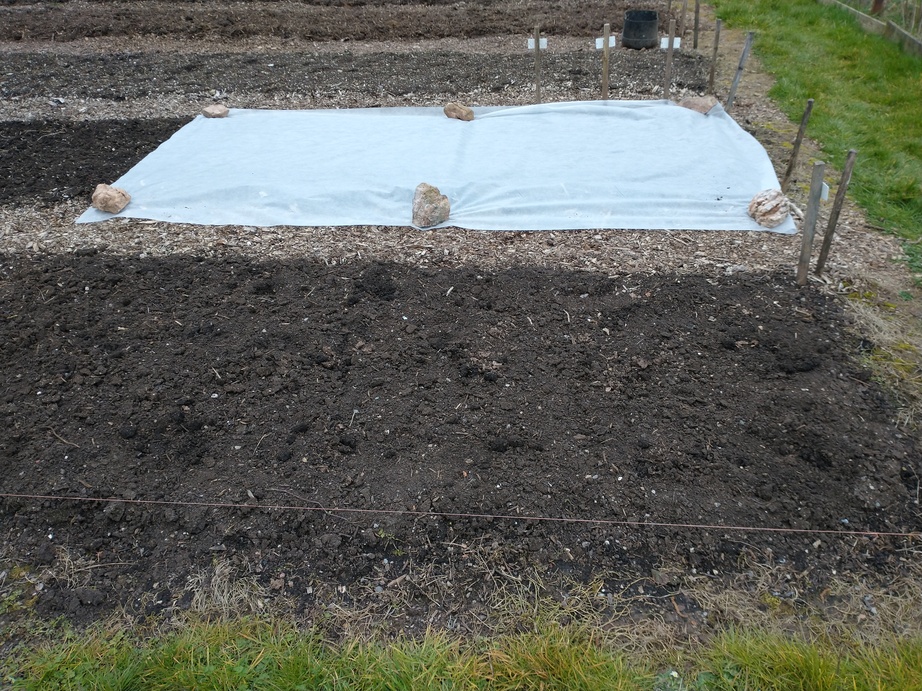 (The nearer bed in the photo has the potatoes I planted yesterday.)

Once the carrots germinate (assuming they do) my intention is to replace the fleece with fine mesh to keep out carrot root fly, and they’ll stay under that until I lift them or it’s too late in the year for the fly larvae to be a problem.

This entry was posted in Smallholding, Veg plot and tagged broad beans, carrots, no dig. Bookmark the permalink.