It seems to be a matter of debate as to whether turning compost is really necessary or not, but this weekend I’ve turned ours just to try to make sure it’s properly mixed up — there were some quite sludgy patches and some very dry, and turning it has allowed me to try to spread things around more evenly.

Turning perhaps as much as three tonnes of compost isn’t too exciting, but in the bin with the older compost I found these: 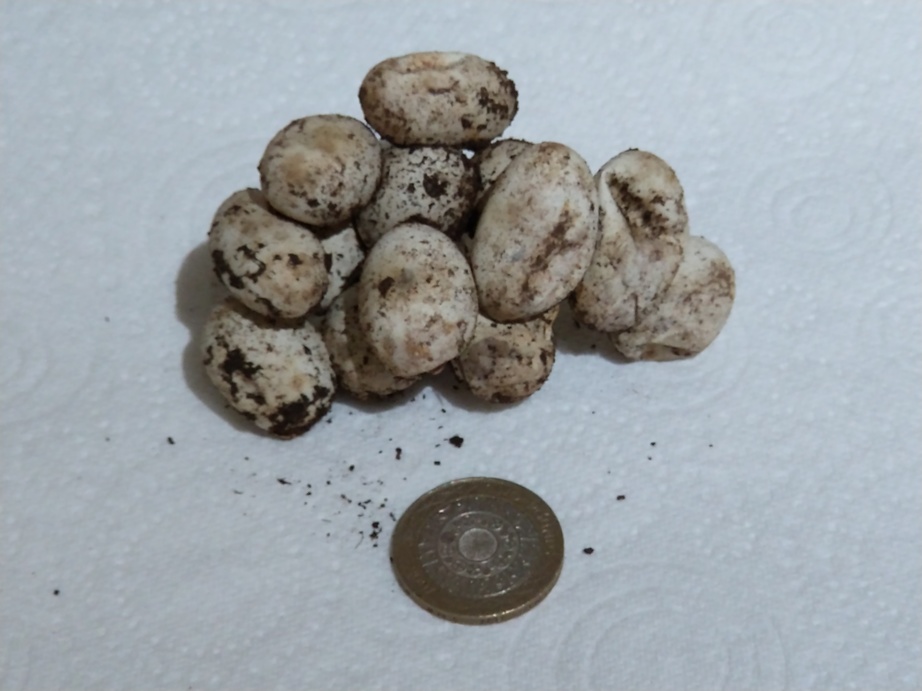 I’m fairly sure they’re grass snake eggs. I know we have some snakes around. Apparently grass snakes are known to create “nests” in compost piles because of the warmth. Hopefully it’s a sign that a number of snakes have hatched and disappeared off into the countryside.

This entry was posted in Smallholding. Bookmark the permalink.