I have now soldered all the resistors and capacitors to the PCB: 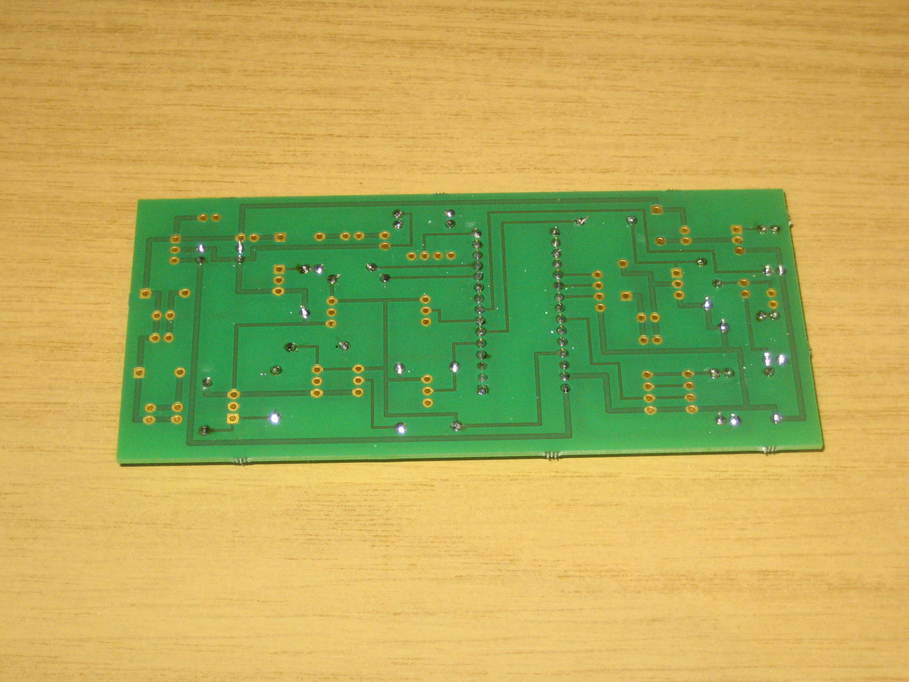 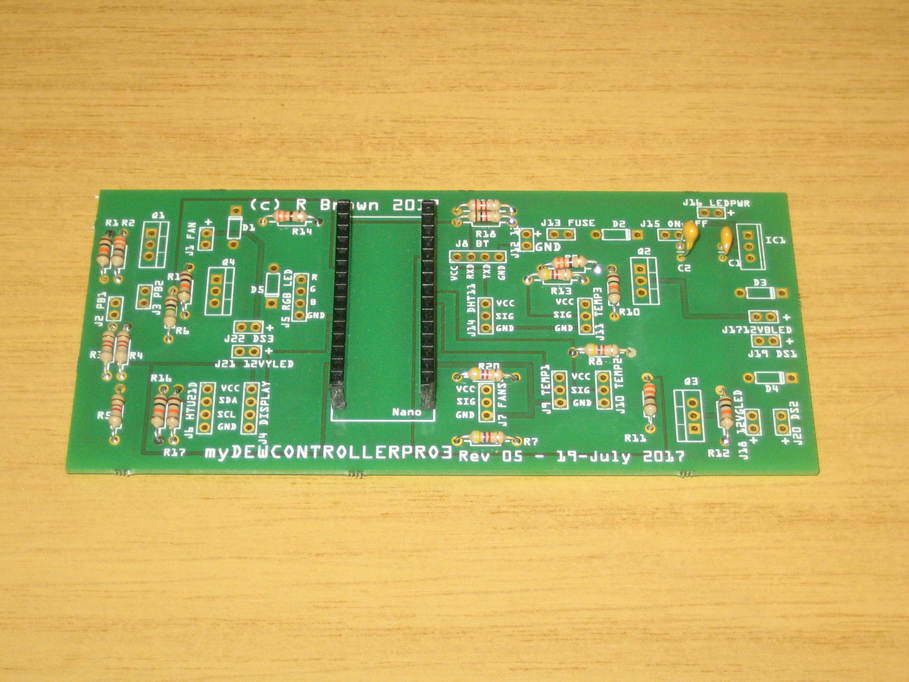 Yes, I have put all the resistors the same way around. I can’t help myself 🙂

My favoured method for dealing with the resistors is to put a group of them in place, bending the leads over underneath themselves to hold the resistors loosely in place, then gently press a bit of blutak over the top of the entire group to hold them on the PCB without moving. Now they won’t shift about it’s a matter of seconds per lead to solder them using the magnifying glass to get a good view of what I’m doing.

The capacitors needed a little adjustment with the pliers to get the leads through the holes, but I didn’t push them down to far to avoid damaging them.

Next I think I’ll do all the pin headers, leaving the semi-conductor components until last so there’s minimal handling once they’re in place.