Not so much progress over the last couple of days. The weather has been quite unpleasant and wandering between the observatory and workshop in the tipping rain doesn’t really appeal.

However, I have now finished painting the warm room: 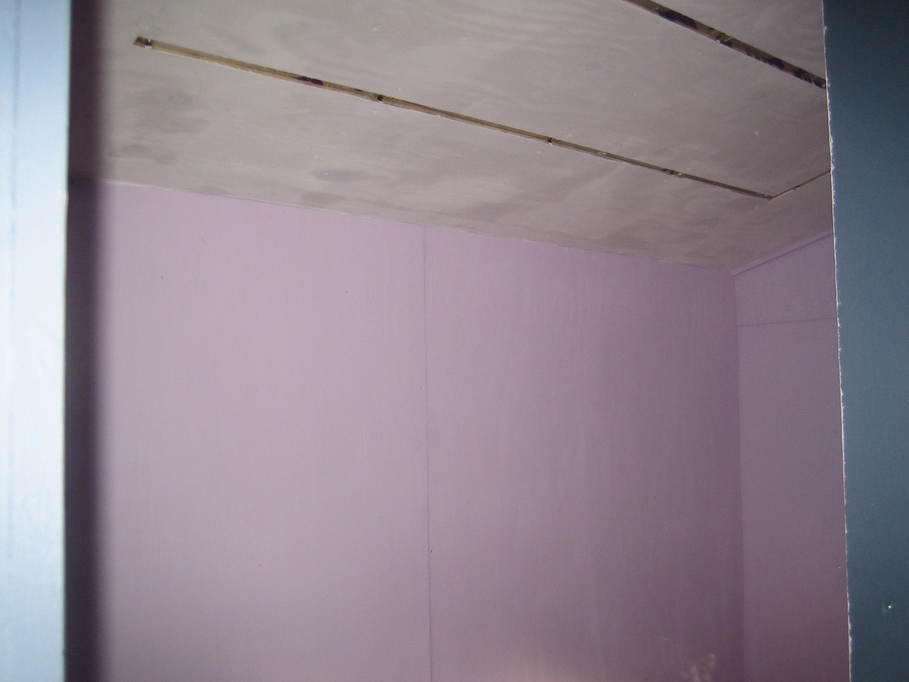 which means there’s plenty I can be getting on with there. Installing the lighting, fitting the desk and chopping up a flat-pack wardrobe to make a storage unit to start with. Brownie points on offer for the latter too, as said wardrobe is currently occupying the space where my wife wants to set up desk for herself.

I’ve also been working on cladding the piers, which has turned out to be very slow work. Not helped by the fact that there’s a possibility a rodent has developed a taste for some of the wiring in the workshop and turned itself into a, err, “dead” short. Every time I enable one of the workshop ring mains it trips the RCD within a few minutes, even when there’s nothing plugged into any of the sockets on that ring. So that’s another problem that needs tracking down once I’ve made room to shift stuff around. Anyhow… I have at least finished cladding one pier and found a bit of wood that can fit on top just to finish it off: 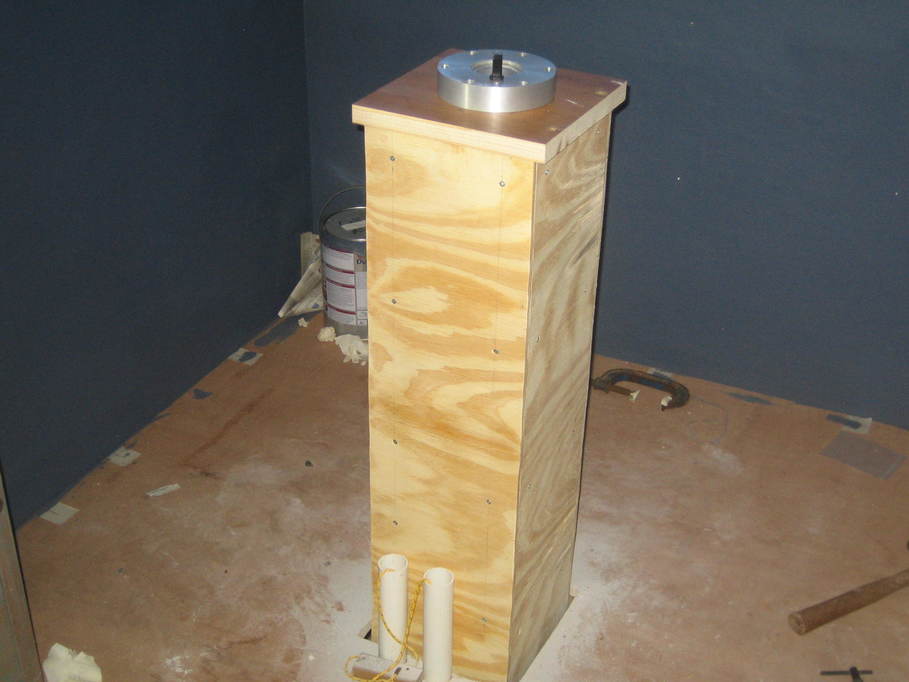 The mounting plate won’t actually go on top as in the photo. I’ll cut a disc out of the middle for it to sit inside. Then I just need to point it north-ish and bolt on a NEQ6. I’d have done that already, but I’m almost ashamed to admit that I appear to have neither a compass nor any suitable M12 bolts! I did at least fix the cladding onto the pier using some of the mountain of rawlplugs (that I had no need for) supplied with the lighting strips. The cladding on the side facing that clamp on the floor has a hole in the top, by the way, so I can get a hand/spanner in for the purpose of putting in the bolt for the mount. In the fullness of time I might make a cover for that, to discourage little creatures with far too many legs from deciding that it would make a nice home.

There was another casualty today. The concrete blocks ate the business end of yet another masonry drill. I’m down to my last one in that size now. I see a Screwfix order in my near future.