Reducing stringing in my 3d prints

I tried printing a couple of 3d printer torture tests (for example, this one and found quite a bit of stringing between the smaller elements that I really wasn’t happy with.

To try to address that I found a quicker test to run and printed it. It’s tricky to see from this photo (would have been far more sensible to print it in another colour), but the back edges of all the cubes are joined by a very thin layer made from the stringing as the printer jumps between the cubes. 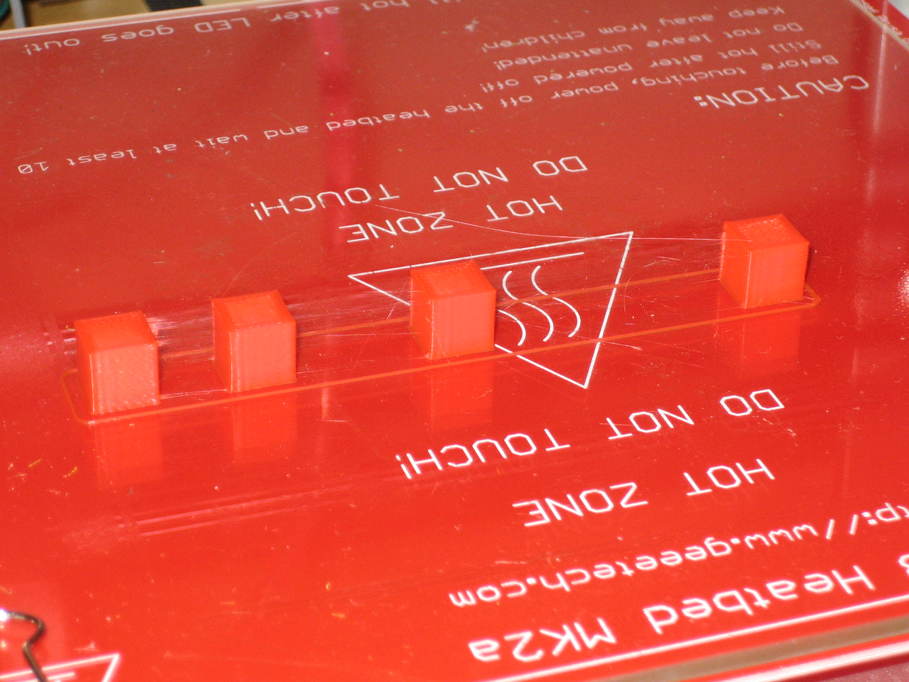 Printing a new test each time I reduced the print temperature in jumps of ten degrees until I had no stringing between the cubes, but at that point I was down to 180C and the printed surface was looking quite poor, so I then started stepping up the temperature again, increasing the retraction distance by 0.5mm each time until I achieved a surface I was happy with and no (or minimal) stringing. That was at 200C with 1.5mm retraction. I could perhaps have gone to 2mm and might still do so.

Another print of the initial test showed significantly reduced stringing and a much better print overall, though the stringing does still exist where the thickness of the print gets down to the same sort of size as the nozzle. I think the better solution there would be a smaller nozzle.