The cleanest seed in all the county…

I allowed some of my coriander to run to seed this year. I didn’t want the seed to replant as that particular variety seems to gallop into flower at the slightest sign of sunshine. I was interested in having some for cooking though. Before the seed fell off the plants I gathered up the tops and hung them in a plastic bag in the polytunnel to dry out.

Once dry, rubbing the seeds between my hands seemed to be reasonably effective at removing the seeds from the stalks, but I ended up with a mixture of material somewhat like this: 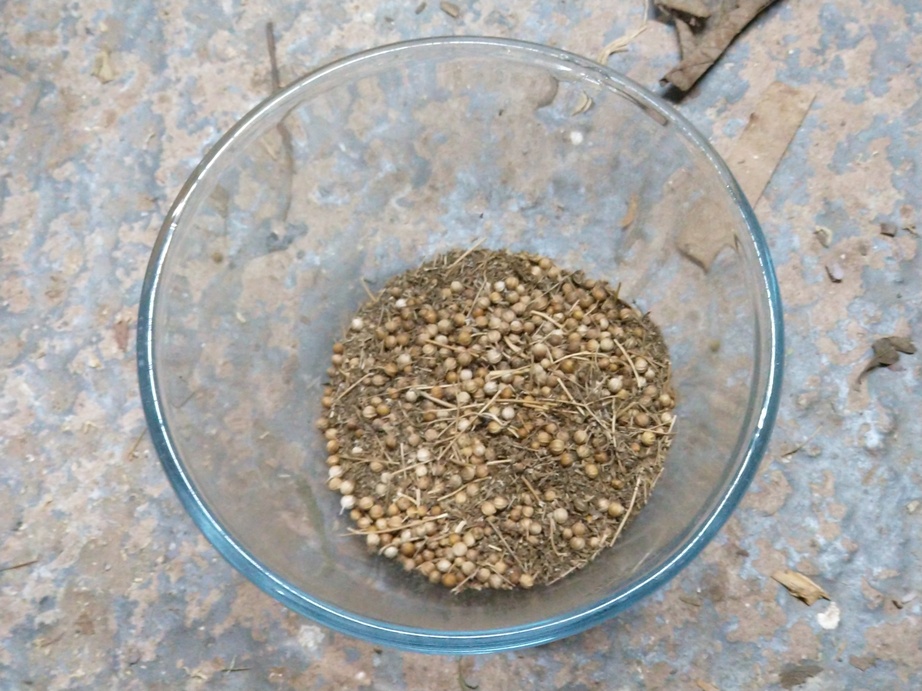 Real Seeds have plans for a “seed cleaner” on their website however, so I decided it was worth putting one together to see if it would work. Here’s the result. 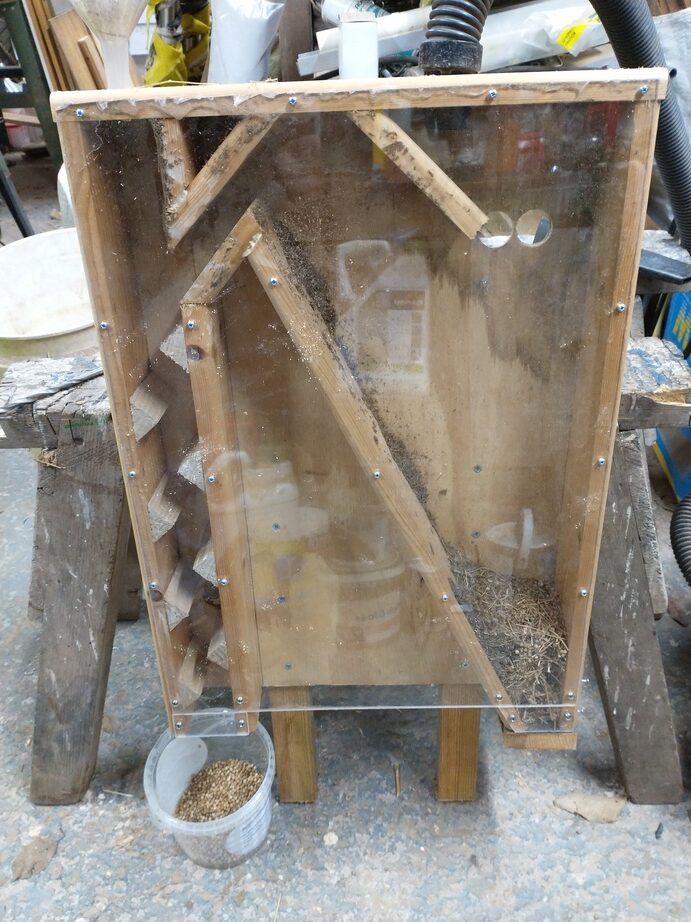 It was all built from bits and pieces I had lying about. I could do with some sort of catch for the flap that keeps the chaff door closed and I might have to buy that, but otherwise not a penny has been spent on this specific project.

I started with a 600mm x 420mm piece of 9mm construction ply for the back. Onto that I drew all of the locations for the various parts to ensure that I got them in the correct places with the appropriate spacing. It also meant I could measure off the angles where timbers join when they’re not at 90° or 45°.

Almost all the rest of the wood is from the slats of an old double bed. It happened to be exactly 70mm wide, so fitted the requirements of the plans perfectly. All the pieces are glued and screwed onto the ply, and where appropriate, to each other. The triangular “steps” against which the seeds fall are actually made from elm that came from the roof of our converted barn, so are probably over 200 years old!

Before fitting the clear front I drilled the holes for the funnel, vacuum hose and vents using a hole saw and screwed on the legs. The perspex sheet has been sitting around in the workshop for years. I actually have no idea where it came from. It may have been left here when we moved in. It wasn’t quite long enough so I had to extend the parts covering the bottom of the channels at each side. Even the screws holding it on were left over from fitting some lights in the workshop — they were supplied with the brackets and I didn’t use them.

Finally the flap at the bottom of the chute for the chaff is made from a scrap left over from flooring in the barn conversion, which I have been told originally came from a church in Winchester so is probably quite an age too. It’s attached to the sloping side of the chute by a hinge, and for the moment I have a couple of screws on the other side that means it can be kept closed with an elastic band.

The vacuum is quite powerful and I possibly need another vent hole despite the nozzle not being a tight fit into the top. I didn’t have a hole saw of quite the right size, so what I’ll probably do is 3d print an insert of the correct size and stick it in with silicone sealant. I also really need a large diameter funnel and a proper set of feet rather than just resting it against the saw-horse.

As it is though, it did a fine job. I poured all my coriander mess through and ended up with these: 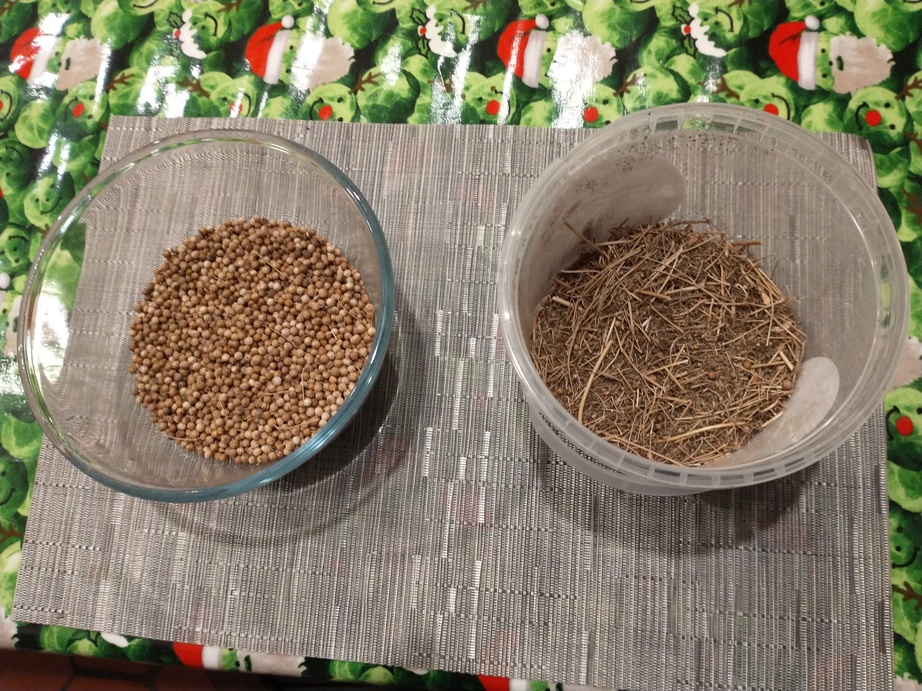 There are a small number of bits of stalk still attached to the seeds so I might have another go at loosening those and the put the seed through for another pass. Oh, I also found a dried-out caterpillar chrysalis too. Good job that didn’t end up in someone’s dinner 🙂

Overall though, I’m really pleased with this. I didn’t exactly spend a lot of time on it and it has done a fantastic job.