After mowing the apiary and doing a bit of watering in the greenhouse this morning I found a larger pot to transplant the pineapple into. The roots weren’t actually as large as I was expecting given that it was bowing the sides out in the 3″ plastic pot it was in. Hopefully it will be happy in this one for the winter, in the kitchen window. 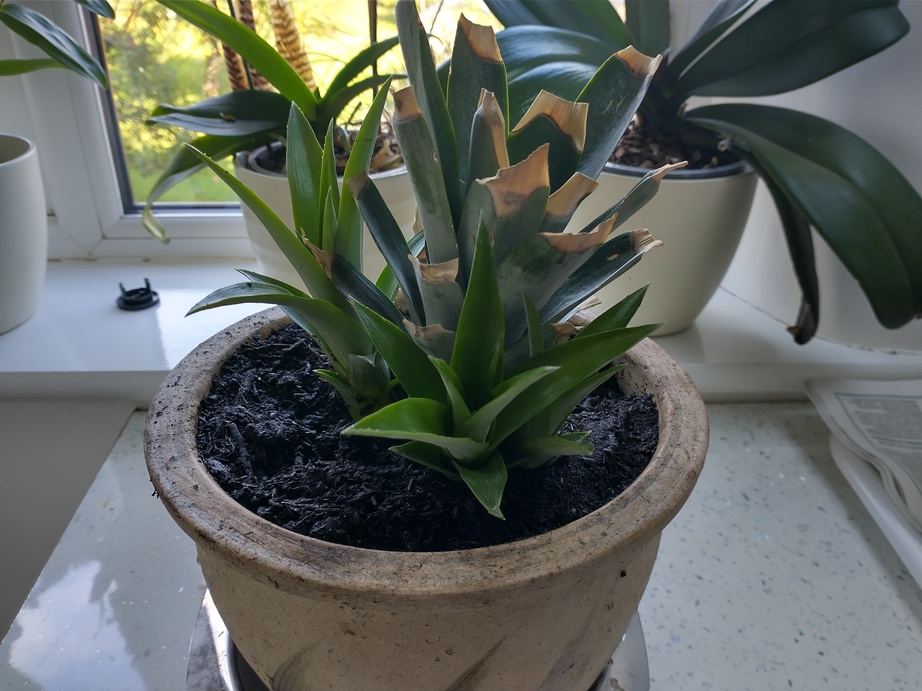 The dull green leaves are the original plant, with the three brighter coloured new ones growing around it.

I ran out of time to harvest apples, but as I really need a lot of my saved cardboard shifting (it’s in the log store blocking access to the logs which we’ll quite possibly be wanting to get at in the next few weeks), I did start work on the asparagus bed, which is going to go right here: 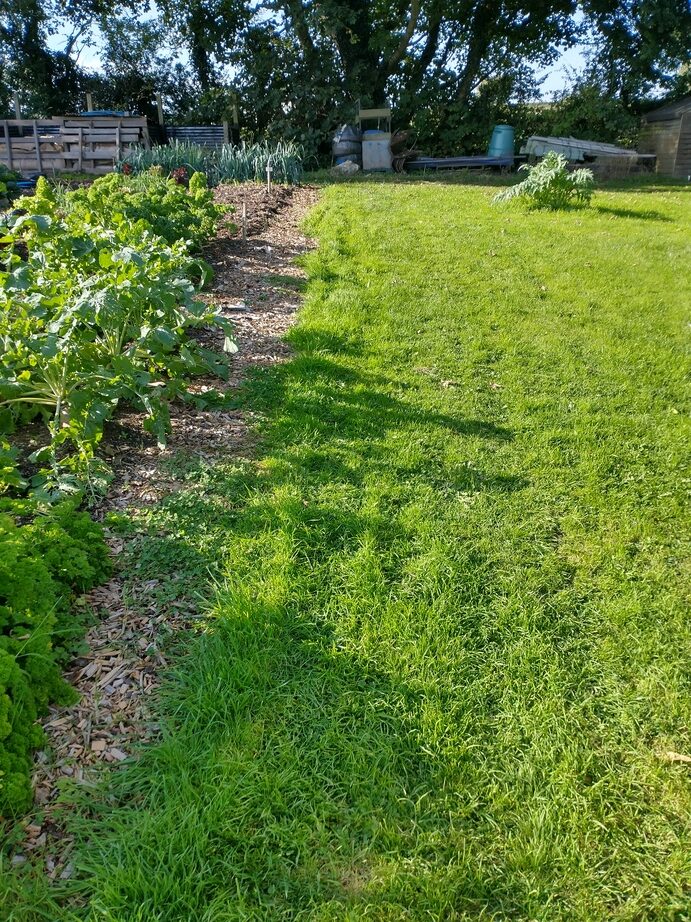 It’s going to be another 1.2m wide bed about 15.5m long. I marked out the bed and path and then mowed the grass as short as the mower would allow. I went to fetch a shovel and fork from the “two-holer” (our veggie plot toolshed genuinely is a disused outside toilet) and found that some squatters have moved in. 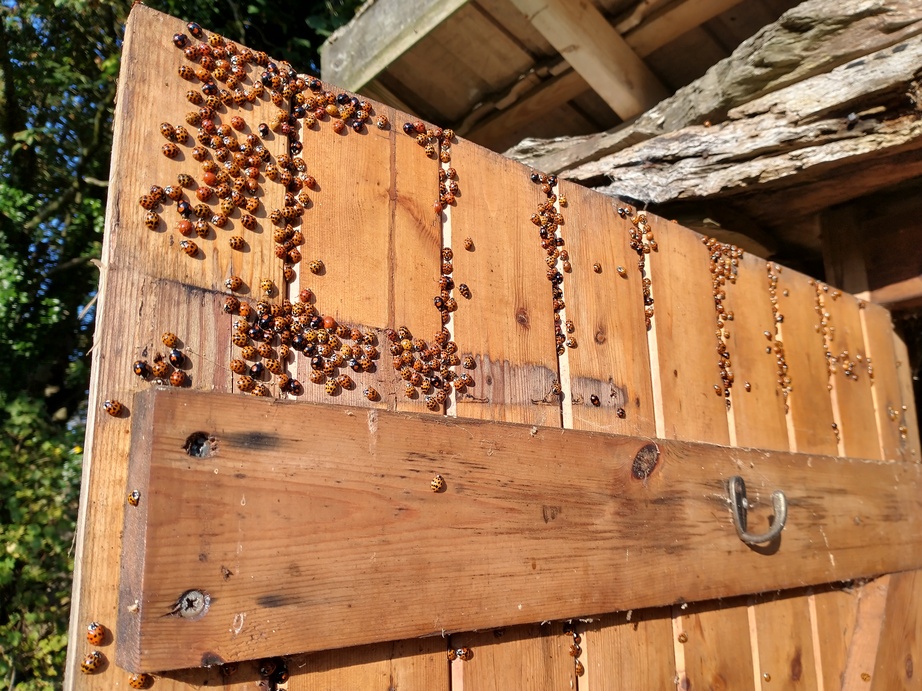 The air was full of them, too. They kept landing on me and getting caught in my hair or falling inside the collar of my shirt, which isn’t very pleasant when their reaction to stress is to release a foul-smelling liquid 🙁

Anyhow, I loaded up the trailer with some of the larger pieces of cardboard and covered about half the area of the new bed. 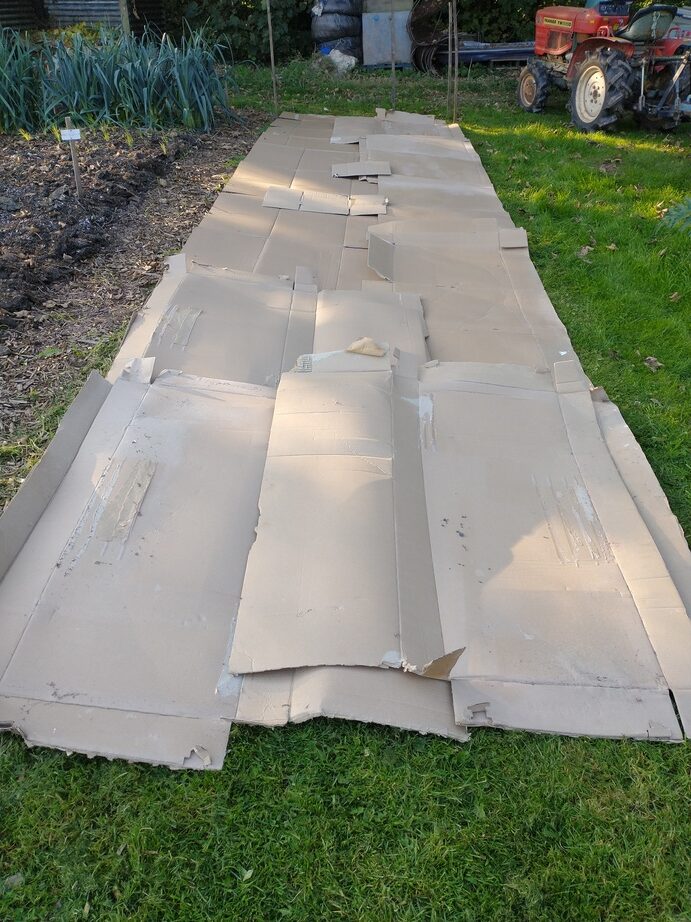 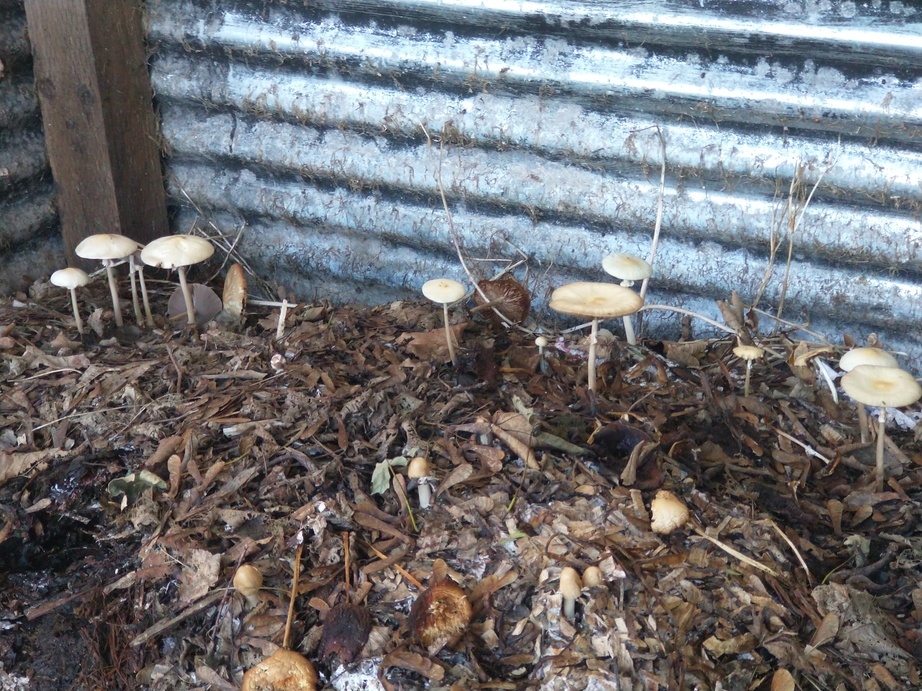 The compost was still slightly warm so clearly it hasn’t finished breaking down yet, but I needed to spread it on the cardboard to keep it in place and I shan’t be planting anything there for at least four months and perhaps nearer five, so I’m sure it won’t do any harm. I’ve spread it quite thickly for this bed (the suggestion seems to be to use about 4″ on a new bed, but I’ve probably got at least 6″), and tried to even out a bit of a slope in the ground. 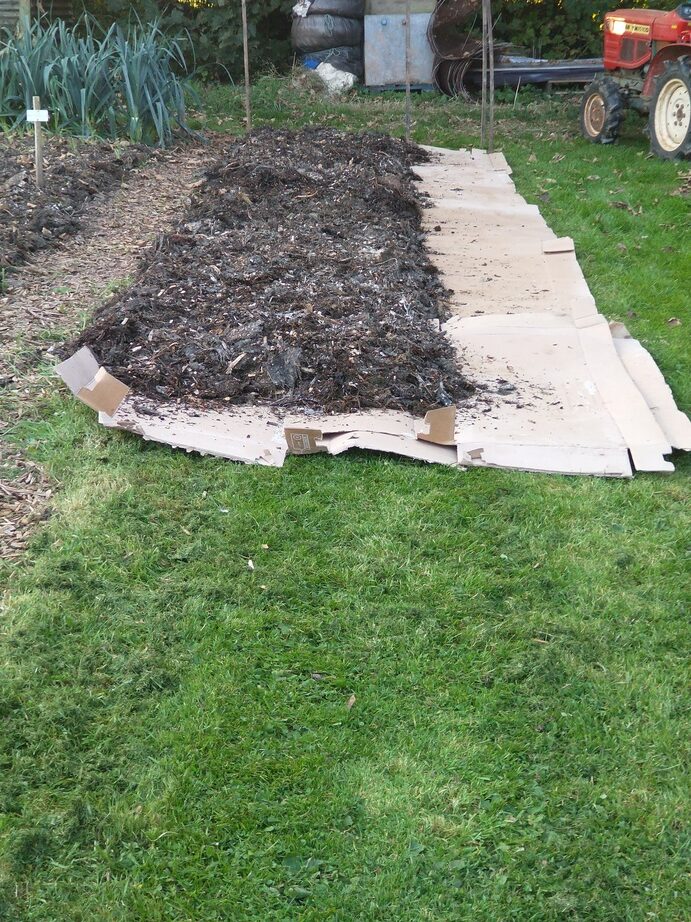 Hopefully I can get the rest of the bed finished tomorrow. Then I’ll put at least one more layer of cardboard down on the bare section to the right (which is going to be the path around the outside) to try to stop the grass and weeds getting through too quickly and cover it with a decent layer of woodchip. I still have another path to make on the other side of the plot too, so perhaps I can get that done at the same time.

Some of the seed companies sell ten each of early, mid and late varieties of asparagus crowns which seems like it might be a good way to start. I might be able to squeeze three plants across the bed depending on the spacing requirements, but even if I just go for two rows I’ll probably only need half the length of the bed. I can’t decide at the moment whether I’ll grow some more plants from seed (because it’s a lot cheaper), or maybe use the rest of the bed for something different — possibly some currant bushes and blueberries/gooseberries or something like that.

This entry was posted in Smallholding, Veg plot and tagged asparagus, no dig, pineapple. Bookmark the permalink.