These are my eight leaf radish plants in the polytunnel 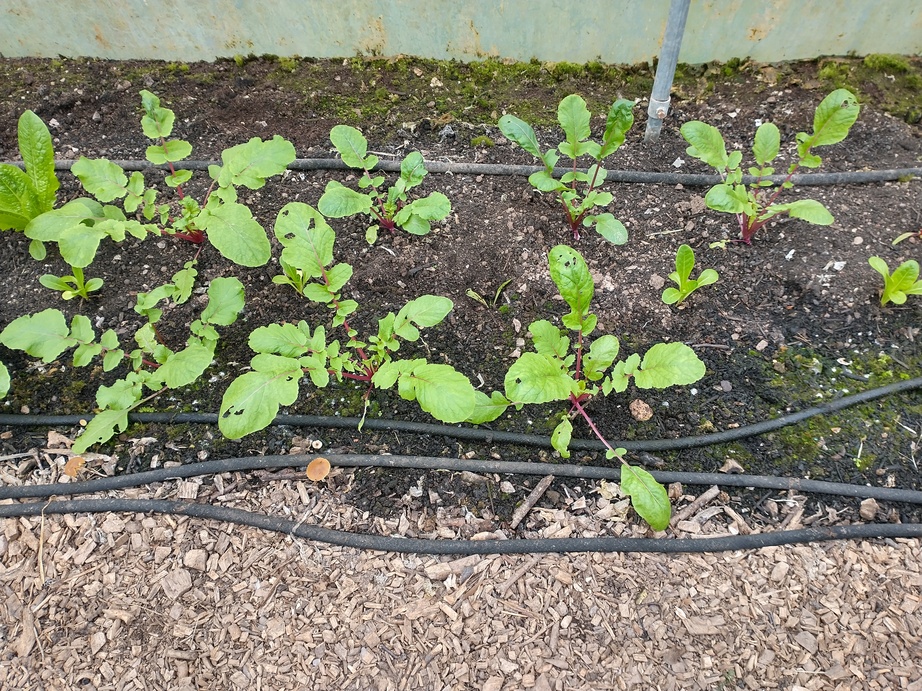 Or they would be, if one hadn’t gone missing last night. I found its remains about twelve feet away over the other side of the tunnel with the root mostly missing. I really don’t think it’s slugs. And in fact, given that the plants are about 10″ tall, I suspect it wasn’t a mouse either. I’m thinking that it may well have been a rat. To add to the annoyance, some of the plants that I put in yesterday to replace ones that had already disappeared also went missing overnight 🙁 Measures will have to be taken.

The gardener came back this morning to finish off the work he’s been doing for the in-laws, so I fed another three trailer loads of stuff through the shredder. I’m pretty much on the point of declaring compost bin #1 full once again. We still have apples to press, so I might add the spent pomace from those mixed with some chipped wood and then start on bin #2.

I also managed to fill another two dumpy bags with fallen leaves. Fortunately I discovered another seven empty bags, so I don’t think I’ll be going short for a while.

This entry was posted in Polytunnel, Smallholding, Veg plot and tagged compost, no dig. Bookmark the permalink.