It’s been rather autumnal here this holiday weekend and I’ve been out in the garden a bit, planting out the last of my brassicas (PSB and spring cabbage which were really only “spares” anyhow, but since I have the space…). I’ve also sown seeds for winter salads that I’ll split between the greenhouse and polytunnel once the current crops are gone.

At last the nasturtiums I planted are finally doing the job I intended of them: 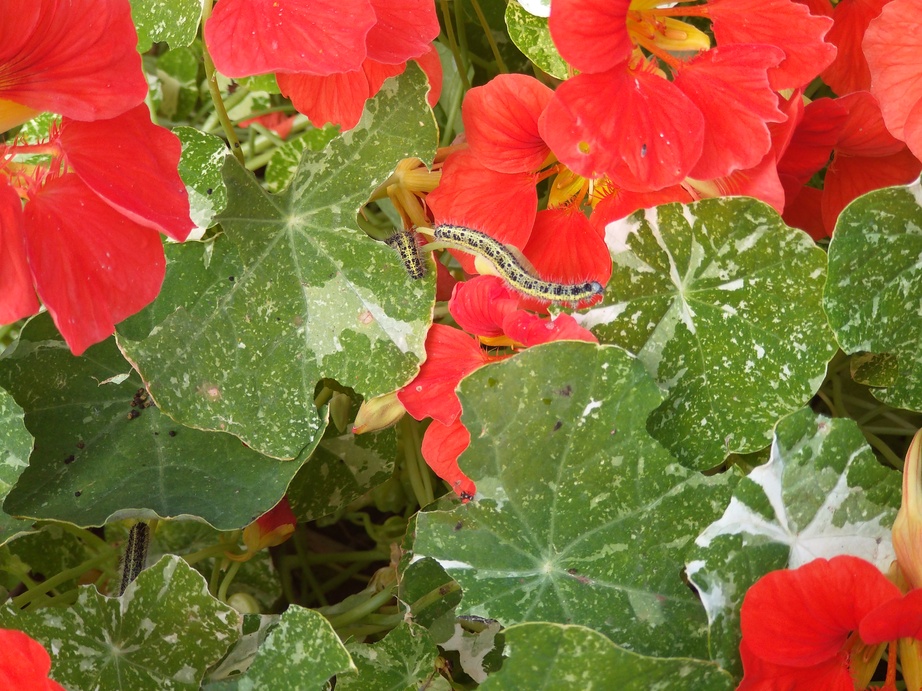 I’m quite happy for the caterpillars to eat these. I’m confused as to why the butterflies have waited until now to start laying eggs on them though. I wonder if they’re looking for easier targets now the brassica leaves that are easier to get at are larger and tougher. Pleasingly there were also huge numbers of bumble bees and honey bees visiting the flowers.

And talking of eating things, something is going after one specific variety of my lettuce. These are red Little Gems, next to other varieties that have been left untouched. 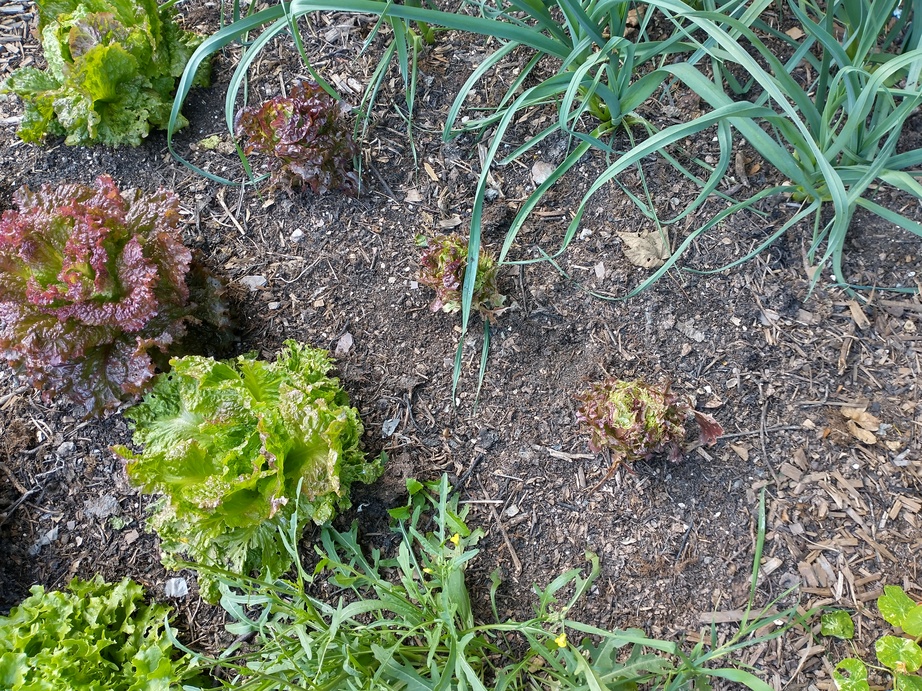 And others, further down the same bed, these have been pretty much destroyed. I have no idea as to the identity of the culprit or why this specific variety has been targeted. I’m sure slugs wouldn’t be that fussy, nor rabbits. I wonder if it might be some specific variety of caterpillar of a butterfly or moth that is attracted to their particular shade of red? 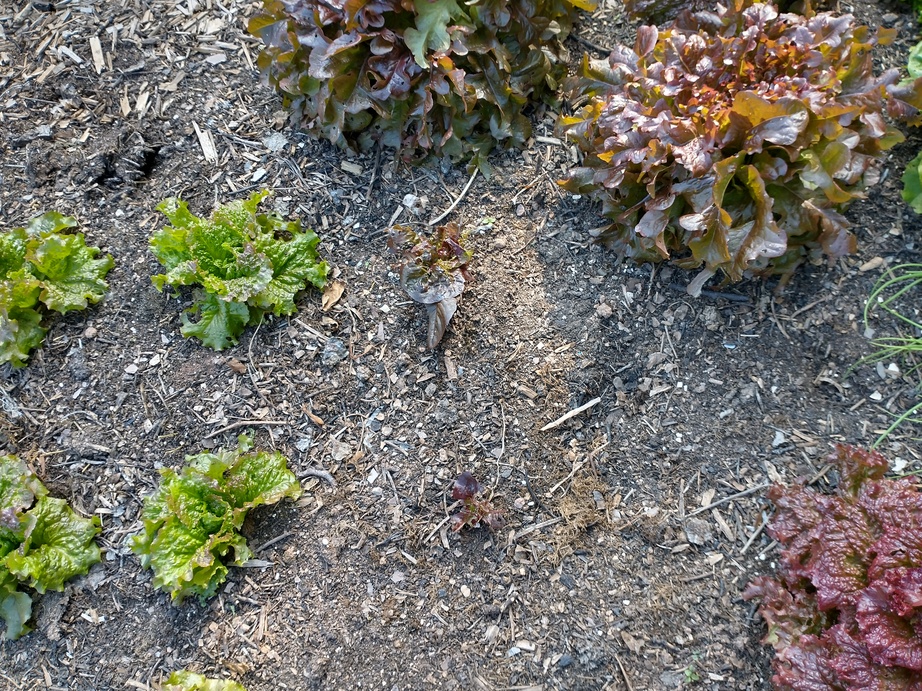 A few caterpillars have still found their way onto the sprouts unfortunately. These ones are heading for the compost heap 🙂 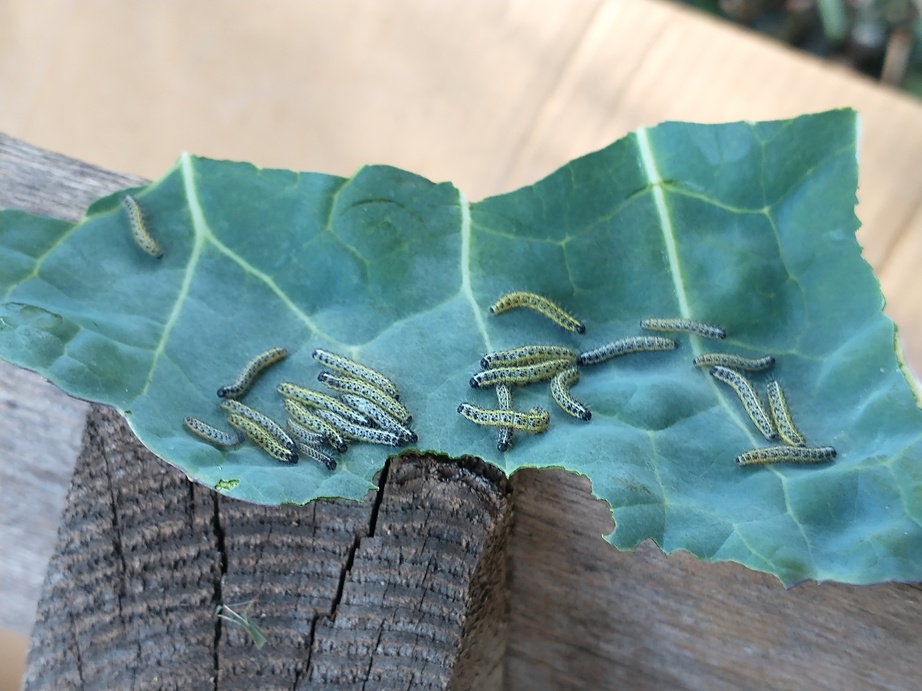 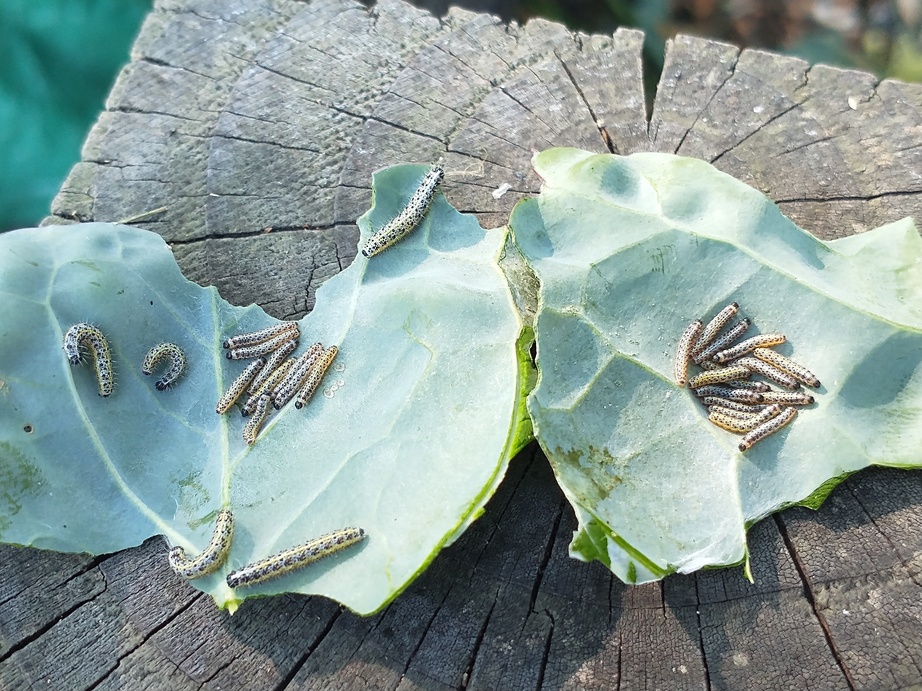 And on the subject of sprouts, I have some! Obviously not even close to ready yet, so probably they’ll be too late to get on the boil for this Christmas 😀 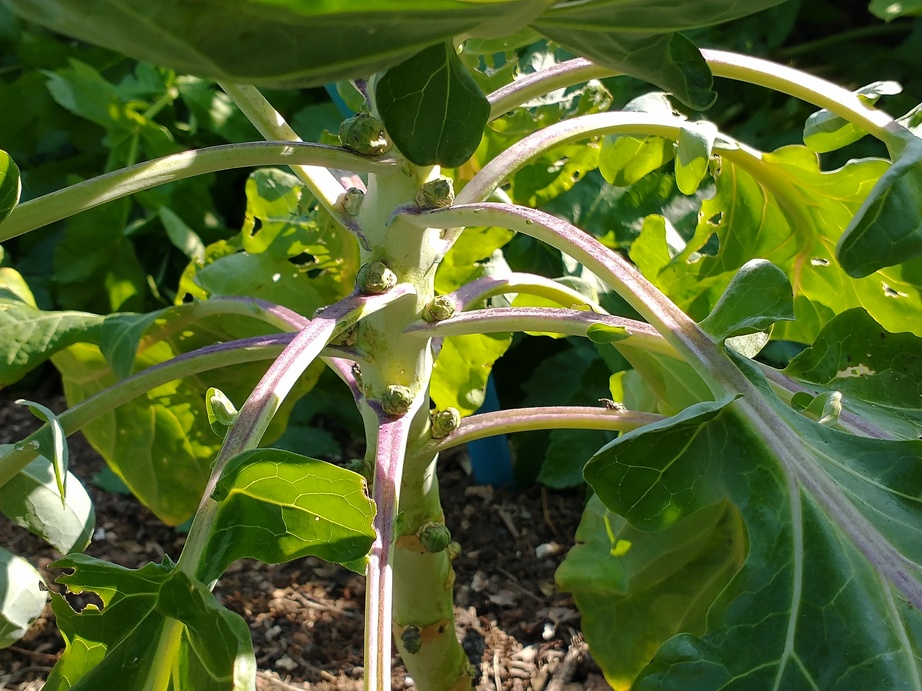 The caterpillars have also taking a shine to some of my wild Rocket. Perhaps no surprises there, as I’m fairly sure it’s part of the brassica family. I can live with this too. It was running to seed anyhow. In retrospect I don’t think it’s a great choice for summer planting. 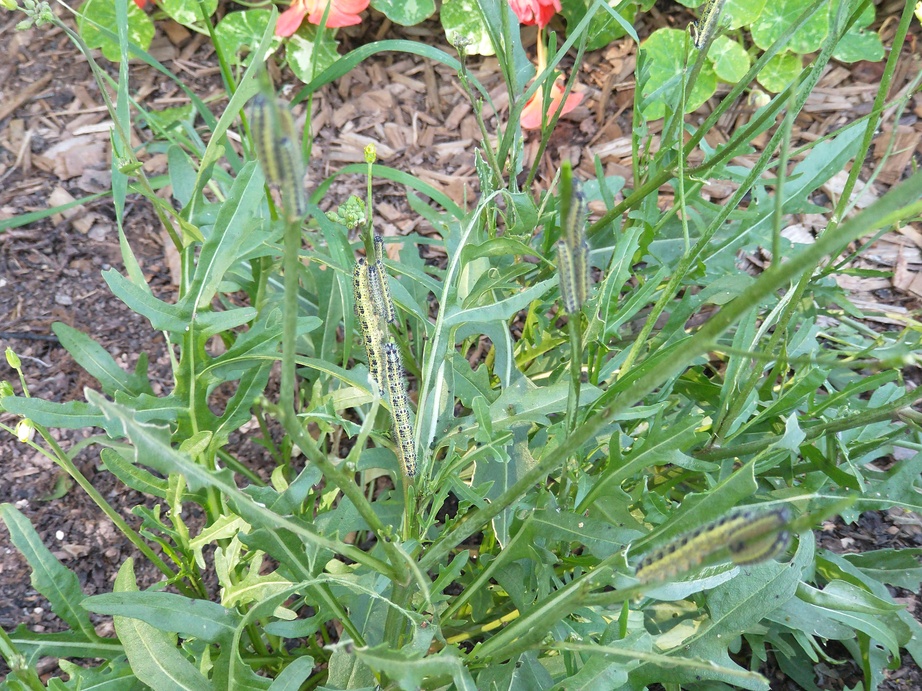 This entry was posted in Smallholding, Veg plot and tagged lettuce, nasturtiums, no dig, sprouts. Bookmark the permalink.