Much of the day was taken up by finishing off cutting back overhanging trees in the orchard and feeding the brash through the shredder. I nearly ran out of room in the trailer! 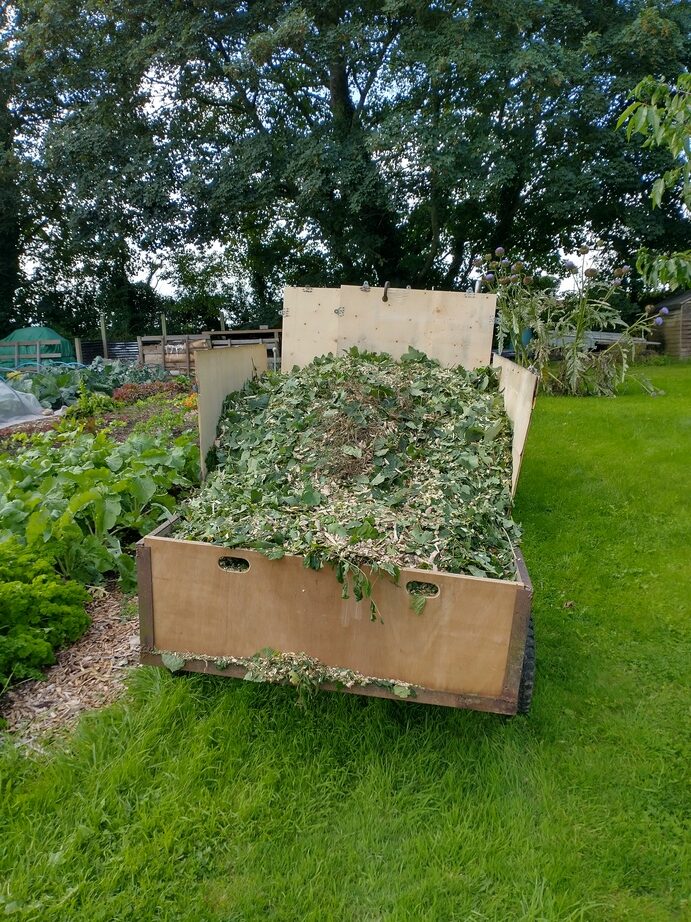 I’ve already used about half of that to make some new paths around the no dig beds. Out of shot to the left of the photo, perpendicular to the veggie beds is a long bed of raspberries with a gap of about 1.8m to the end of the veggie plot. It’s awkward to mow, so I’ve now put a 90cm wide path of several layers of cardboard covered in the woodchip down the side of the raspberries and extended the paths between the veggie beds to meet it, the idea being to extend the veggie beds by 90cm and remove the need to mow that strip altogether. I didn’t get around to actually extending the beds today though. I dumped the larger stuff from when I sieved some of my green waste compost the other day into one of them, but I just ran out of time in the end.

The rest of the shreddings went into another dumpy bag so I can use it later.

Standing in much the same place later on I was struck with by a feeling of enormous contentment to see so much ground still producing food for us to eat. I don’t think I’ve had so much space producing food at the same time ever before, especially with comparatively little work. 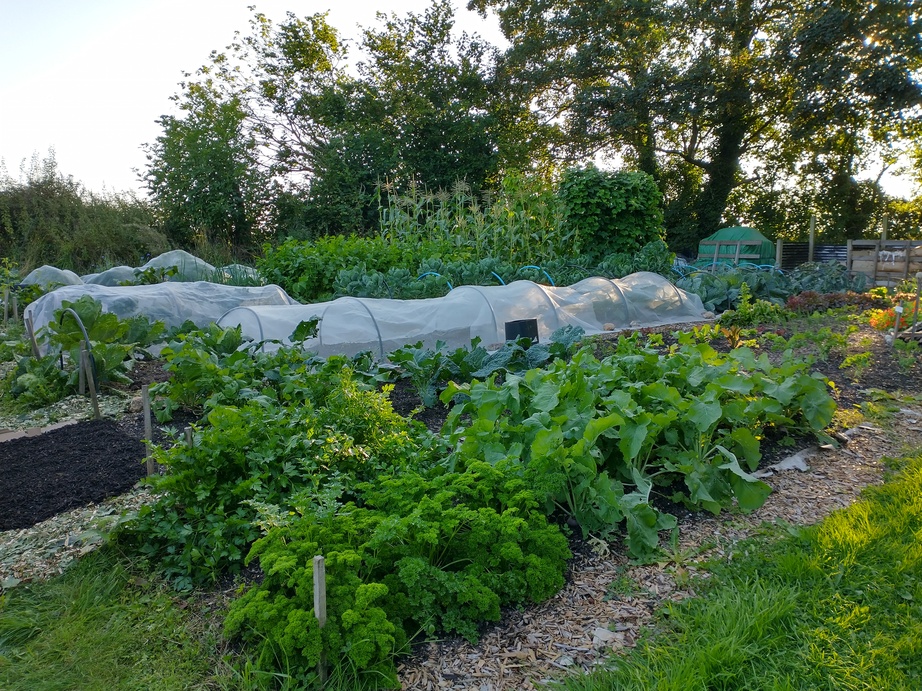 The nearest bed has flat and curly leaf parsley, swedes interplanted with radish, kale, some empty space and leeks out of shot at the far end. The next has PSB, cabbages, lots of lettuces, some spring onions and more leeks. Then all sorts of brassicas, some small ones still under the mesh. More brassicas again in the fourth bed, including lots of sprouts growing up between the blue pipe supports for the mesh. After that there’s some beetroot, yet more leeks, parsnips, sweet corn combined with squashes, and runner beans. Behind them under the mesh are carrots, then more sweet corn and squashes, borlotti beans and french beans. Finally, hidden by everything in front, in the last bed are a few more cabbages, some empty space where I recently lifted the maincrop potatoes, then courgettes, more beetroot and spring onions.