A new toy for the garden 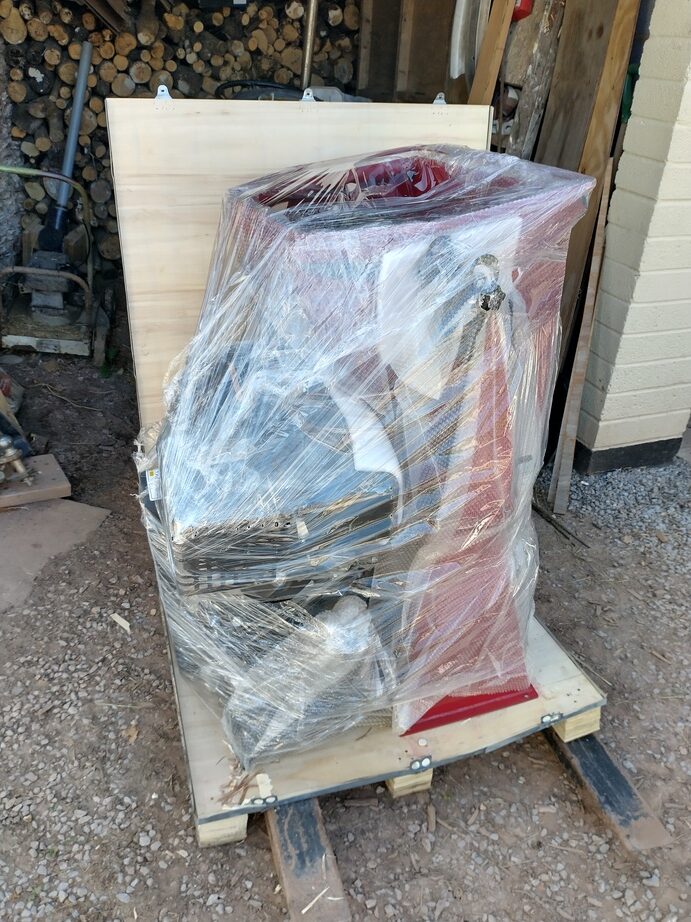 I’ve been thinking we need a decent size shredder/chipper for a while, but couldn’t really justify the cost. We have a lot of material that’s just too big for the little electric shredder though, and when this one came up for sale with a discount it seemed like a good choice. I’d rejected most of the smaller models in the 6bhp range because the reviews often weren’t confidence-inspiring in some cases, and many of the models just drop the chipped material on the floor which isn’t that helpful if I want to take it elsewhere in the garden.

So, this is a Crytec Vulture 15bhp model, with a removable tow-bar and manual start. There are lots of models with electric starts, but I’m not going to be using it every day, nor even every week, so a battery becomes more of a liability than a benefit. In fact it looks very similar to many other models on the market. They all seem to have slight variations in colour, engines and ancillaries, but fundamentally they all look like they might well come out of the same Austter factory. In fact Crytec have a link to a video showing how to assemble the parts in the crate and the chipper in the video isn’t in their colours and doesn’t have their logo. It’s claimed to chip wood up to 120mm in diameter, but anything that big is fuel for the woodburners as far as I’m concerned, so hopefully I’ll be able to chip pretty much all my tree waste to use on the garden or mix into compost.

The crate was fairly well packed with all the bits that need to be fitted, but the engine and drum all come ready-assembled. 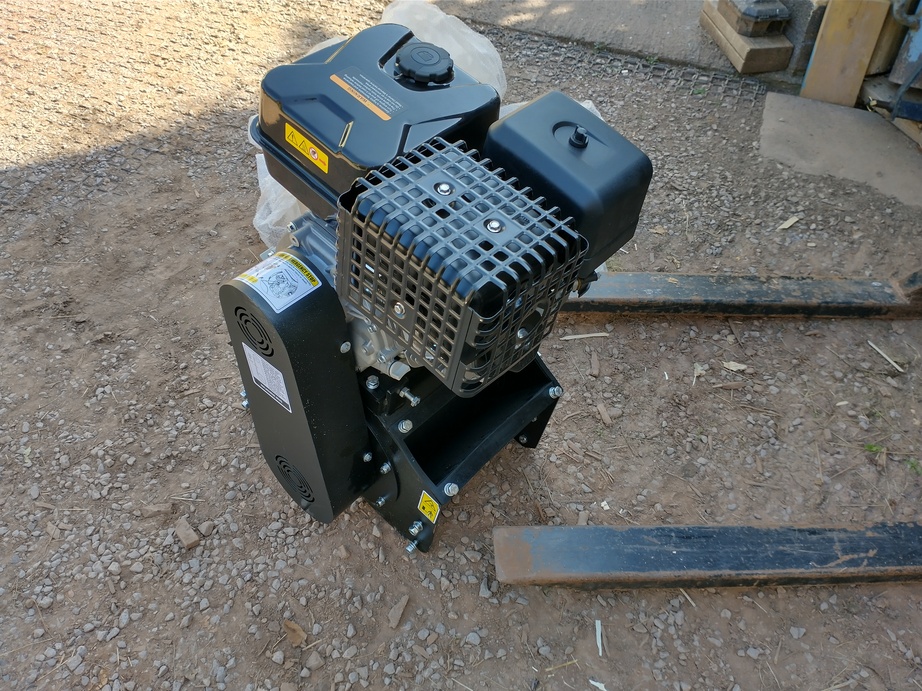 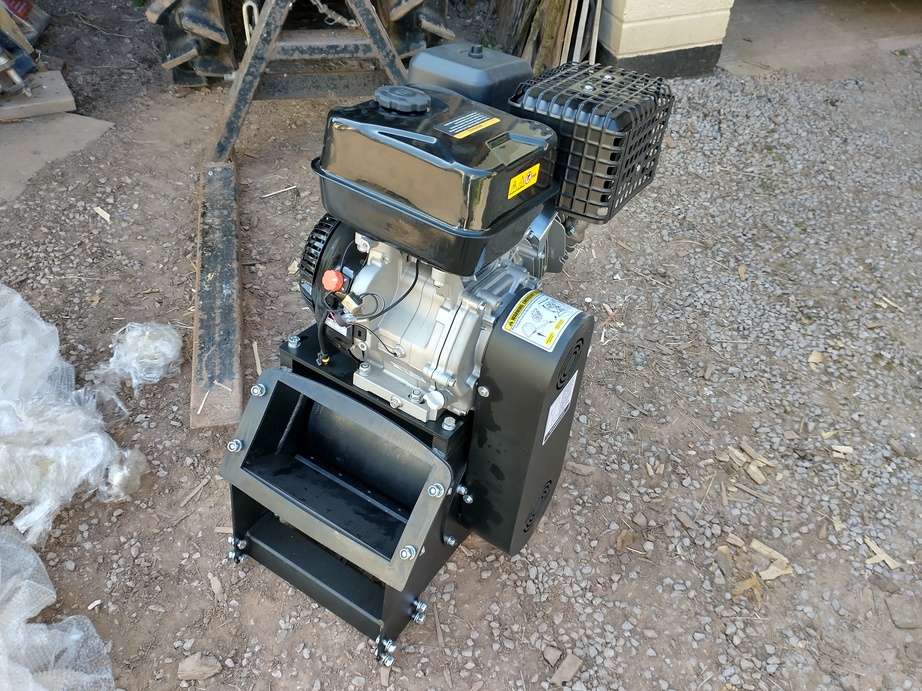 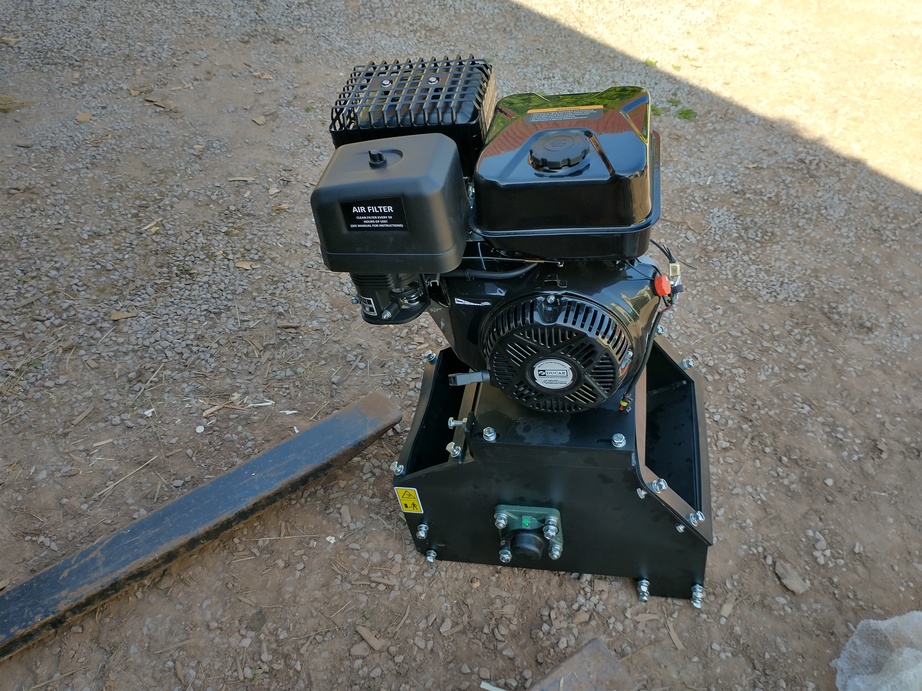 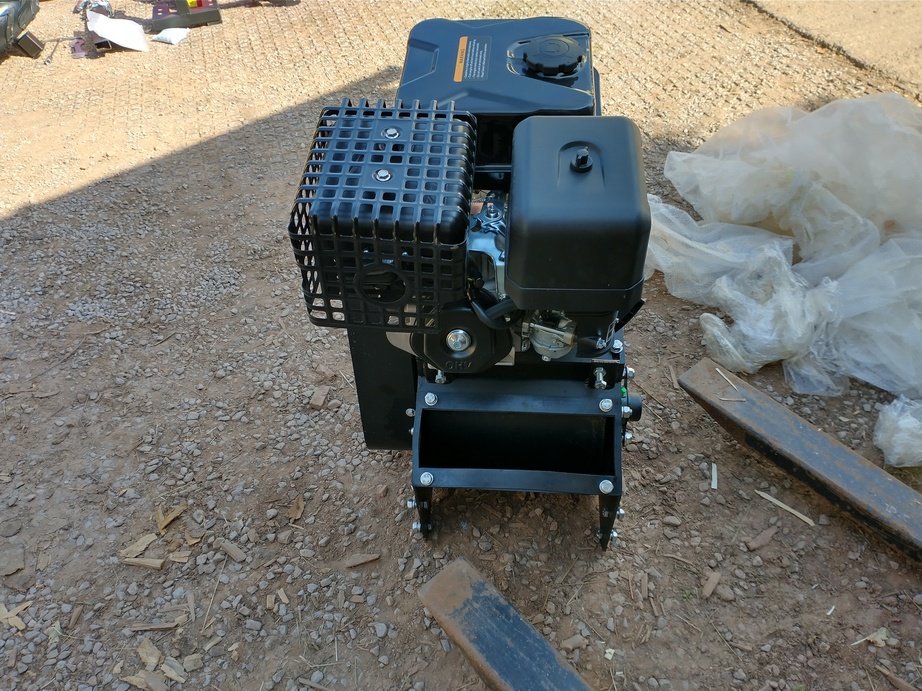 And these are all the other parts, separated out. 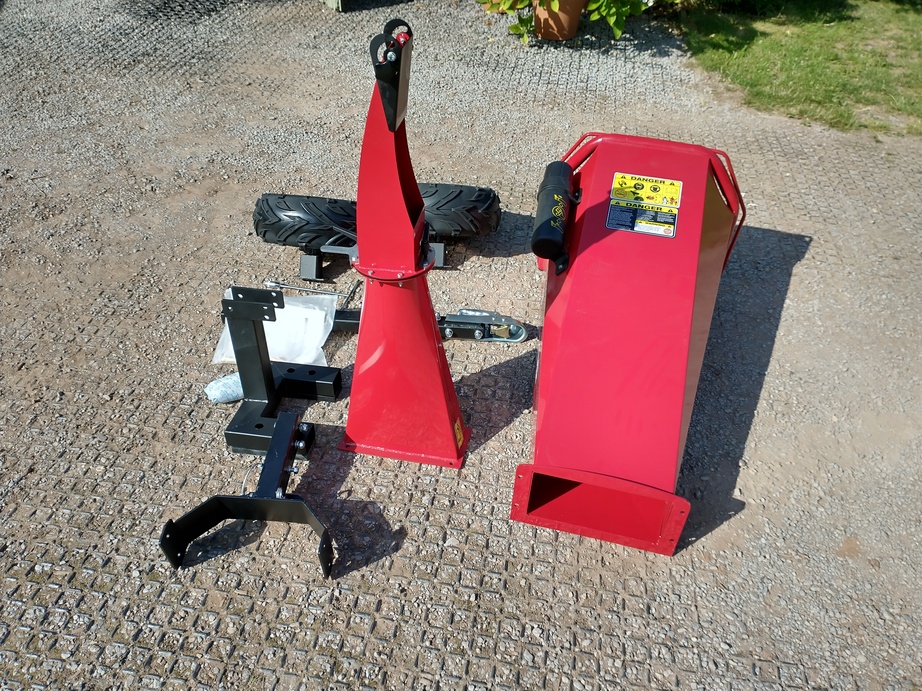 Other than the online video there are no assembly instructions. The engine and drum are quite heavy (the assembled weight is claimed to be 180kg and the engine and drum make up most of that) so some of the assembly really requires two people, but the rest can be done by one person. I first leaned the engine back against a wooden block to allow me to fit the wheels which are just four bolts each, then rocked it back the other way, chocking the wheels and resting the bottom of the drum on a wooden block to allow the stand and towing hitch to be fitted on. That meant it was mobile, which made life much easier. The only major parts to be fitted after that are the two chutes for feeding material in and where the chips come out. These were much easier with two people — one supporting the weight whilst the other puts the four bolts in each.

And that really was pretty much that.

All that remained was to fill the engine with oil, put some petrol in the tank and check the engine fired up, which it did pretty much first pull on the starter. I also checked that the emergency stop did indeed stop the engine. I can say that it’s loud. Ear defenders are an absolutely necessity. Standing next to it the two of us couldn’t hear each other talking.

I need to check the belt tension, but otherwise the next step is to get out and test it. I actually have a pile of sycamore that I cut a couple of weeks back where it was overgrown, so I’ll give it a go with that.

This entry was posted in Machinery, Smallholding and tagged chipper, compost. Bookmark the permalink.