This morning I made up a temporary drying rack for the onions by laying some 15mm mesh plastic netting over a large piece of weldmesh. This is all of the onions I lifted yesterday. I think I’m going to need more space. 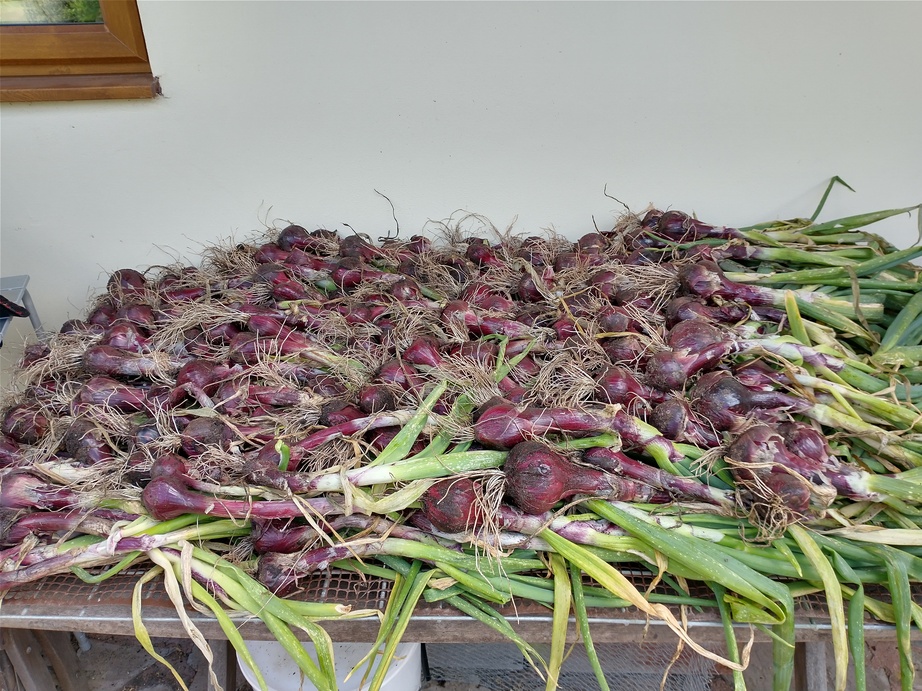 It’s tempting to look at building some sort of open-sided shed that can have drying racks suspended inside.

This evening I measured the temperature of the compost heap again, after adding all that material to it yesterday… 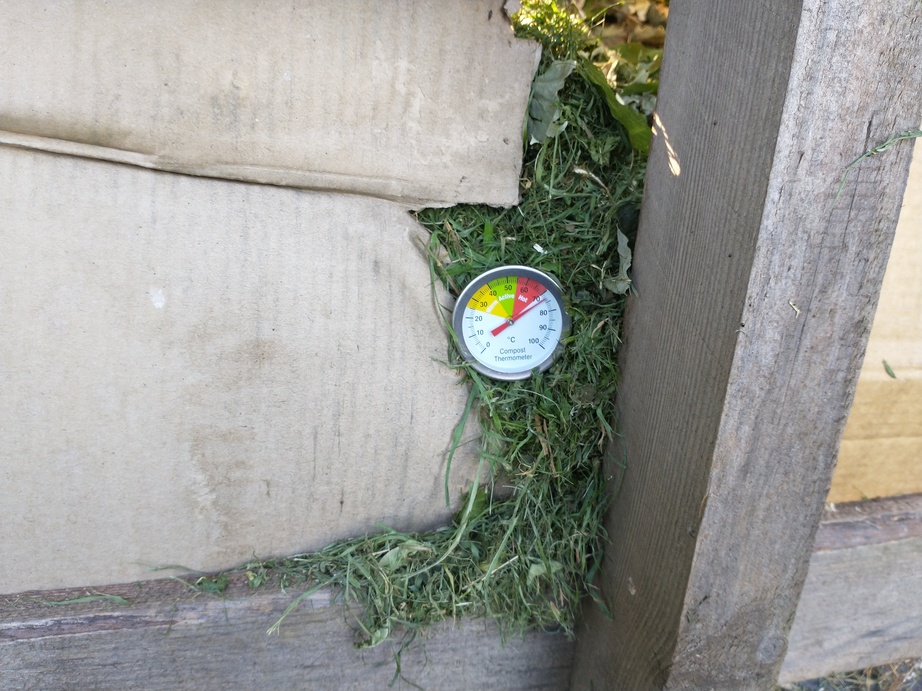 73°C! That’s a new record for me, but seems completely crazy.

I also lifted the remaining onions, other than those that I planted early this year when I panicked a bit that we didn’t have enough. They’re still a bit small so I’ll leave them longer. Otherwise though, I’m all done now. 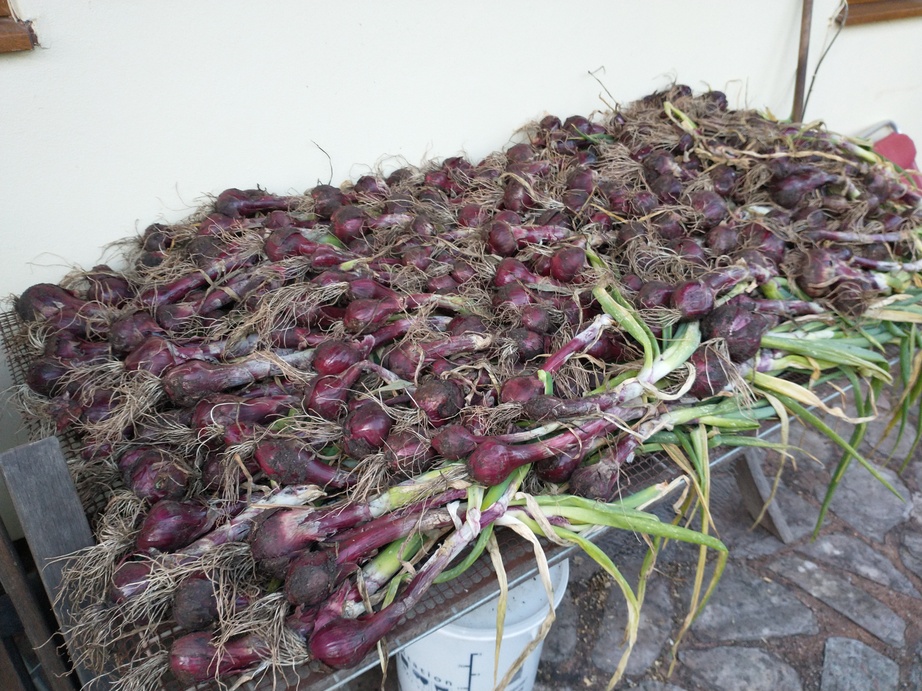 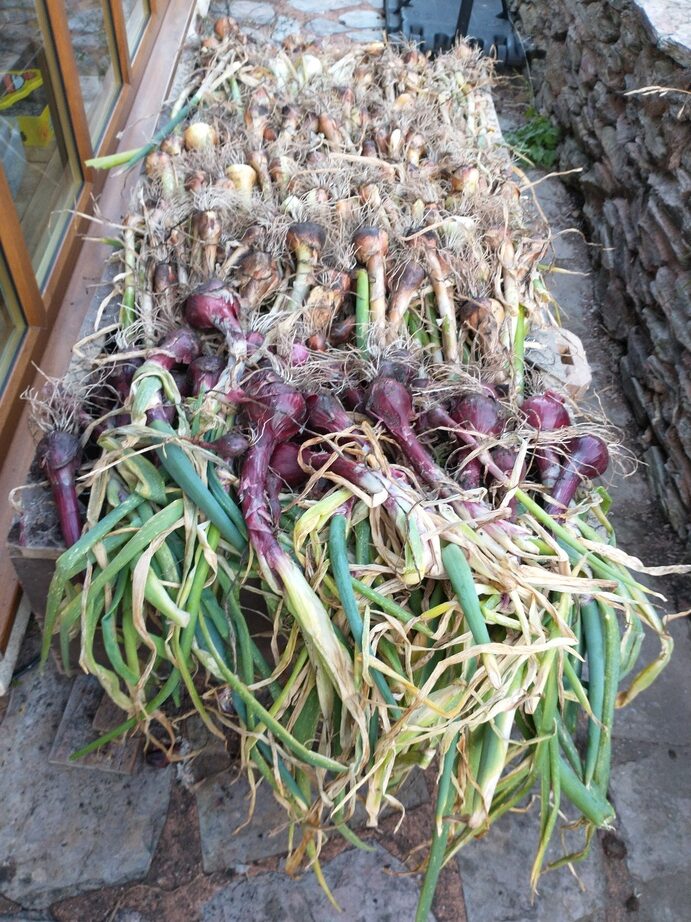 A far higher proportion of the onions than usual (particularly the brown ones) attempted to bolt. I’ve been thinking on this and wondering if perhaps it’s that sowing them before last winter meant that they were sufficiently mature during the spring that when April was so cold they behaved as it it was winter again, thus developing as if they were two year old plants once it warmed up again and trying to flower. It’s the best guess I have for now, anyhow.

This entry was posted in Smallholding, Veg plot and tagged compost, no dig, onions. Bookmark the permalink.