The trouble with module trays

We have plenty of module trays around, but whilst they’re very convenient for sowing seeds in and raising seedlings they can be really awkward when it comes to getting the plants out without damaging either the plant or the plastic of the tray. I could buy different ones, but I don’t like throwing away plastic just because it doesn’t suit me and in fact the only ones I’ve seen with decent size holes in the base are about three times the size, which would be inconvenient from the point of view of keeping batches of seedlings separate. I have about forty of these trays (about 23cm x 18cm) in use at the moment and I could easily add another ten more this weekend: 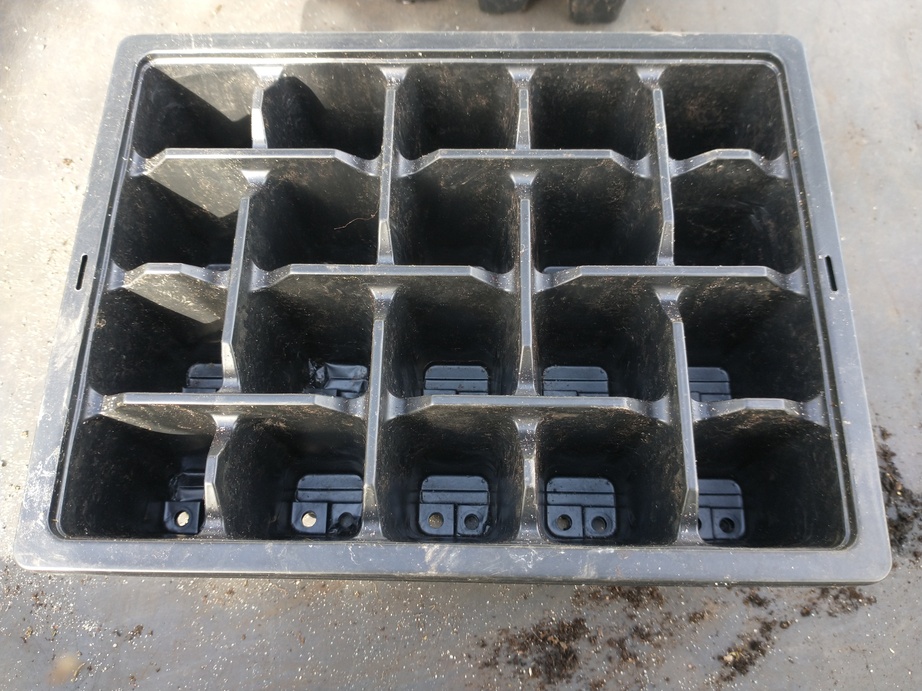 To remove a plant it’s often necessary to squidge the sides of the cell and pull the plant out by the stems, often whilst tipping the tray on its edge and risking other plants falling out or getting damaged. And if that doesn’t work then forcing the base of the cell upwards seems to be the only way, but that often splits the sides. What’s really required is a decent size hole in the bottom that I can put my finger through, to be able to push on the compost rather than the plastic. These are too small even to use a pencil: 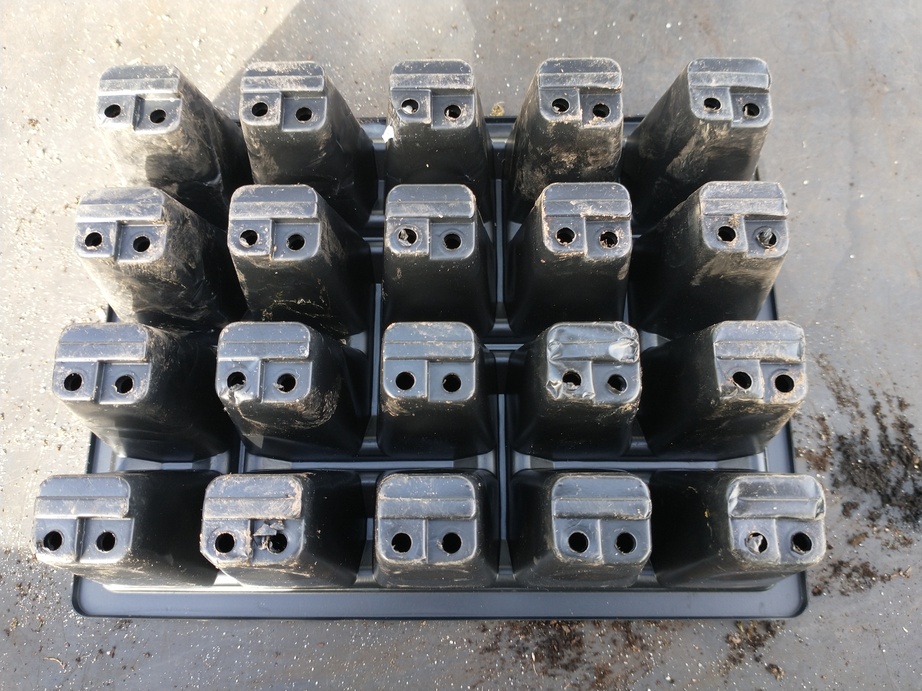 Trying anything with scissors or a knife to make a large hole would probably drive me insane, especially if I were trying to do fifty or sixty trays. I did try grinding a length of 20mm electrical conduit to sharpen one edge and then hammering it into the bottom of the cell like a hole punch, but that just bent the bottom of the cell out of shape. What I didn’t realise at the time was that the piece of timber I was using to support the base of the cell at the time was just too soft. My father-in-law suggested I use a lump of lead that he has (he used to cast his own fishing weights) instead.

It works a treat! 🙂 I now have a number of trays with lovely big holes in the bottom of the cells. 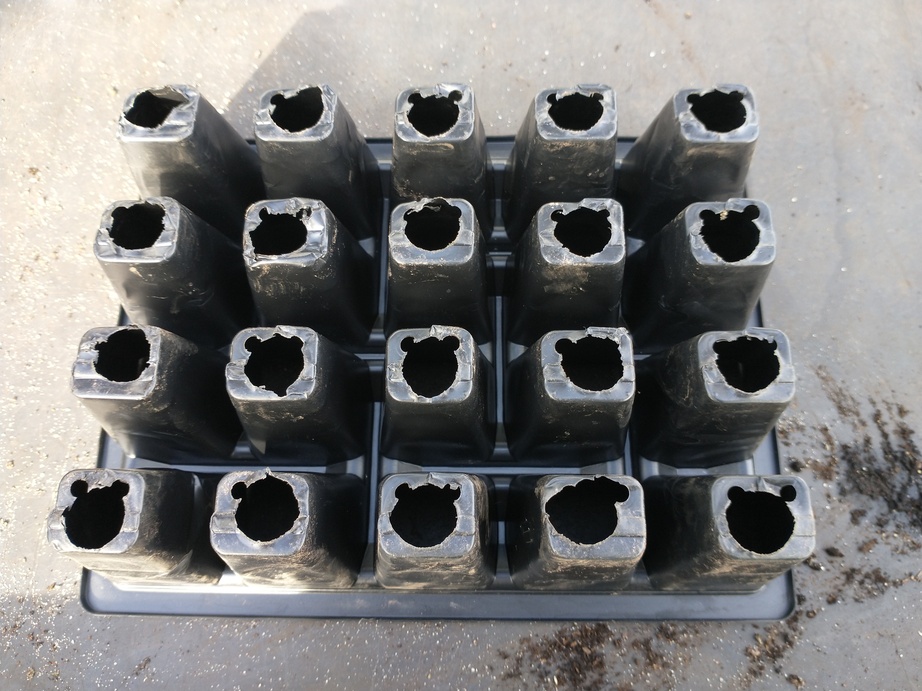 The holes are about 15mm in diameter which is big enough for a finger to just push the plug of compost up from the bottom quite easily, and a quick “test drive” confirms that as long as it’s gently firmed into the cell, no compost falls out of the bottom. I can even cut the holes in several trays at once, though it was a bit awkward to separate them afterwards. When the time comes to replace them I’ll probably look for a different solution — perhaps soil blocks, but for now it (hopefully) means that more plastic won’t be needlessly going into landfill.

I have some brassicas to sow this weekend amongst other things. I look forward to seeing how well they work in a month or thereabouts when it comes to planting out time.