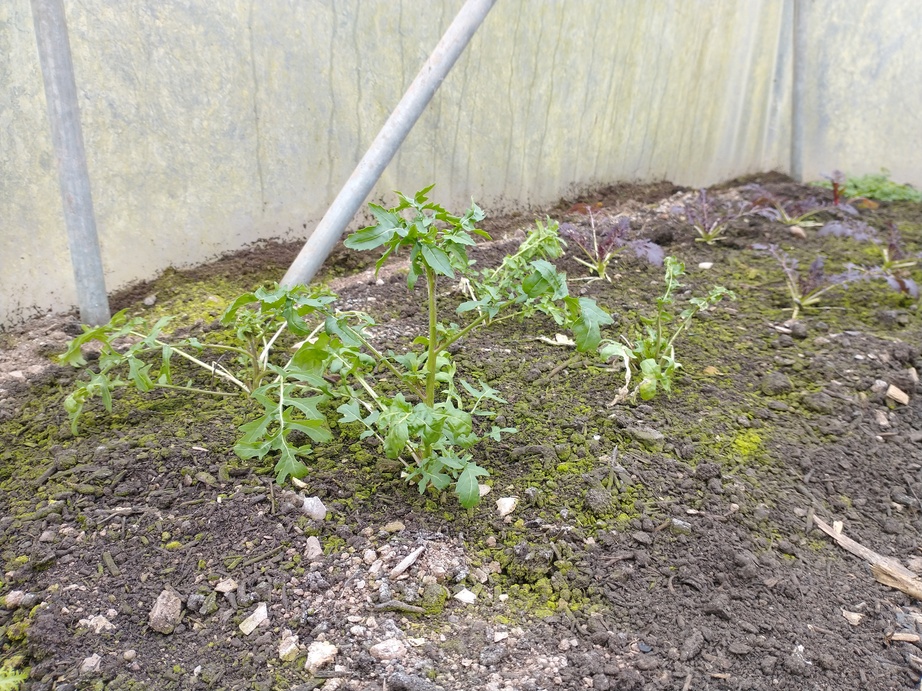 The picture above was taken on 13th February. They’re a couple of salad rocket plants that were left over from my winter salads project and were planted out in the polytunnel, then moved a couple of times when I decided to convert it to no dig. I’d had no leaves off the plants at this point and despite being the middle of winter they have clearly decided it is time to flower meaning there will really be nothing of value to be had in the future.

I’m not sure what has prompted this sudden rush to procreate when we’re not that far off the middle of winter. It could just be a reaction to being moved so often perhaps, or uneven watering, or even just the slightly warmer temperatures in the polytunnel. They’ve really not been great value so far, these salad rocket plants. And in fact these are probably about to contribute the most to the garden that they’ll manage in their entire lives: they’re off to the compost heap.