My wife wanted our strawberry plants to be in a raised bed (which does make them easier to pick), but I’ve struggled to come up with any ideas that weren’t going to cost an arm and a leg to set up. In the short term therefore I have scavenged the wood previously used for the sides of the beds in the polytunnel before I converted it to no dig beds and combined with a few other bits and pieces I have built a no dig raised strawberry bed.

In old money (because that’s how the timber was sized) the bed is nine feet long by two foot six wide by two foot high (about 2.75m x 75cm x 60cm in this new-fangled metric stuff). I lined the sides with some old plastic animal feed bags to try to help prevent the moisture from the soil inside rotting the timber away too fast, and then filled about three quarters or perhaps a shade more of the depth of the bed with soil. 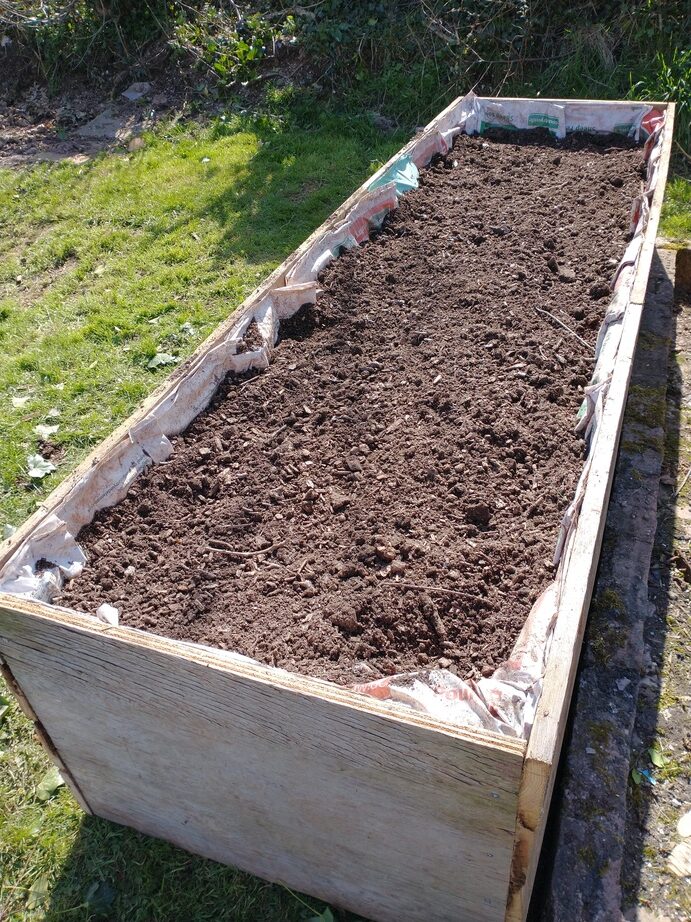 On top of that I put a layer of cardboard. I don’t think the soil actually has too many weeds in, but it has been sitting outdoors in a heap for a fair while and adding the cardboard surely can’t do any harm. 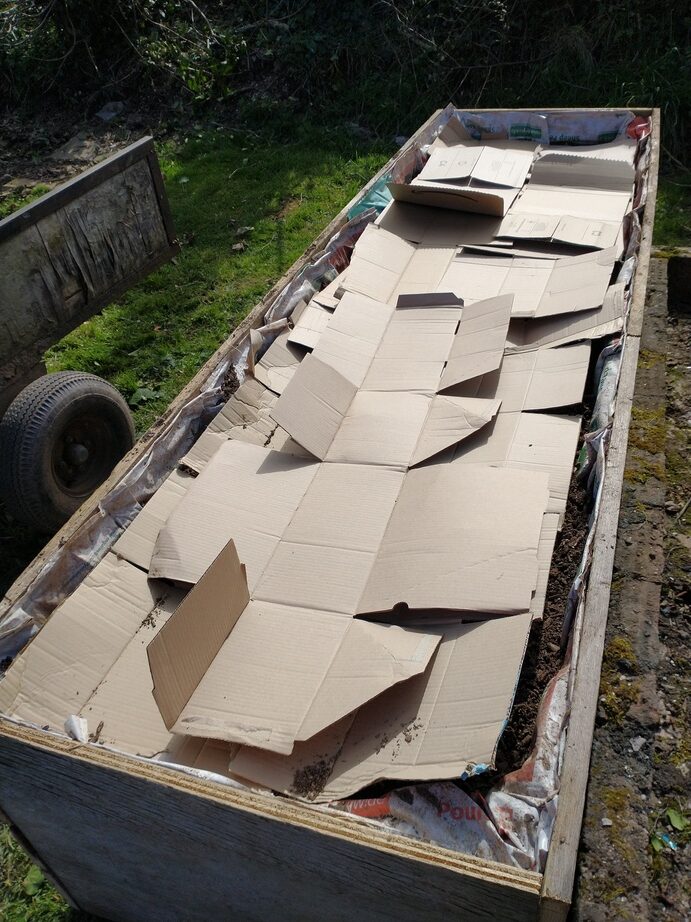 And finally I spread a layer of green waste compost over the top to fill up the bed (and started sorting out the plants we grew from runners last year). 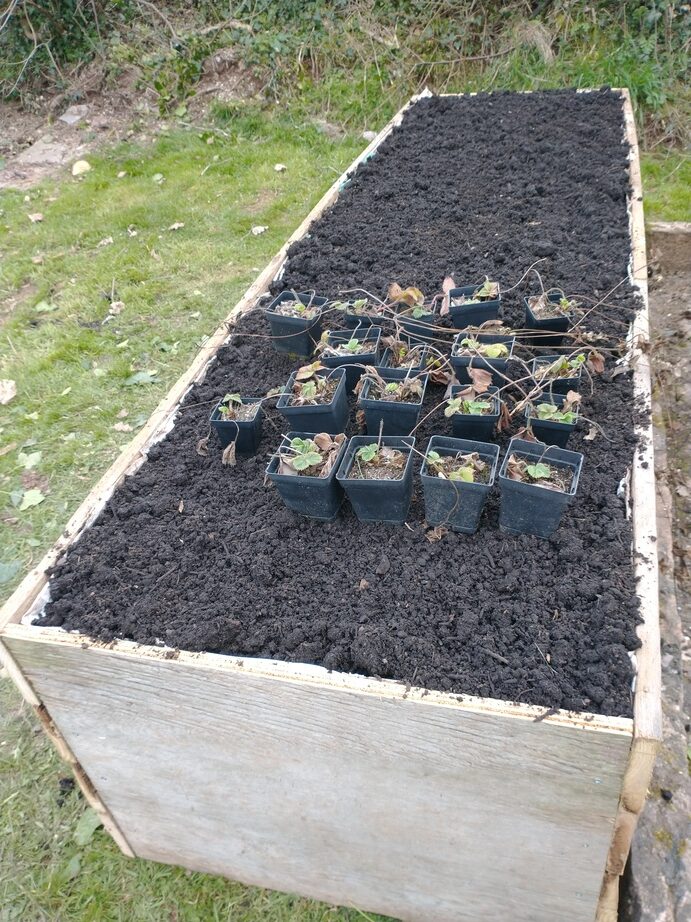 It’s possible we could have more than thirty plants altogether, which is more than I can reasonably fit into that bed. I hate throwing away perfectly good plants though, so I might have to try to find some other space for growing the remainder. Is there such a thing as too many strawberries?

This bed is actually intended as a bit of a temporary thing, which is one of the reasons for trying to recycle the materials rather than buy anything new. I don’t really have a nice solution for raised strawberry beds that isn’t quite expensive. I’ve seen one or two quite attractive solutions, but from a maintenance point of view they appear to be a complete nightmare and anything using a container where the growing medium isn’t in contact with soil on the ground looks like a pain from a watering/drainage standpoint and probably doesn’t provide much fertility in the longer term.

This entry was posted in Smallholding, Veg plot and tagged no dig, strawberries. Bookmark the permalink.