End of the winter salads

When I went out to pick salad leaves to accompany tonight’s dinner I discovered that more of the mustards are starting to flower, which left only the lettuces of all the plants I started with. The lettuces weren’t looking too stunning either, so I decided to call time on the project. We have other leaves available to eat in the polytunnel now and more lettuces are on the way in modules. So here’s the last pick before the contents of the trays went to the compost heap. 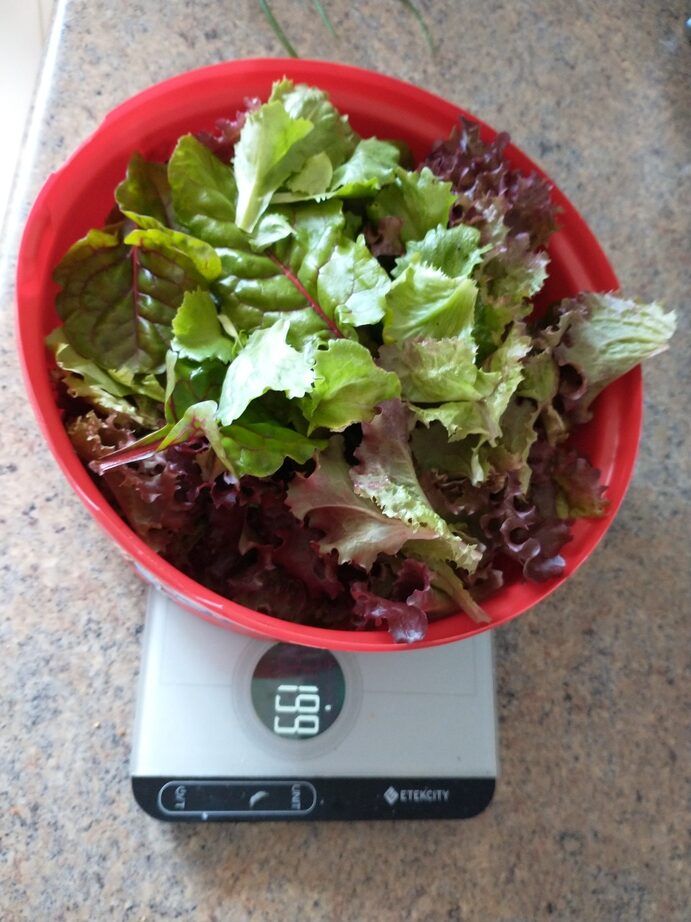 199g is 109g without the container and brings the total harvest to 1343g over the last five months, though to be fair we’ve had almost nothing off them since the middle of January and had to raid the plants in the polytunnel instead.

The positive side is that we’ve only bought a couple of lettuces all winter, and those because we specifically wanted an entire lettuce instead of just leaves. And all our salads have had a great combination of colours, sizes and textures.

I’ll write up a separate summary of the project later.