Almost thirty of my Cayenne peppers sown three weeks ago have germinated and some were starting to get a bit tall as they actually germinated over a period of more than a week, so I removed them from the propagator and potted them on into 3″ pots. They’ll stay in the greenhouse until it’s time to move to the polytunnel now. Depending on the weather I may need to pot them on again before they can be planted, but I’m hoping that won’t be necessary.

Finally for the vegetables today I sowed a tray of French Breakfast 3 radish, five seeds per cell which I’ll probably thin down to four, to germinate in the greenhouse. Those will go outdoors under fleece once they’re ready.

I also sowed some flower seeds today, specifically nasturtiums. They are edible and we may well pick the flowers to add to salads, but my main goal is to use them as a sacrificial plant to try to keep the butterflies off my brassicas. I love having the butterflies around and wish to encourage them. I just don’t want to encourage them to eat my cabbages 😀

Other sowings are coming along nicely. Lettuces and other salad leaves sown on 21st/22nd February. Where possible I will thin these to a couple of plants per cell in the next day or two. 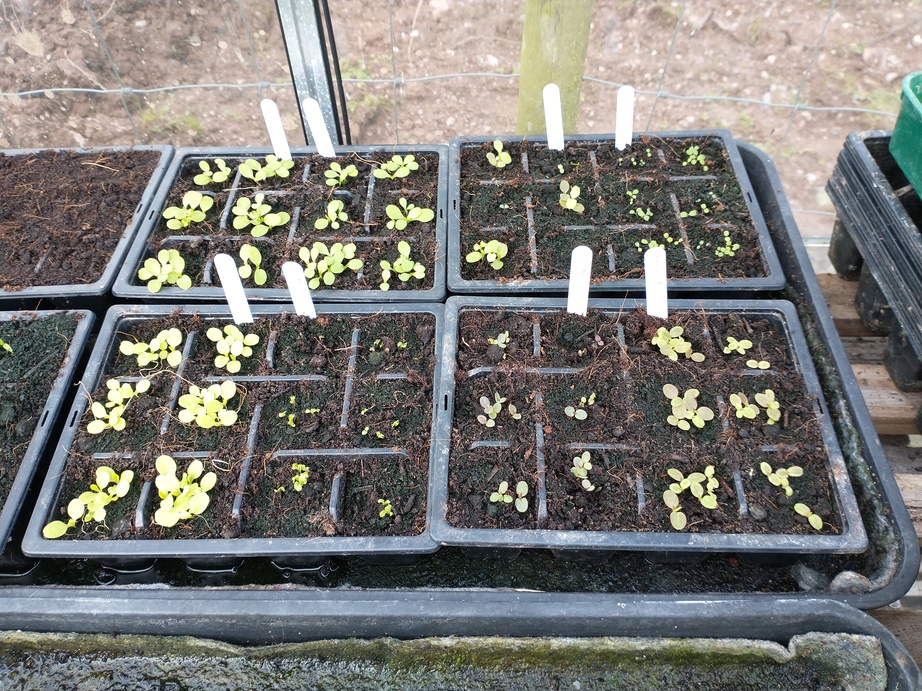 Jalapenos (top left) and aubergines (bottom right), sown on 20th February, together with the calabrese that hasn’t germinated yet. 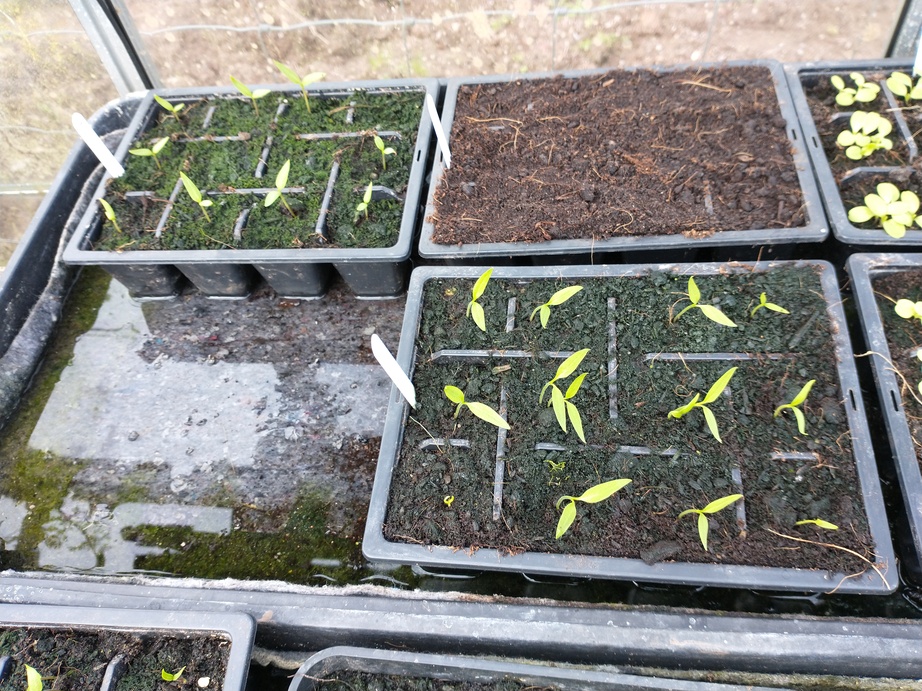 Sweet peppers, and cayenne peppers in the tray top right, before pricking out. Again sown on 20th February. 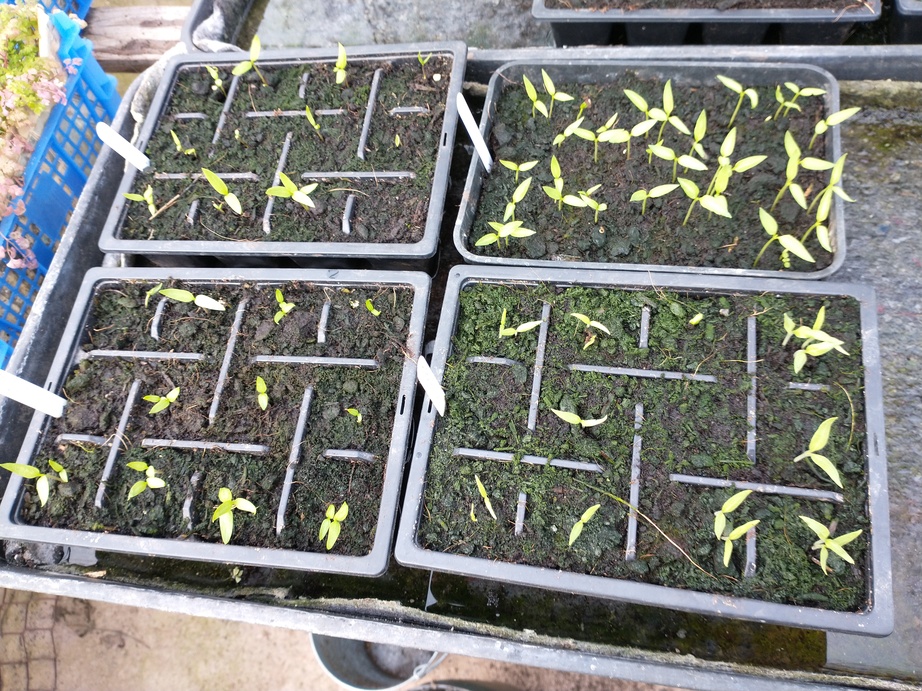 My first and second sowings of peas for shoots (5th and 19th February) and beetroot (top right, also sown on 5th) with my “extra” tray of beetroot and spinach sown on 19th. 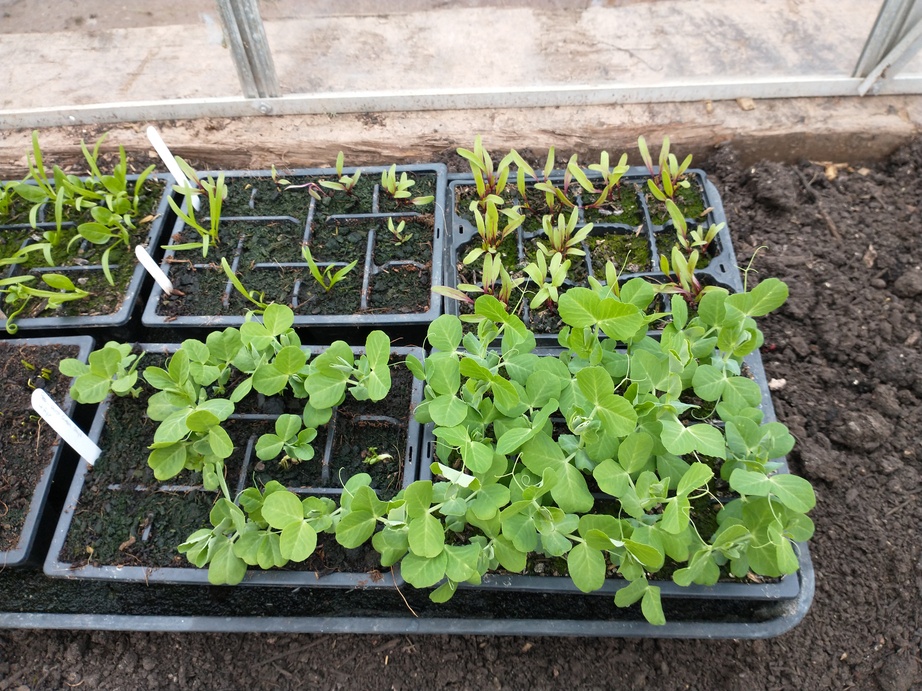 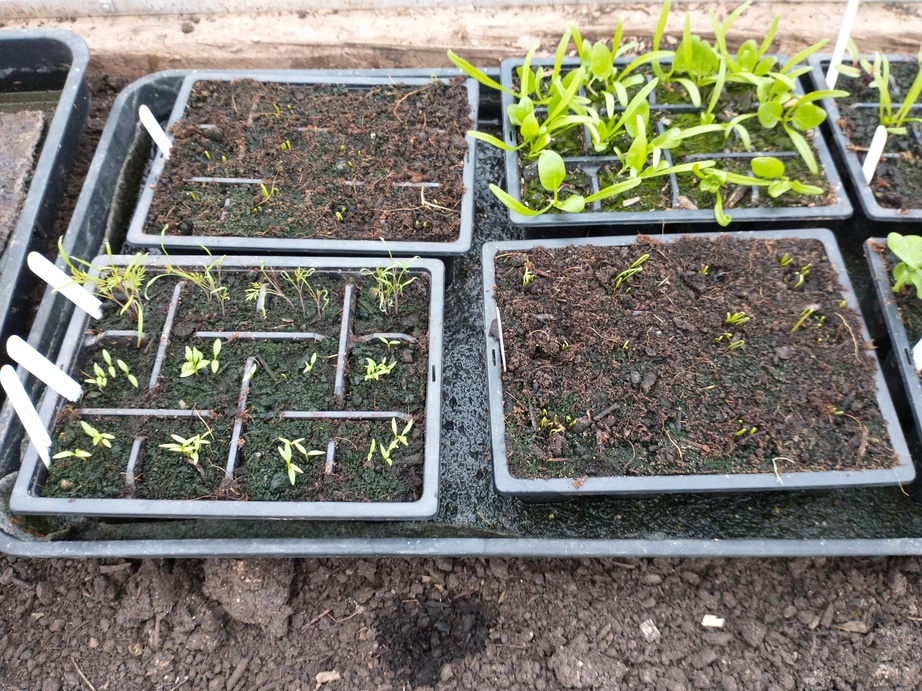 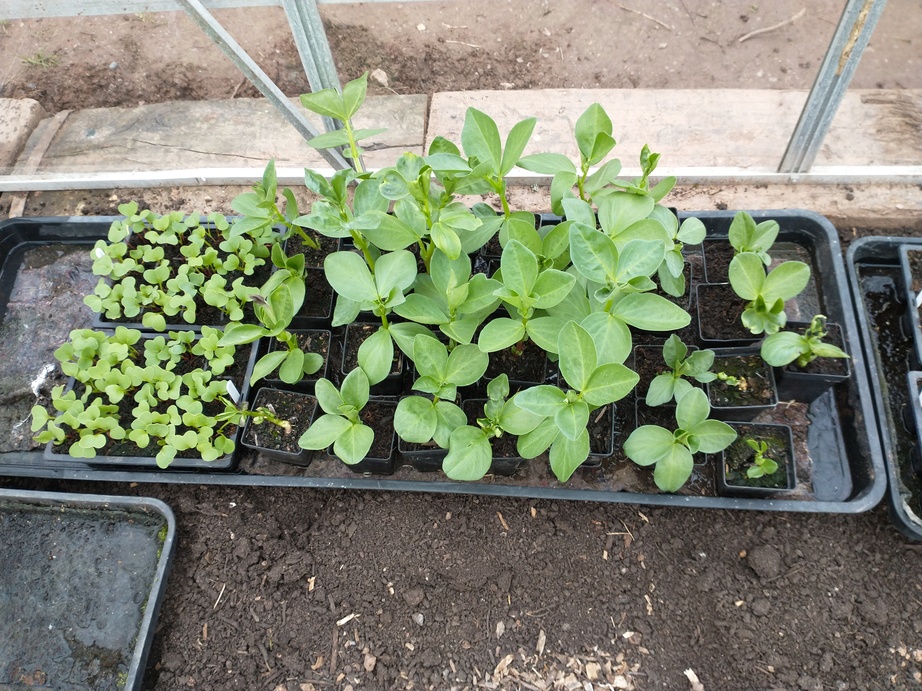 And finally the coriander, sown on 20th February. 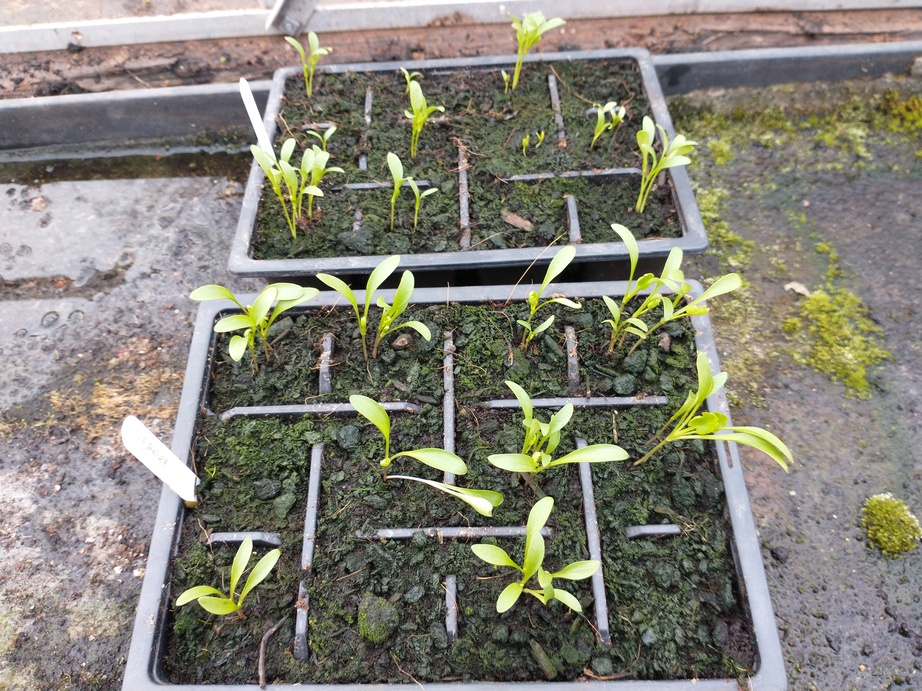