I posted earlier that the new no dig greenhouse came with non-functioning vent openers for which I was unable to obtain spare parts. 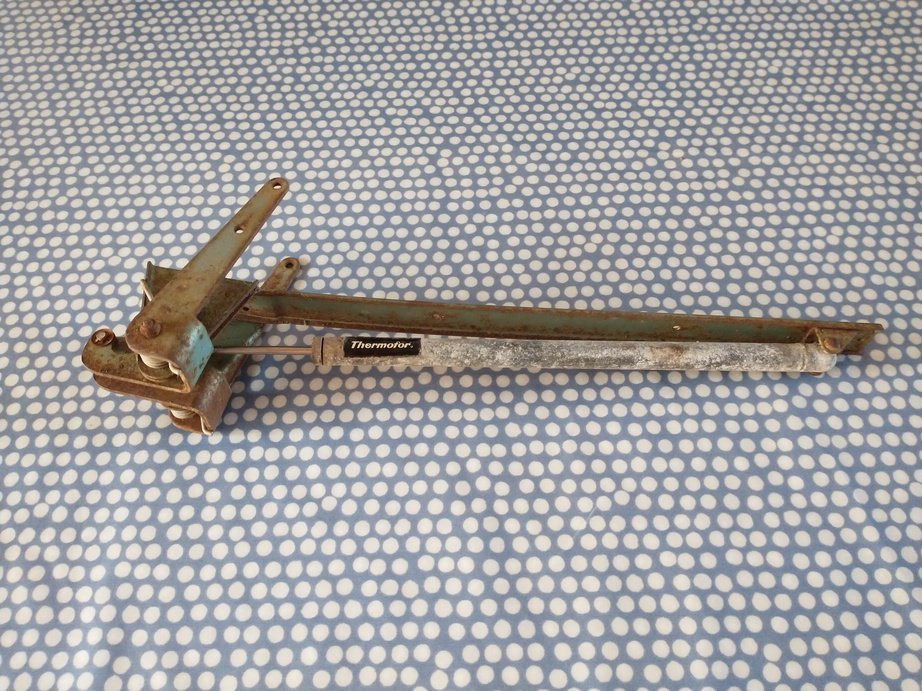 I ordered a couple of the cylinders for modern openers with a view to bodging something so they’d work. If that failed it wouldn’t be a big deal as I’m sure I’ll end up needing to replace the ones in my existing greenhouse openers at some point.

When they arrived it was clear that they were about 50mm too short when compared to the originals, and needed something to fix the end without the pushrod in position. By chance I found that the cylinder fitted very neatly into a piece of scrap electrical conduit, so I cut a 120mm length, drilled a hole for the pivot at one end and another hole 50mm further up the tube to take a bolt that the end of the new cylinder would rest against and it looks like it will do the job. 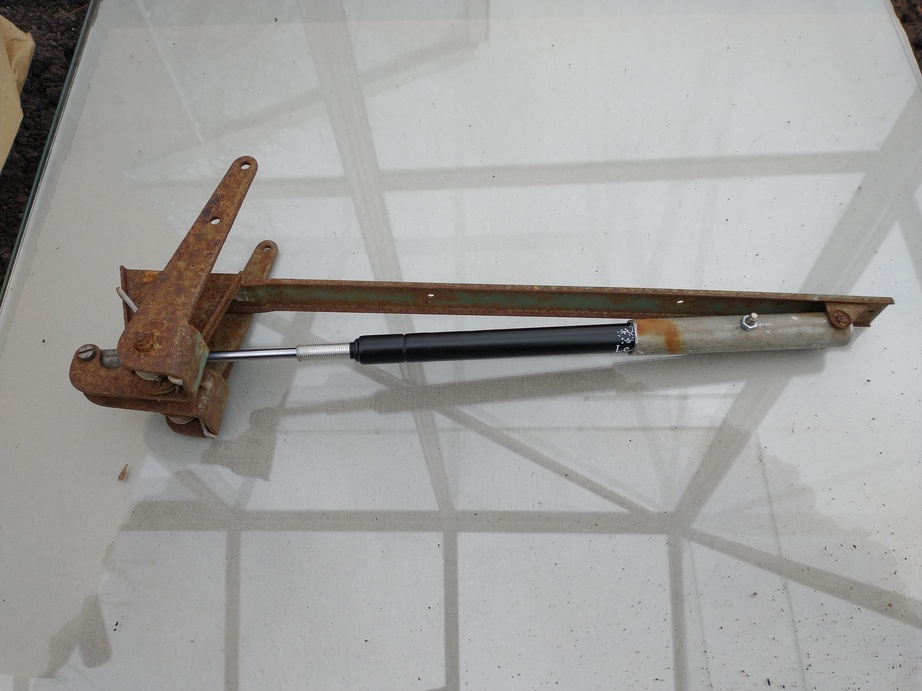 I also had to remove the fitting on the end of the original pushrod and drill it out to 6mm to fit over the new one. Given the amount of blackening visible in this photo I was amazed when I started drilling it to find out that it is made of brass. 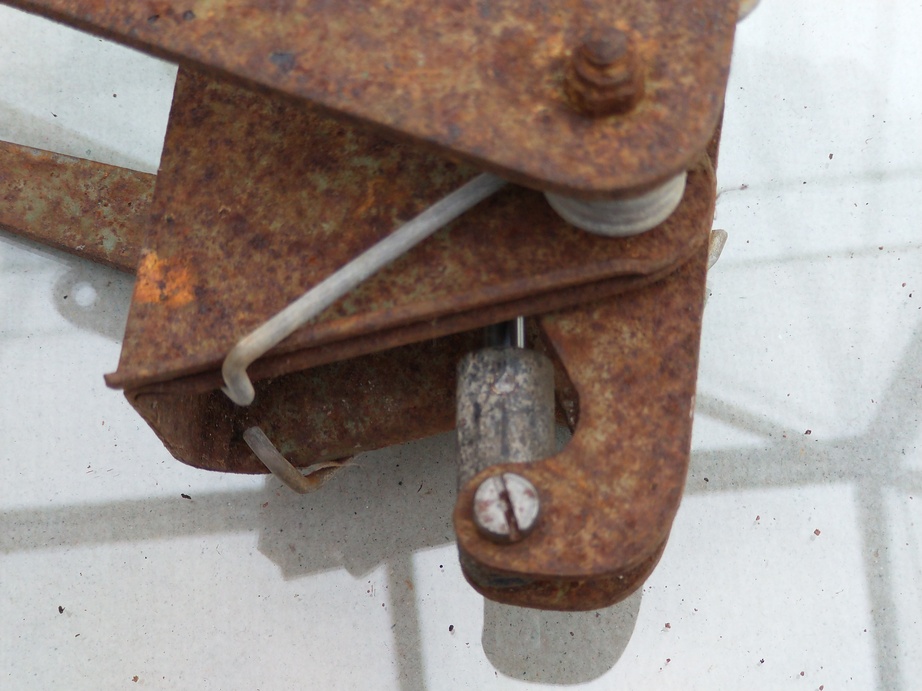 A few odd bolts to fit it together and it’s now back up on the roof. I’ve not been able to adjust it yet though, as it was too cold today for the cylinder to operate. 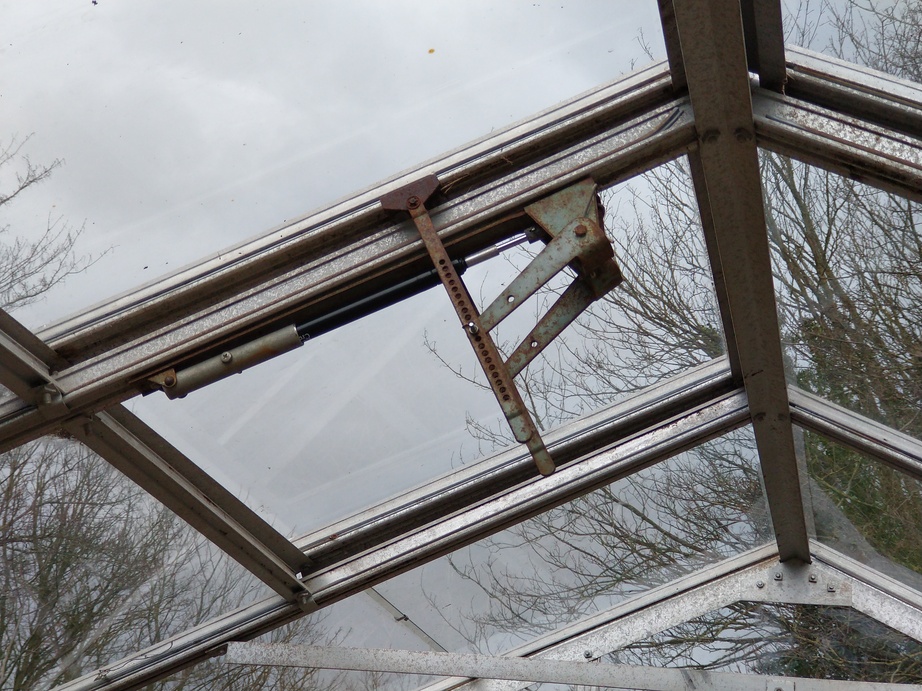 This entry was posted in Smallholding, Veg plot and tagged greenhouse. Bookmark the permalink.