It’s only a few hours worth of snowfall, and not particularly heavy at that, but that’s how it generally tends to be here, if we get snow at all (sometimes it’s heavier, though not often). I don’t think the onions will be doing much growing for the moment. 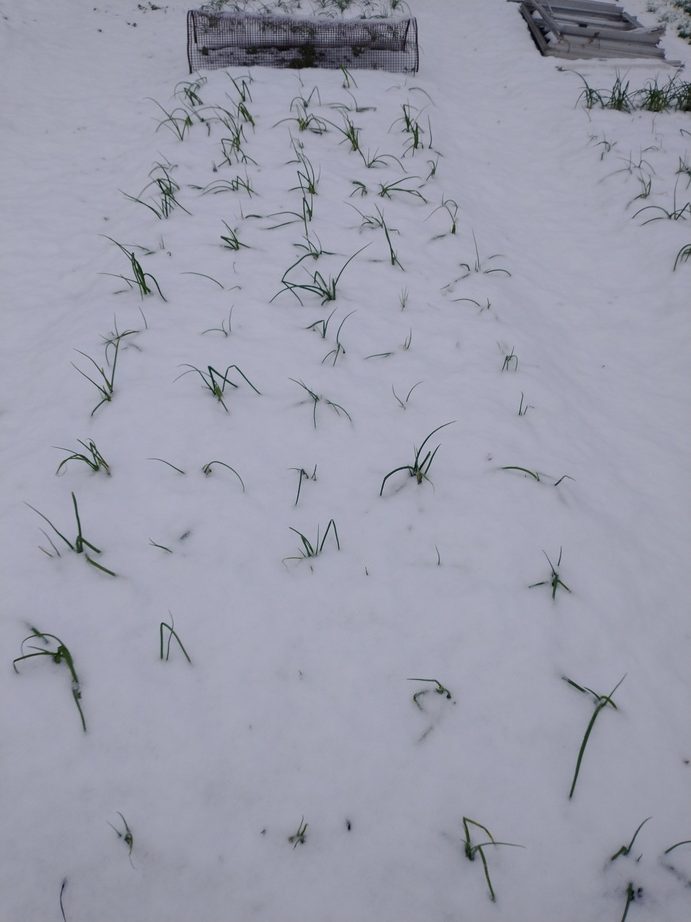 At the same time as taking the photo I took the opportunity to shake some of the snow off the polytunnel just to reduce the weight on the plastic, though I don’t think it will be around for long. It looks as though warmer temperatures are already on their way.

This entry was posted in Smallholding, Veg plot and tagged weather. Bookmark the permalink.