Nine days since my last pick of the winter salads and the growth rate has really dropped off a cliff. I went to pick what I could earlier today and got at most a couple of small leaves from each of the lettuces, no more than one leaf from each of the mustards and nothing at all from the salad rocket, which has actually been a bit of a disappointment so far. The coriander doesn’t seem to be growing much either, though the chervil still looks quite lush.

Anyhow, after taking pretty much everything I dared (I still want the plants to produce leaves for another four months at least, after all) I ended up with only 47g allowing for the container: 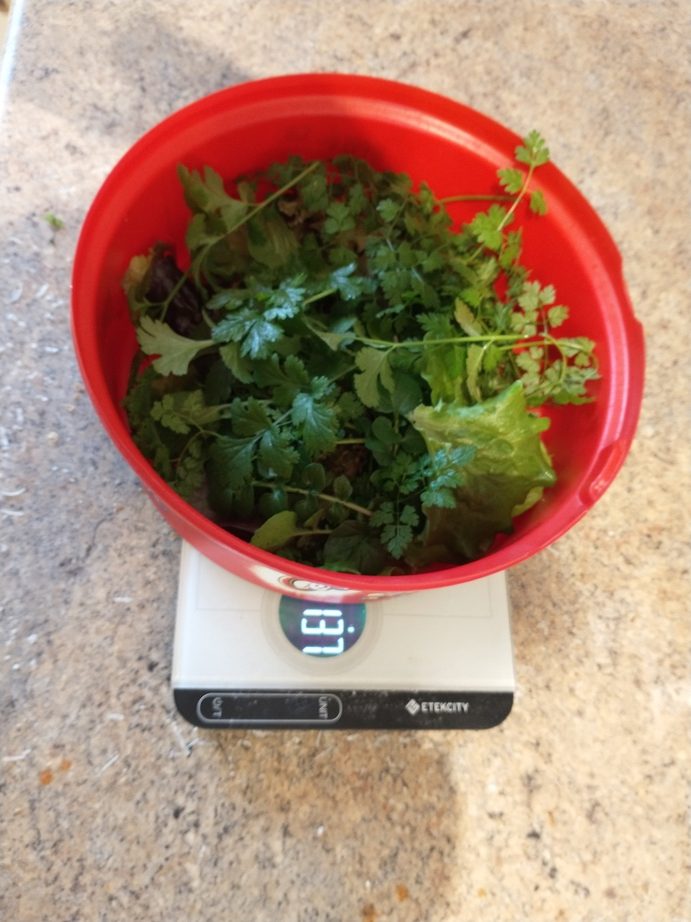 That’s half what I took last time I picked nine days ago. My inner geek is now suggesting that I should create a graph of time against weight for each time I pick 🙂 My inner geek might yet get its way 😀 I suspect part of the reason for the reduced harvest is just down to the lower light levels from the Sun at this time of year, but it also won’t help that we’ve had a long period of overcast weather

For the moment though that’s a total of 1081g since the first pick.