Prior to a couple of months ago I’d never really thought about peppers (sweet peppers and chiles) as perennials. In the main in the UK they seem to be grown as annuals. Since they are perennials, trying to keep them alive through the winter so they can grow on the following year rather than having to restart from seed every January or February seems like an excellent idea.

Digging about on the interwebs, the general plan seems to be to prune them back to just above the first branch in the stem once they’re dormant and then keep them somewhere frost-free over the winter after which they’ll reward you in the spring by bursting back into life. It has to be worth a try…

All but one of my plants were in the beds in the polytunnel and I’ve been waiting for the plants to drop their leaves as a sign that they’re going dormant, at which point my plan was to dig them up and put them in pots for the winter. That didn’t entirely go to plan because they weren’t desperately keen to lose their leaves despite appearing for quite some time that they were about to. At the weekend I got bored of waiting, particularly as I want to remove the beds in time for converting to no-dig next season, so I decided it was time. If they don’t like it and die then that’s what happens. As this is something of an experiment anyhow, I do have seed all ready to go at the start of next year in case they don’t make it (and because I want some other varieties next year in addition).

I didn’t pot up all the plants. I tried to find the three healthiest specimens of each (one sweet pepper and two chiles) and the rest went into the compost. Anything that looked as though it was dying back or rotting below the point at which I wanted to prune was discarded. The sweet peppers seemed more susceptible to this than the chiles. I also discovered that despite planting five or six of each of the two chile varieties, I had a single plant that held its fruit upright rather than bending down towards the ground. It may be an unexpected cross, but I decided I’d keep it just out of interest.

So, here are the plants I’m hoping to keep (sweet peppers first, then the chiles). Surprisingly the chiles already have new shoots appearing in the leaf axils. Clearly the force is strong in these ones. 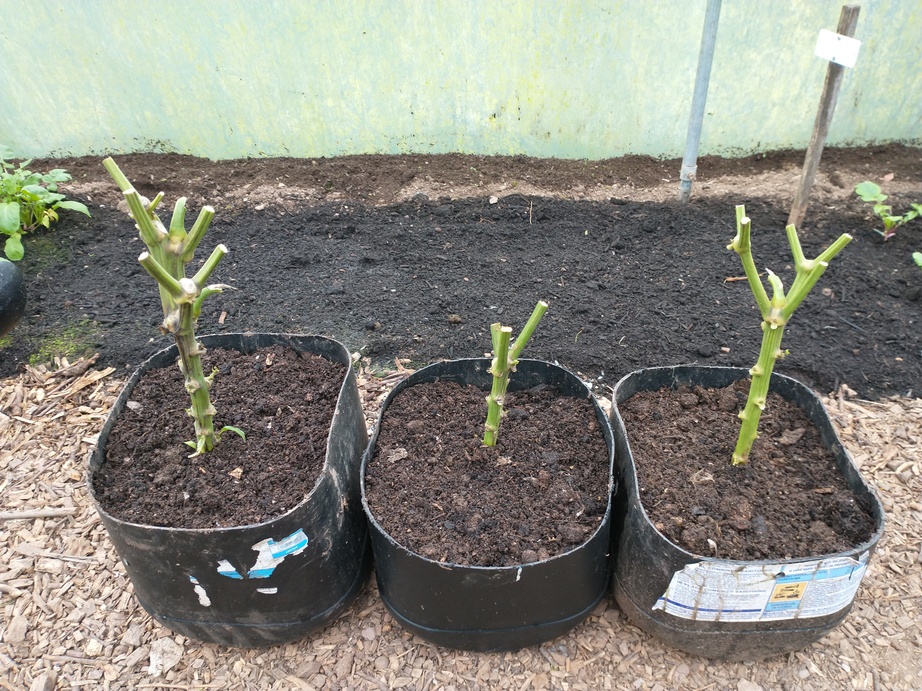 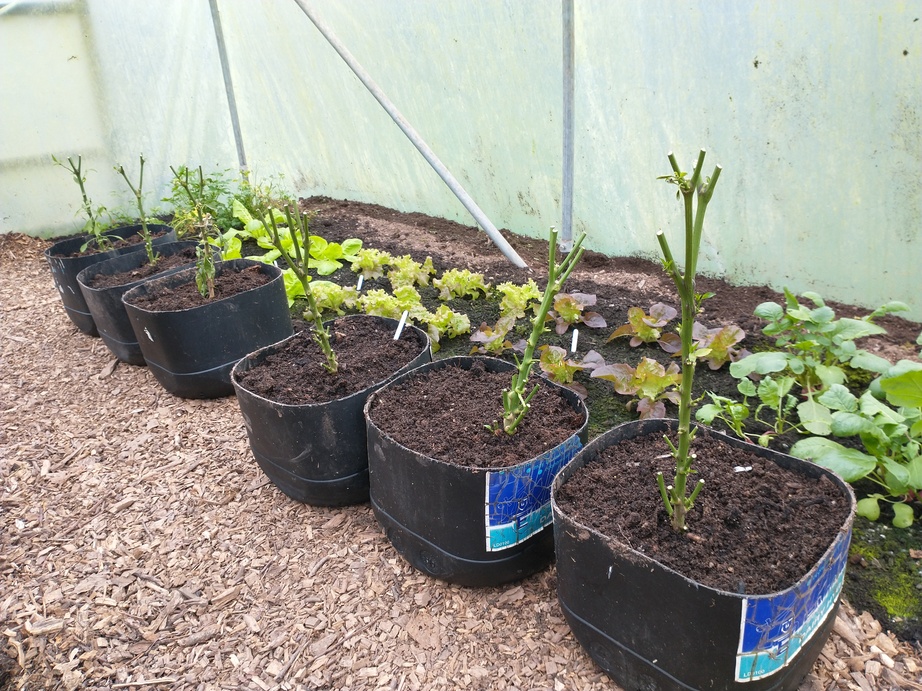 At the moment they’re still in the polytunnel as it’s really not that cold. We’ve had a few frosts so far this winter, but nothing particularly harsh. If it looks like temperatures are going to get below freezing I’ll move them to the greenhouse and if the weather takes a very cold turn I might make up some fleece or bubble-wrap covers to try to insulate them.