After I ran out of light yesterday I’d not quite finished with the beds I was spreading compost on. 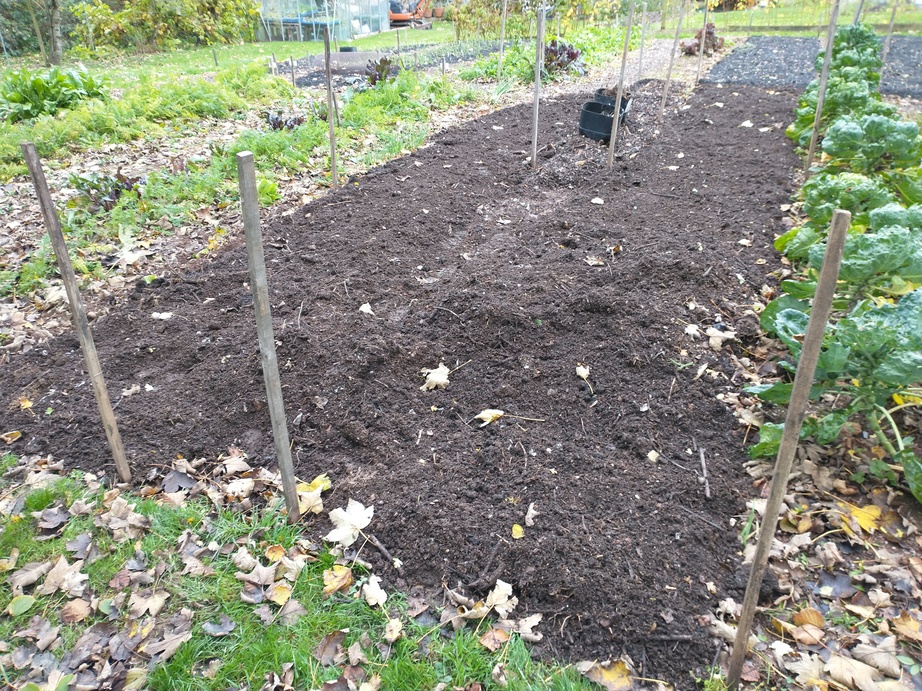 Last night the forecast was for rain all day today, but this morning it was all change (quelle surprise!) with only a little forecast for the morning and occasional heavy showers this afternoon, none of which have actually materialised, so I’ve spent a significant proportion of the daylight hours finishing off what I started yesterday. Now the only bed I can actually still put compost on is the one right at the back (which I also spent some time digging the perennial weeds out of) in this photo — all the others need us to finish eating what’s in them before I can progress any further. 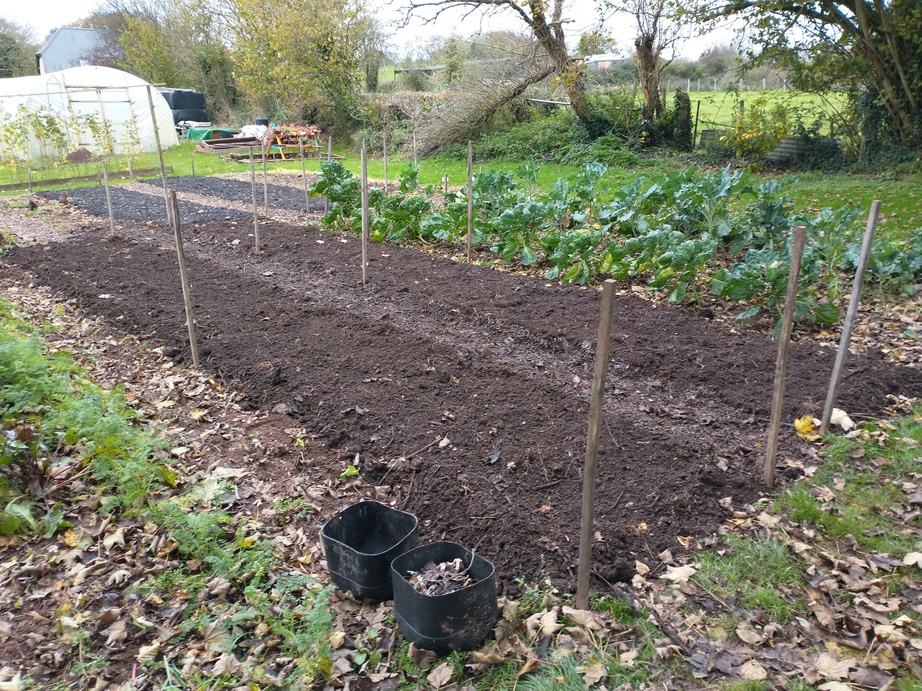 I also noticed that something had been digging around the garlic that I planted a few weeks back, so I’ve put a cage over it to try to protect it a bit. 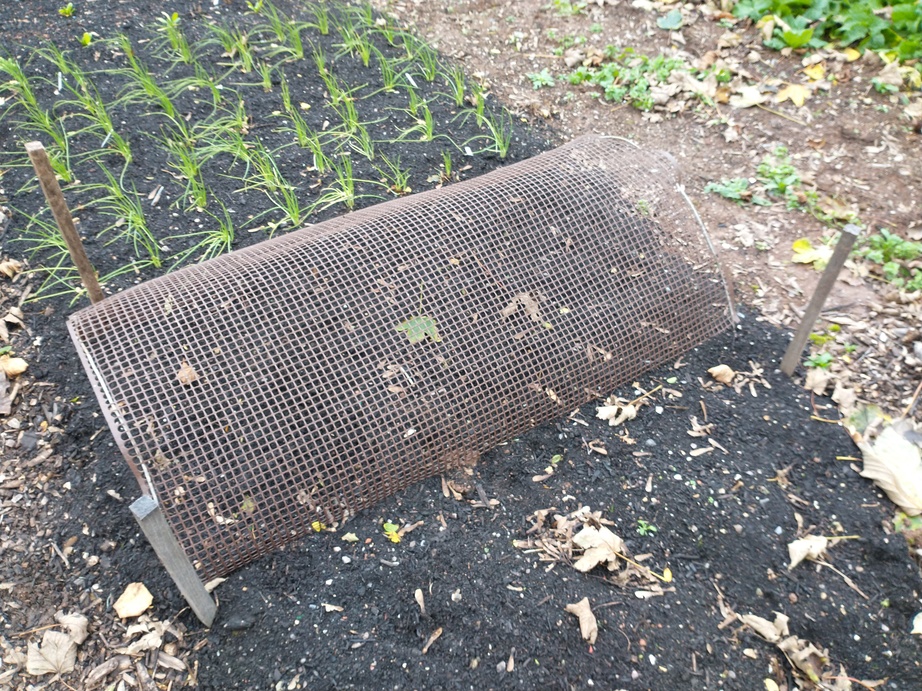 Whilst doing so I noticed that at least one clove has started to shoot, which is very pleasing (poorly focused photo though, sorry). 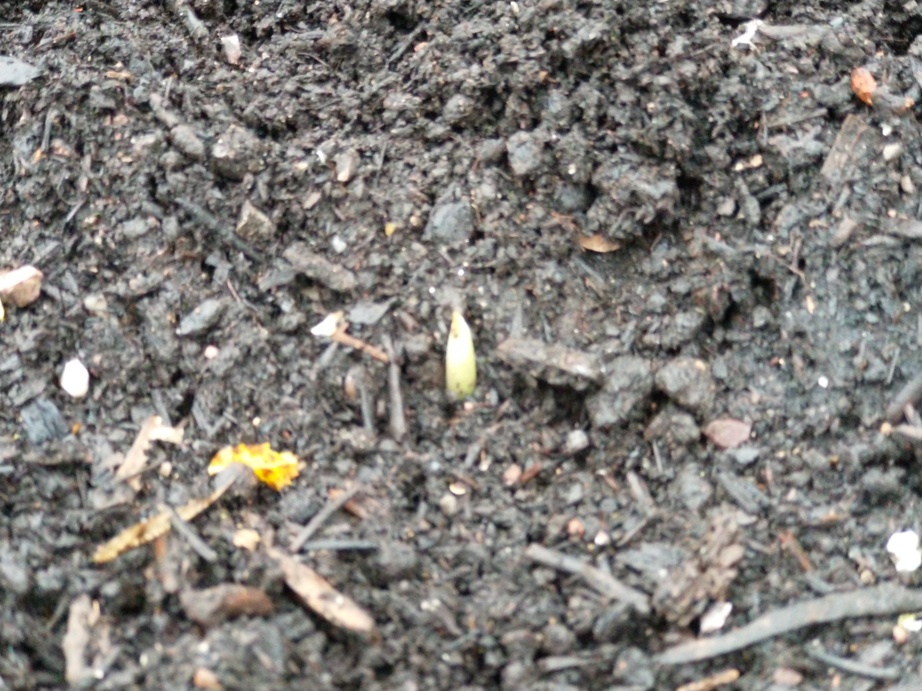 If the forecast is to be believed it’s supposed to get drier and a fair bit colder here from the middle of the week, so I’ll try to get that last bed done by the end of next weekend. We might even get a frost on Wednesday night. That might finally push the peppers in the polytunnel into dormancy in which case I’ll have to pot them up, put them in the greenhouse and give them a prune to try to get them through the winter.