Wandering through the veggie plot during the week I’d seen the salads in the greenhouse and didn’t think there’d be much to pick this weekend, so I was quite surprised by the number of leaves available when I went to have a closer look and pick what was available. I’m assuming that I have to keep picking fairly regularly to make the leaves easier to pick, especially with the lettuces. 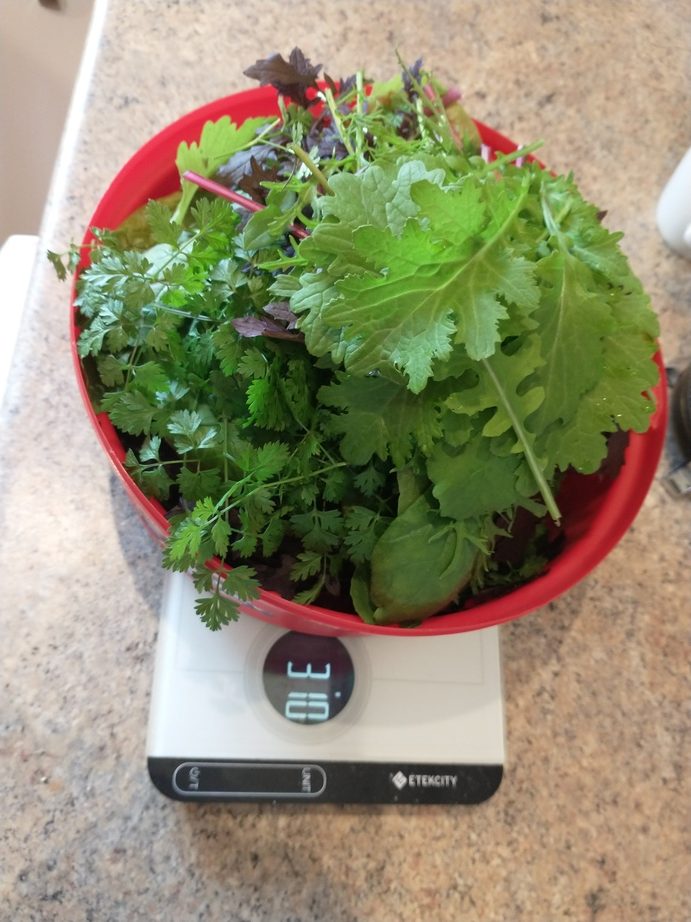 plus 10g of coriander that I’d had to pick separately as apparently my mother-in-law isn’t keen on it. 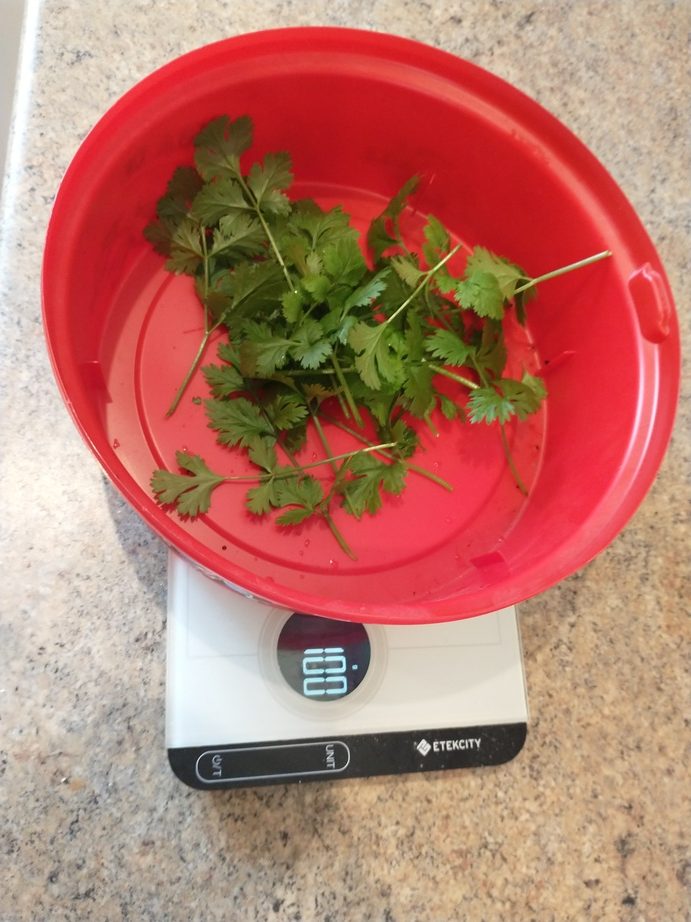 So, 230g in total, which is less than 20% short of what I picked nine days previously. Half has gone to my in-laws and the rest should see us through the week now half term is over and the children area back to school.

The total from three picks is 640g. Bags of organic salad leaves are about £2 per 100g by the looks of the results from a quick search, so that’s almost £13 worth of salad since 25th October. I must look up the cost of everything involved to find out when we break even, but of course there’s also the benefit of not having bought the plastic packaging, not to mention the enjoyment of eating salads containing such a wide variety of flavours and textures. Organic salads also appear to be sufficiently uncommon in local supermarkets that much of the time we’d probably go without or buy non-organic if we weren’t growing them ourselves.