Only eight days since my last pick, but we needed salad for dinner this evening so I went out and took pretty much everything I thought I could.

The coriander is getting rather leggy. I don’t know if that’s just because the light levels are reducing or if I can clip it back closer to the compost and it will regrow from lower down. Only one way to find out I guess, so I might try that tomorrow.

The salad rocket and lollo rossa lettuce are lagging behind a little. I hardly picked any of them today. The other lettuces, leaf radish and red chard seem to be doing ok however, and I have no complaints about the mustards.

I ended up with 125g (90g for the container), giving me 911g over the four weeks I’ve been picking so far. We have given some to my in-laws, but that’s actually quite a bit of salad we’ve eaten in four weeks 🙂 Sadly it is the least I’ve had from a single picking, so I think it’s definitely time to leave longer between picks now. 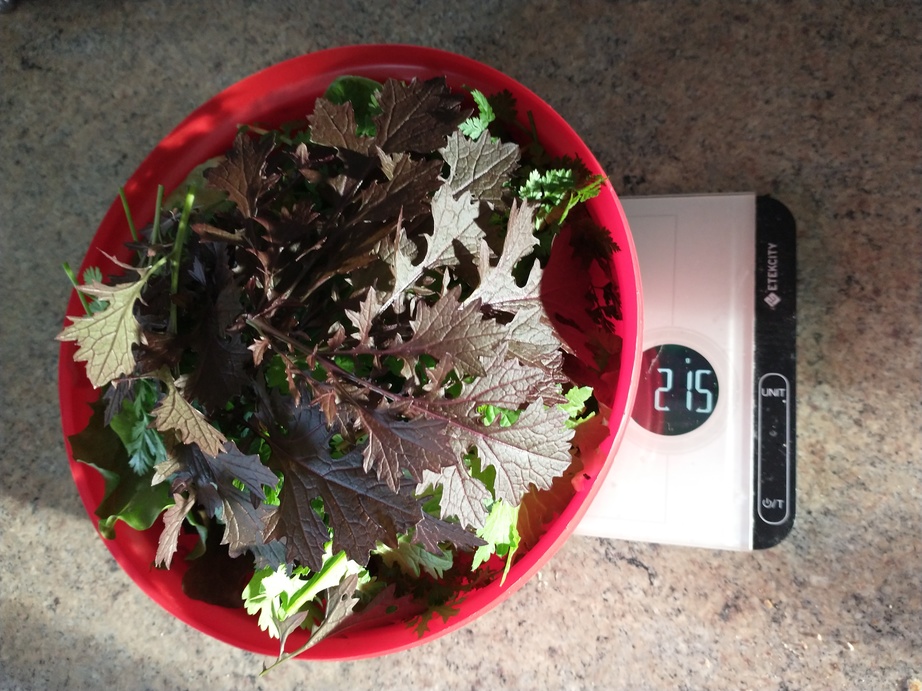