Somehow I ran out of time to spend more than a few minutes in the veg plot today 🙁 Too many other things to get done. The compost heap had “sunk” about nine inches since last weekend, but my daughter and I managed to feed three trailers full of tree prunings through the shredder and have filled it up again. 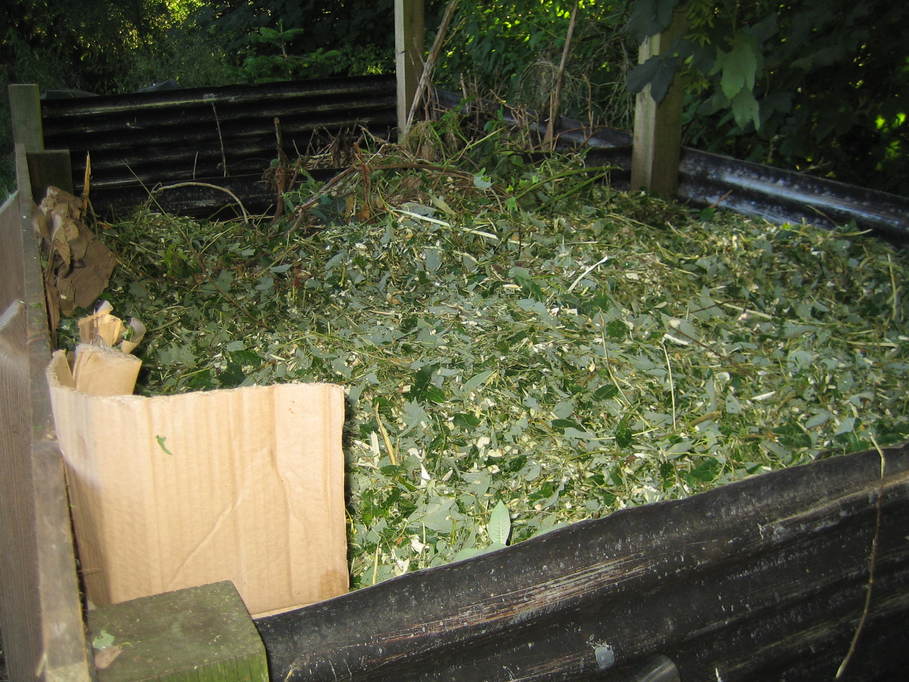 After all the rain we had last week the cardboard box I used to close off the front of the heap is looking a bit worse for wear, but it’s just about holding up. I reckon as stuff packs down then it won’t matter too much anyhow. It is quite warm which is a good sign, though I’m not sure it’s as warm as the one my wife told me about that was on the “Uncle Alan” (Tichmarsh) programme recently where the gardener had used his to cook a joint of beef in a casserole dish wrapped in foil.

I did manage a little tour of the plot this evening and noticed that something has trampled the potatoes. 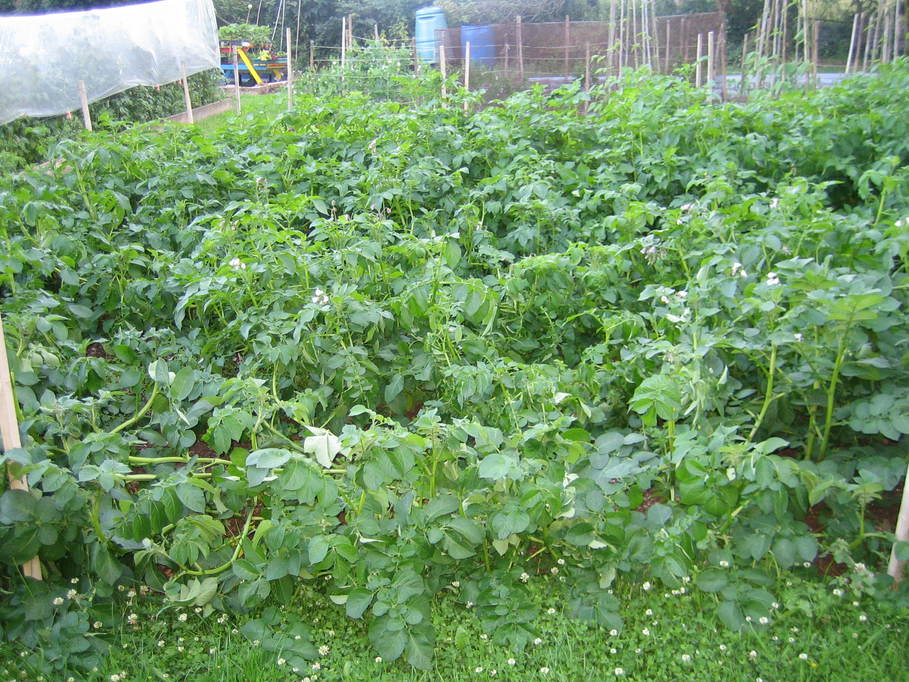 It looks like the culprit also went through a flower bed outside my father in law’s greenhouse, too. I suspect it may have been a fox chasing something. There were a load of feathers from a Spotted Woodpecker on the grass, so perhaps that was it.

Otherwise, the tallest climbing bean is now taller than me and the flowers are opening on the lowest trusses. 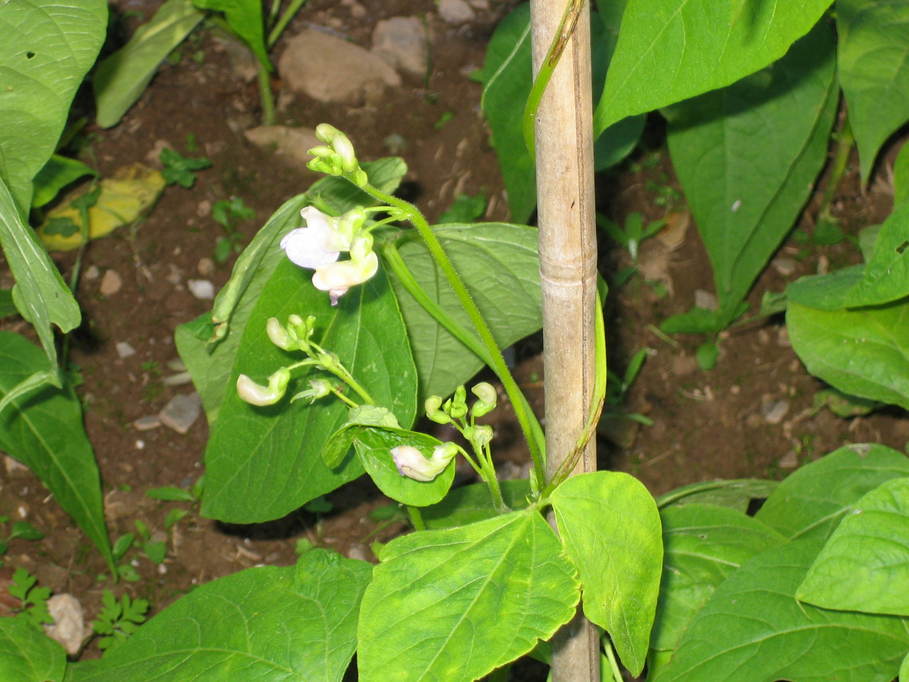 We also have our first sugar snap peas on the way. 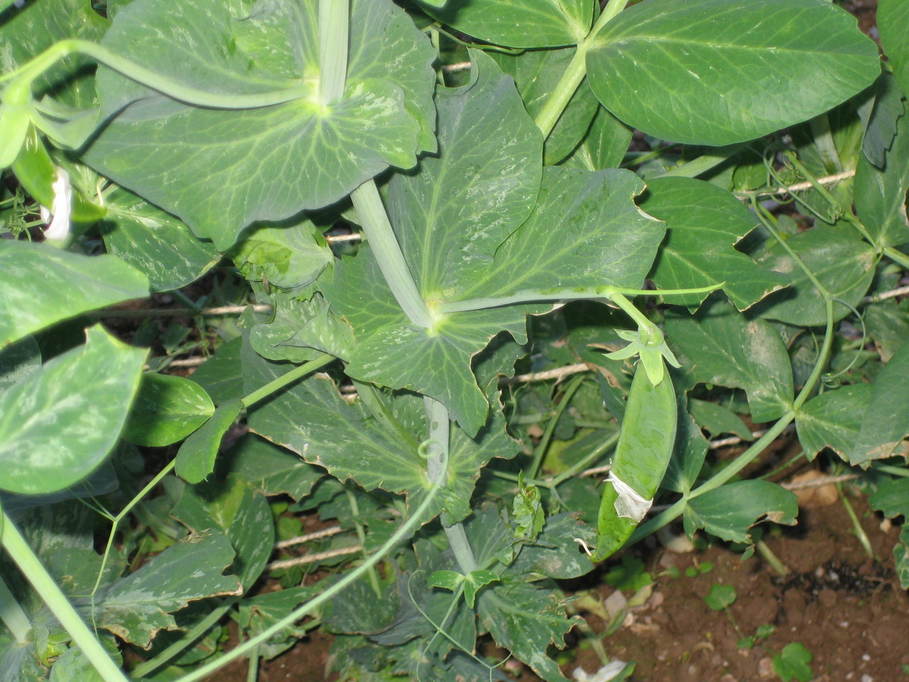 I’m really looking forward to the pea crop. You can see where the partridges got to the lower leaves. I’ve not seen them around since I turned the plot into Fort Knox though. Hopefully they’ve got bored and won’t be back.

My final job of the day had to wait (partly) until sunset. At one end of the house I’d stacked some hive parts that were waiting to be cleaned up for re-use, only before I got that far a swarm found a way in where they’d been knocked out of alignment and moved in. Not a major problem, but it’s right next to where the builder is working and he’s seriously allergic to bee venom. He’s been around bees all his life so he’s not uncomfortable with them, but with the recent changeable weather, particularly the thunderstorms, the bees have become much more moody and defensive which isn’t good if you want to avoid being stung.

It’s traditionally said that you can move a hive up to three feet, or more than three miles. Less than three feet and they’ll find it, more than three miles and they’ll learn where they are now is home and are very unlikely to be confused by flying into territory they already know. Anywhere in between and they’ll probably end up flying back to where they came from in the first place. I’ve been told by a beekeeper who swears it’s true and claims to have done it that if you put a load of greenery in front of the entrance of the hive then they know something has changed and re-orient themselves on their new location even if it is near where they came from. So this afternoon I took all the hive boxes apart and realigned them correctly so there was no chance of escape and fixed them all together so I could move the colony in a single go. After they’d stopped flying at sunset we moved them to the new apiary and propped a load of twigs from the prunings we’d been shredding across the front. 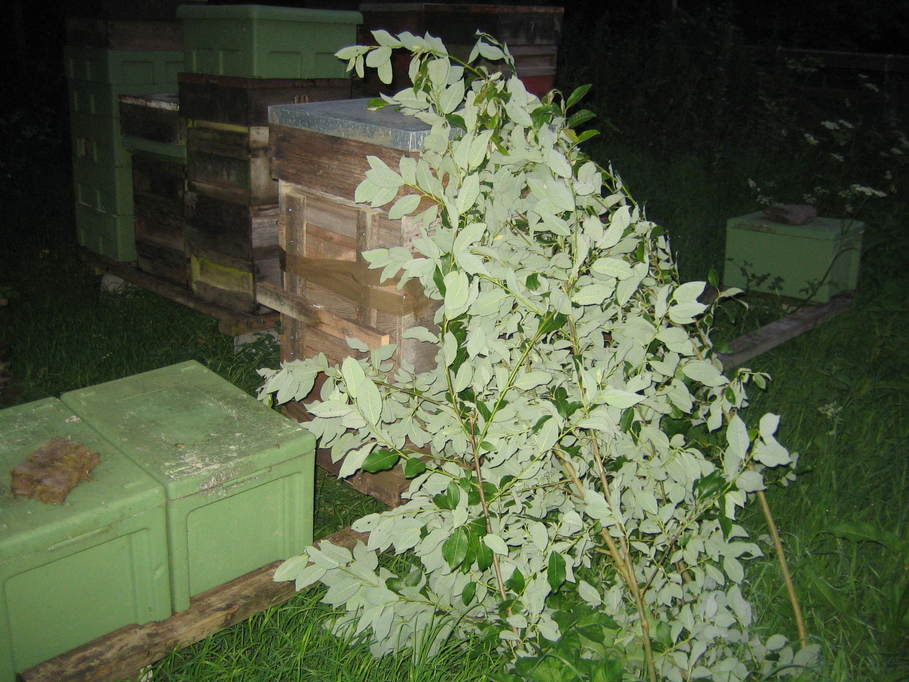 Hopefully that will do the job, but just in case I’ve put another hive back where the first came from. It should at least give any stray bees somewhere to collect tomorrow if they do fly to the wrong place, and I can work out what to do after that.

This entry was posted in Bee-keeping, Smallholding, Veg plot. Bookmark the permalink.