Today has been a harvesting day.

This morning I tried to push my thumbnail into the skin of one of the butternut squashes that was in the polytunnel and it wasn’t having any of it, so I decided it was time to collect them all and remove the beast that has taken over in there this year. I collected twenty squashes in the end, though a few are a little on the small size. They’re now hardening off in the window opposite my office door. There are still more to come from the outdoor plot, but I’m going to give those another week or two to extract as much from the autumn sunlight as possible. 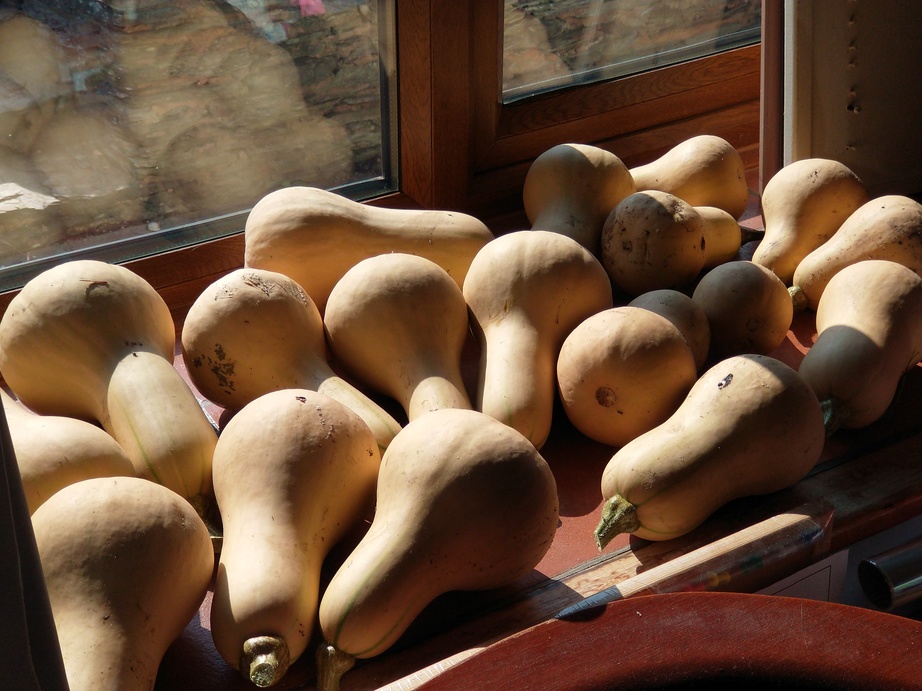 This afternoon I have harvested about half the red chiles (at least a couple of hundred, I reckon), leaving the green ones on the plants (unless they fell off) to see if they’ll ripen a little further. My wife is now putting them on strings and they’ll go in the airing cupboard to dry. 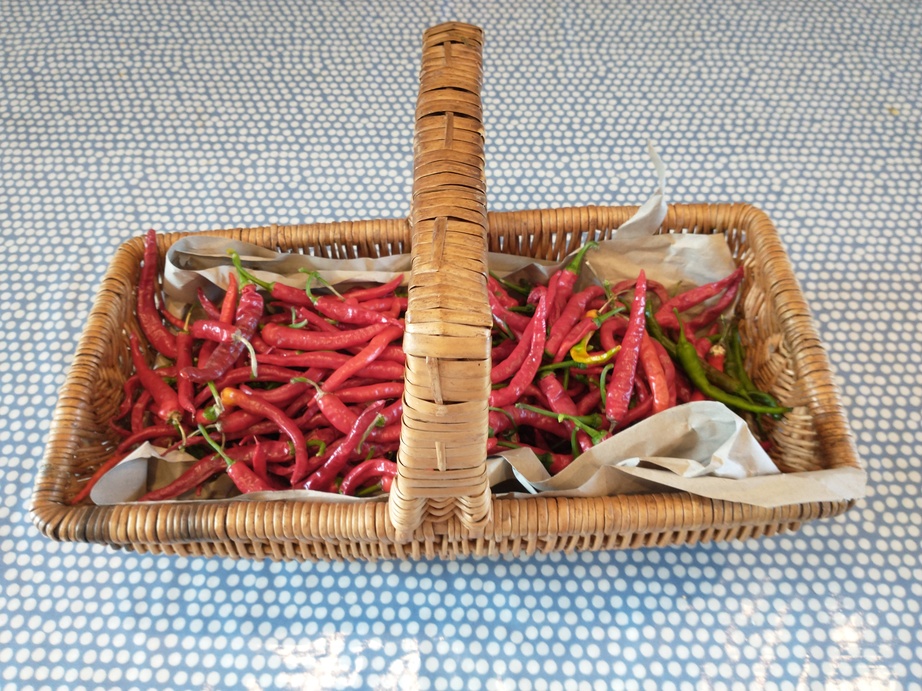