Yesterday we moved a trailer full of compost into the tunnel and spread it down the cleared side to make a bed about two feet six inches wide (it’s easier to work in imperial for this because it’s a fourteen feet wide polytunnel, but that’s about 75cm). We saved most of the existing wood chip on the main path and lifted the weed control fabric, partly because it’s now in the wrong place, but also because I’m going to do without it in the future. The new path could then be laid using the old wood chip.

This is pretty much as far as it’s possible to go for the moment. The peppers now need lifting so the other beds can be removed. However, I had some lettuce and radish seedlings that I’d planted in modules as a bit of a last-minute experiment and have been waiting in the greenhouse for space to plant them, so they’re now in the new “no dig” bed.

Sadly I have had to pinch some slug pellets from my father-in-law and sprinkle some around the new plants 🙁 The slugs are absolutely rampant at the moment, not to mention enormous. They’ve already demolished two of the leaf radish plants I put in on the other side of the tunnel and are well into a couple more. It’s not something I like doing, but I feel my options are a bit restricted until I can get the problem back under control. At least birds can’t get into the tunnel at the moment. 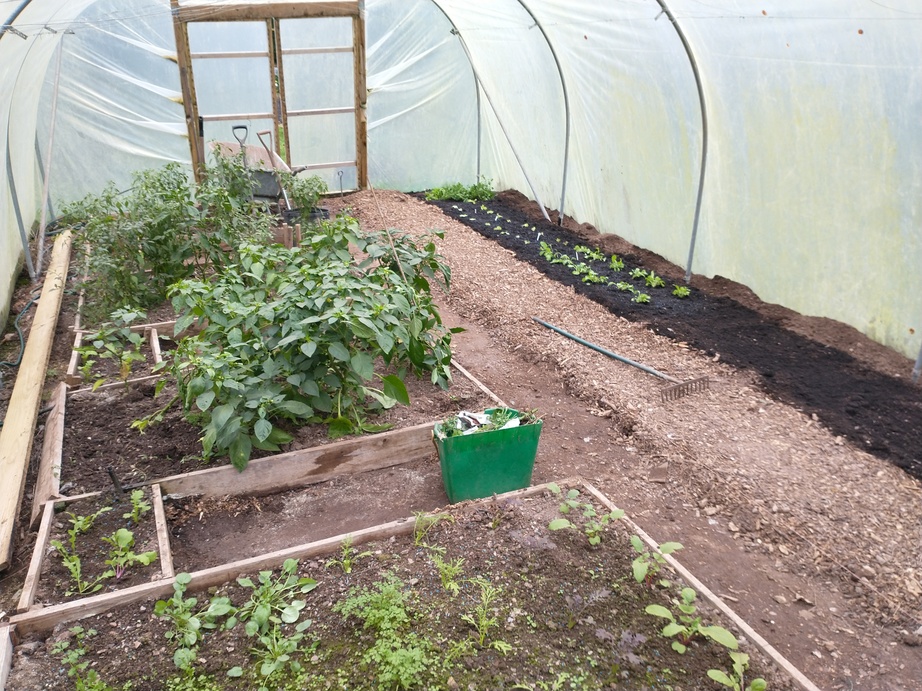 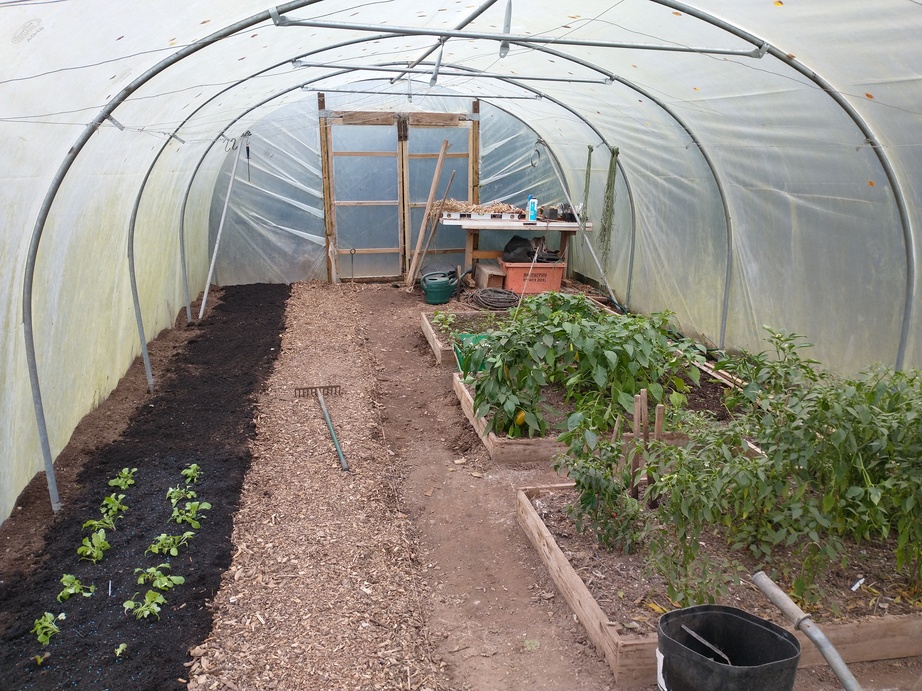 This entry was posted in Polytunnel, Smallholding and tagged no dig. Bookmark the permalink.