Vegetable seeds started arriving in the first week of April and I considered myself lucky to get so much of what I wanted given that just about everyone else in the country seemed to be trying to do the same thing.

Radish were the first think to be planted (French Breakfast 3). We rarely have radish in salads unless we grow them ourselves, yet it’s one of my favourite things to buy when we go to the supermarket in France when we’re on holiday. A week later they’re already poking their seed leaves out of the ground. 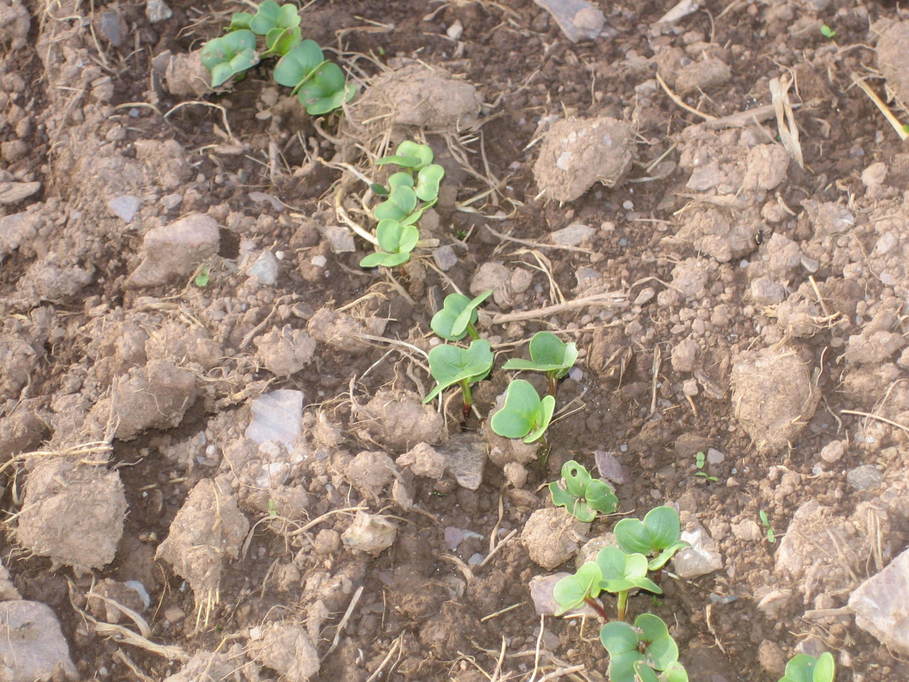 Onion sets were also starting to show some signs of life only having been in the ground for a week. 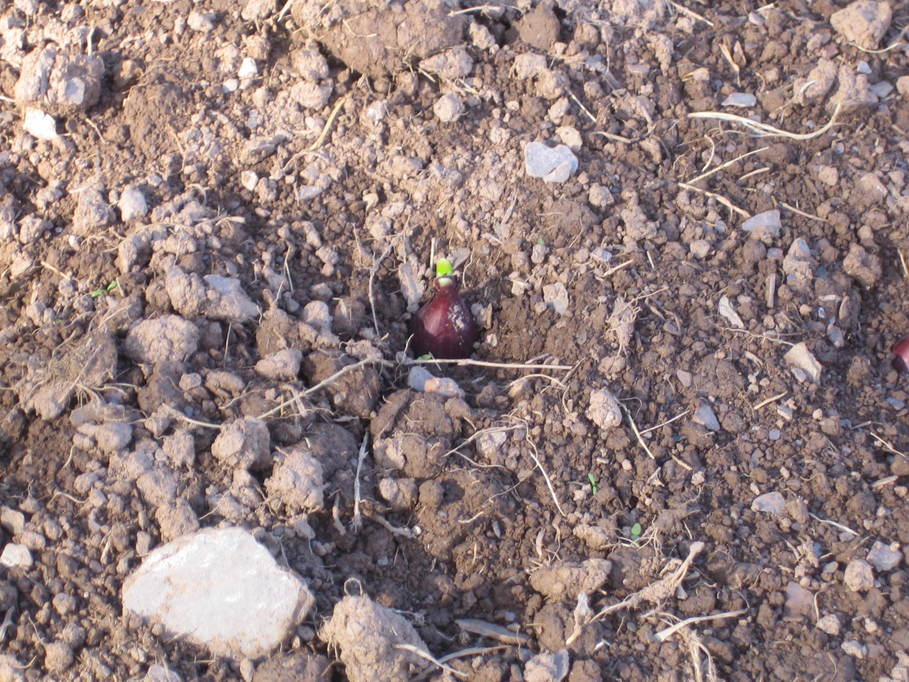 Birds did pull a few up early on, but not that many and I replaced them all shortly afterwards.