So it’s not summer any more then?

After the blazing heat, June has turned into a month of weather misery so far. Yesterday and today we have had thunderstorms which I don’t mind at all, though it does mean I have to unplug the phone and internet connection because our phone lines are overhead and I’ve lost network hardware before in such storms. Today however we also had half an inch of rain in an hour. The house guttering just gave up trying to cope with the volume of water: 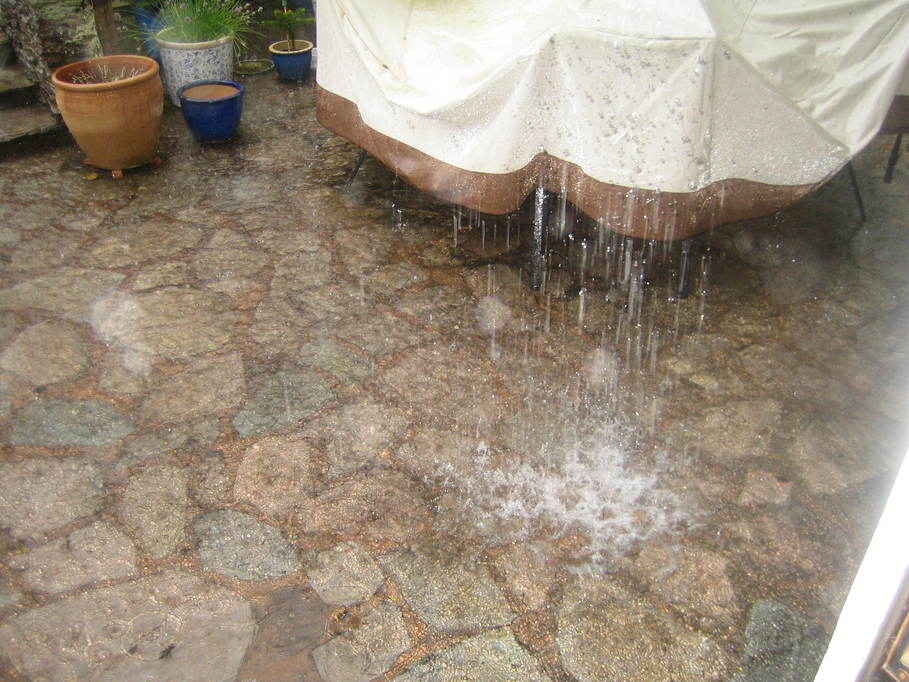 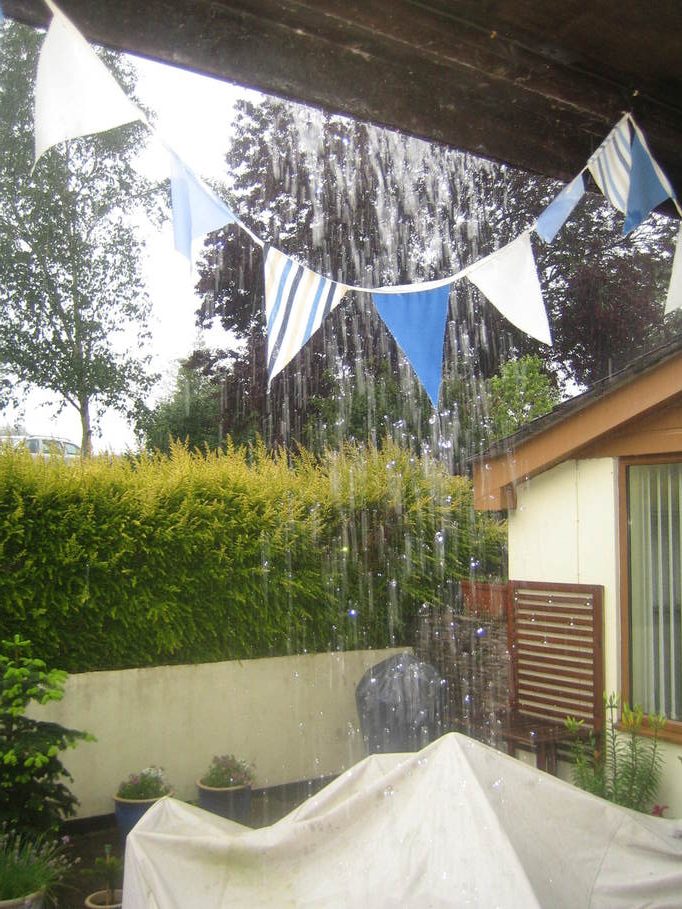 Outside the door a “pond” about 30mm to 40mm deep appeared in a matter of minutes. 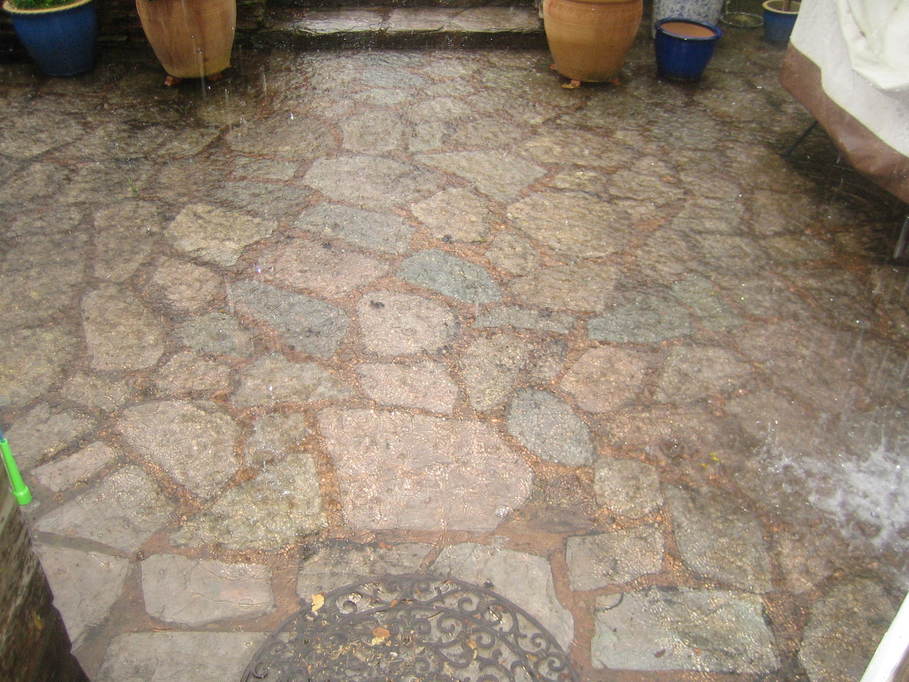 I dread to think what it’s going to be like tomorrow, when “heavy rain” is forecast all day.

This entry was posted in Environment and tagged weather. Bookmark the permalink.