I’ve had one of AAG’s rain gauges for years. I’m not sure they make them any more, but I believe they were someone else’s design anyhow. In the end it gave up because it was bunged up and the electronics weren’t working. Rather than buy or build a new one I decided I’d open it up and see what I could do to make it live again.

As it turns out other than the rocker for catching the drops of rain there’s really not much inside: 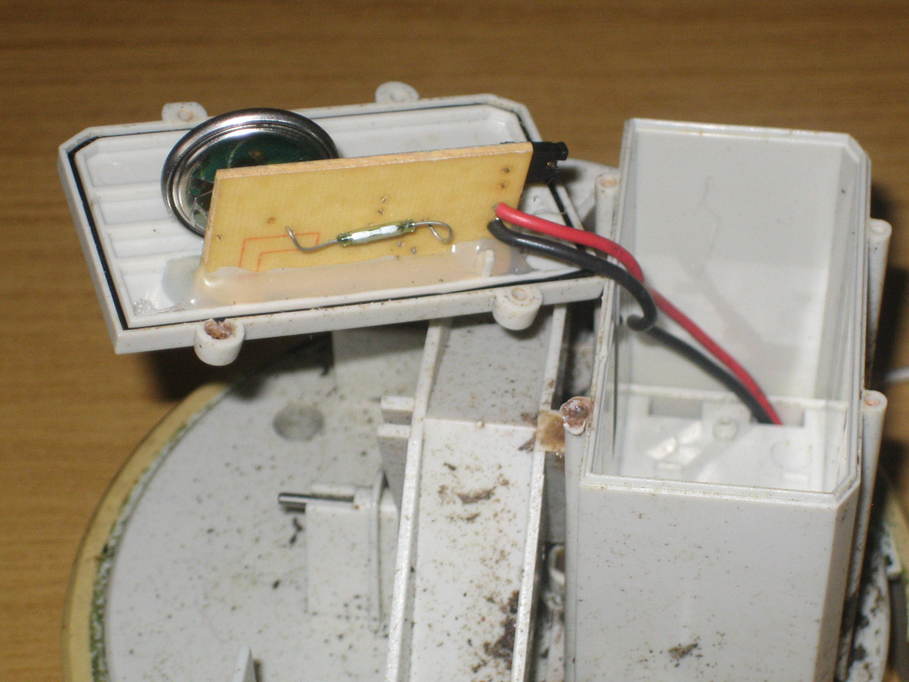 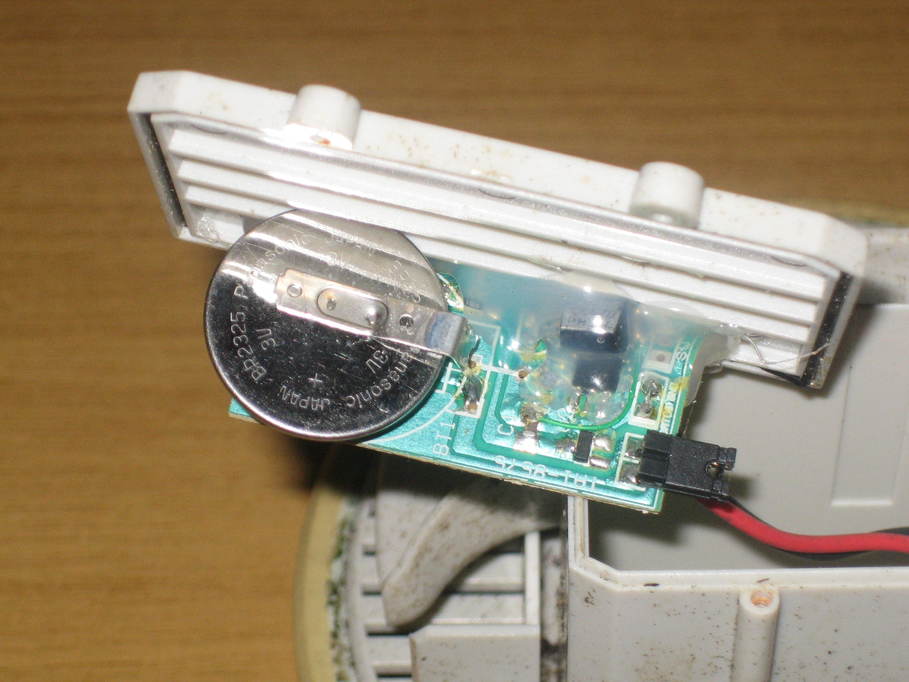 The battery was dead, but appears to be “welded” onto the board so I decided I’d leave it alone. It’s only there to provide a battery backup for the counter memory and I’m hoping I shouldn’t have a problem with power there.

So my refurbishment was mostly limited to completely disassembling all the parts and cleaning them up, then reassembling it carefully.

I also have some cat5e cable with a UV-stable sheath, so I removed the old cable (the red and black wires in the above pictures) which wasn’t going to be long enough anyhow and replaced it with some of the cat5e, in a length sufficient to reach back to the Stevenson screen.

Testing on my desk by flipping the bucket with my finger actually suggested that I might still have a problem with double-counting “tips”, but I decided I’d deal with that later if it was a problem in actual use.