Now the observatory is up and running my mind has turned to wiring up my weather station kit again and getting it all working as I can now connect it all to the PC in the observatory and have some records of conditions when I’ve been observing/imaging. I dismantled everything some time back when my last bodged-together screen gave up the ghost, so this time I thought I’d do a bit better job though most of the materials will be stuff I have sitting around the place.

Initially I had considered 3D printing the louvred sides, but I discovered that Screwfix sell vents about 200mm square with built-in insect screens (I’m not desperately keen on it becoming a home for bees/wasps/hornets) for about £1.40 each and anything else looked rather too much effort at that point, so I bought four of them, one for each side and two for the door: 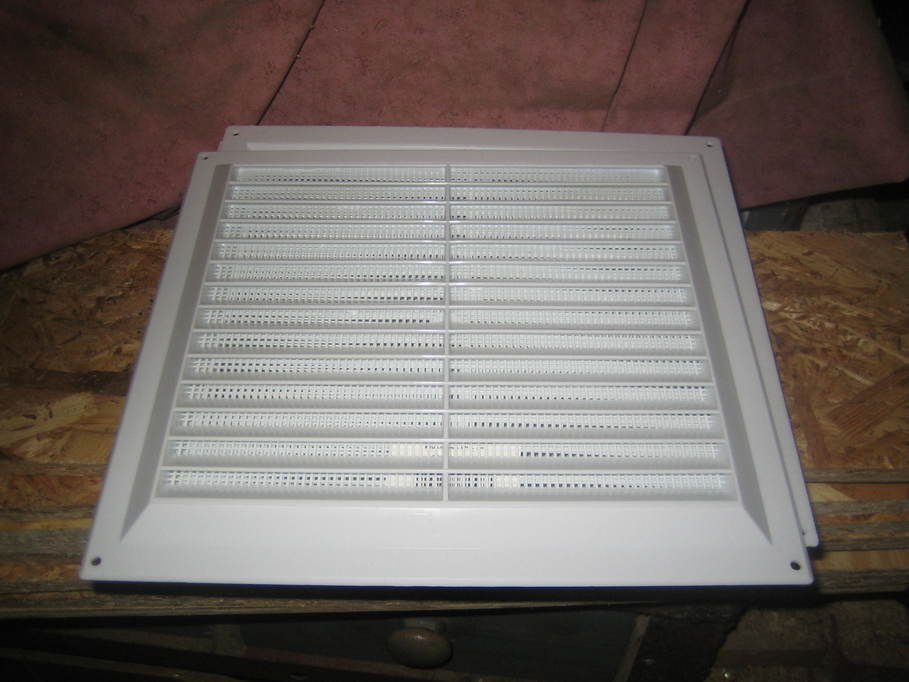 A hunt about in the stack of wood “that may come in useful one day” turned up some 30mm square softwood, a bit of T&G and a few offcuts of ply and I also found some galvanised mesh I could use for a floor, so I set to with the tools and made up a box and frame for the door: 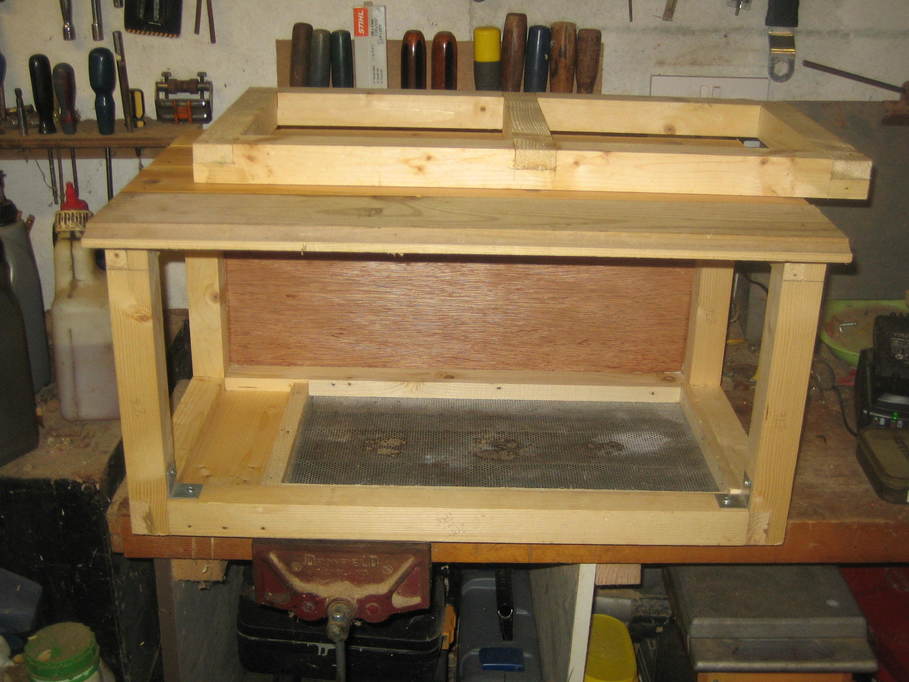 The wooden floor section is to allow me to drill holes for feeding cables in.

The next steps are to make up a second roof (apparently a second roof with an air gap underneath is desirable, presumably to reduce the effect of the Sun) and to paint everything so I can finish assembling it all. I was contemplating covering the second roof with an offcut of EPDM, but I’m not sure at the moment. It might well defeat the object of having a second roof in the first place. On the other hand, this will be going on the north east wall of the observatory, so shouldn’t really get any significant heating from the Sun anyhow.

This entry was posted in Environment, Projects and tagged weather station. Bookmark the permalink.