Another star trail photo and something “unidentified”

I got a couple of hours out in the observatory after dark and set up the 450D again to capture some subs to make a star trail image. This is better than the previous night, but I’d cut the exposure time down to try to reduce the sky brightness, not realising that either the camera or APT had reset the ISO setting when I was setting up the focus so there aren’t as many stars as I’d have liked. The good news is that even without a hood, the dew heater appears to have worked and kept the lens clear for the entire duration. 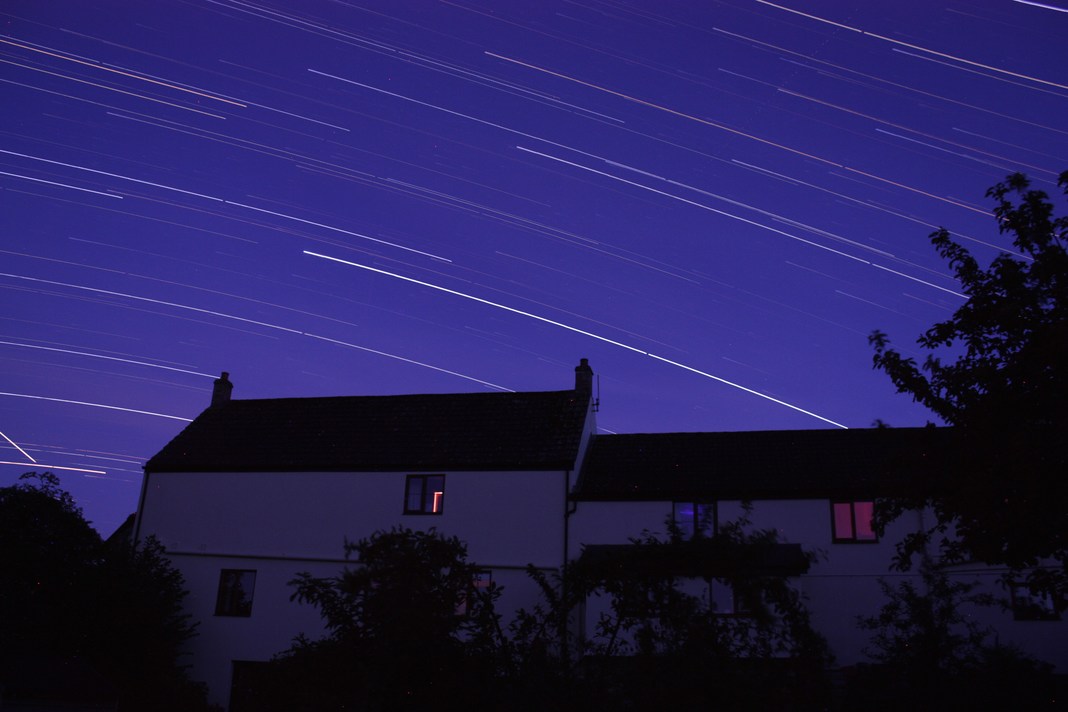 However, what really interested me was the diagonal trail at the left hand edge.

At first I thought it was a meteor. I definitely saw at least one, though I can’t be sure those I seem to catch out of the corner of my eye aren’t just odd reflections off the lenses of my glasses these days 🙁 Looking at the individual subs it’s certainly way brighter than the aircraft trails that pass overhead, but it definitely looks man-made. It actually starts much fainter, appearing from behind the barn roof in this first crop: 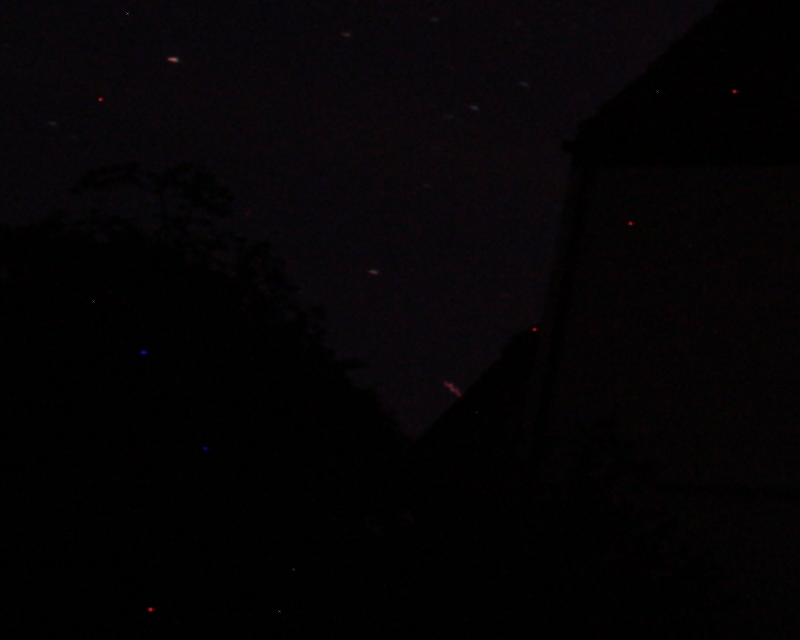 And continues the same way in this next one: 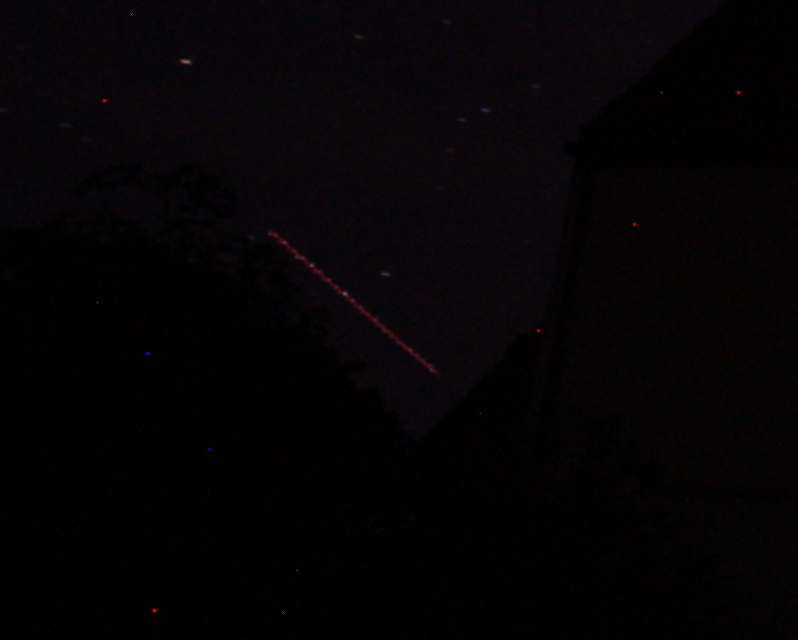 There appear to be white spots alternating either side of the main red line, which makes me think it has to be some sort of aircraft. And in the last frame it appears on, this happens: 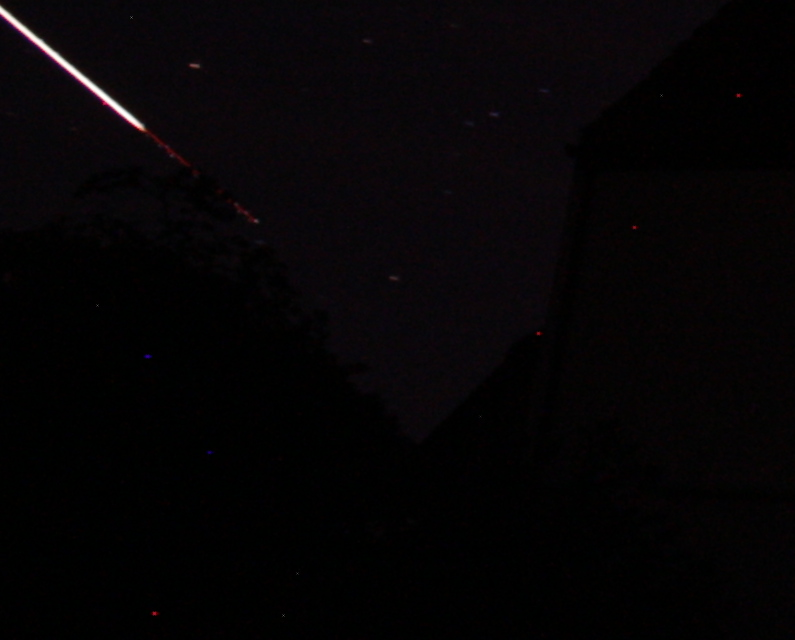 It wasn’t until some time later that it occurred to me to have a look at the flightradar24.com site, but of course then it was too late. Or was it? Clicking around the site I discovered it has a “playback” mode that allows a review of earlier flights, even from previous days, so I played back events around the timestamp of the image.

It turns out that a flight from Faro to Cardiff passed within two miles east of me at just over 7,000 feet at exactly the right time according to the timestamp on the image. I feel sure that has to be the explanation. Perhaps the sudden increase in brightness is down to landing lights being turned on or something like that.

This entry was posted in Astronomy. Bookmark the permalink.