Not a good weekend weather-wise here thanks to “Storm Callum”, but nowhere near as bad as it seems to have been a few tens of miles north on the other side of the Severn Estuary, so I shan’t be complaining too loudly.

I overrode the objections of #1 offspring that “he wasn’t strong enough” and made him help me lift the roof frame into position. In the end it really wasn’t hard. I propped one end of the frame up on the end wall, then he “wiggled” the frame into position whilst I supported the other end. Once the first set of wheels reached the wall it was just a question of lifting them onto the rails and then rolling it along until the second set of wheels were in position.

Standing inside it looks enormous. The total wall height (including the sides of the roof) is now 2.08m which should be plenty large enough to allow the roof to be closed without needing to move telescopes out of the way. 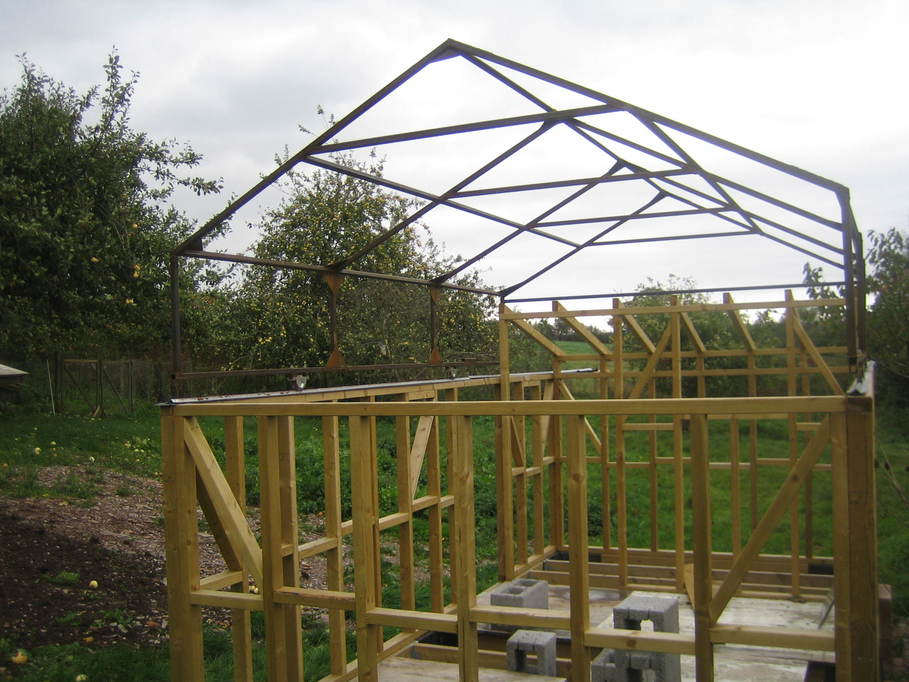 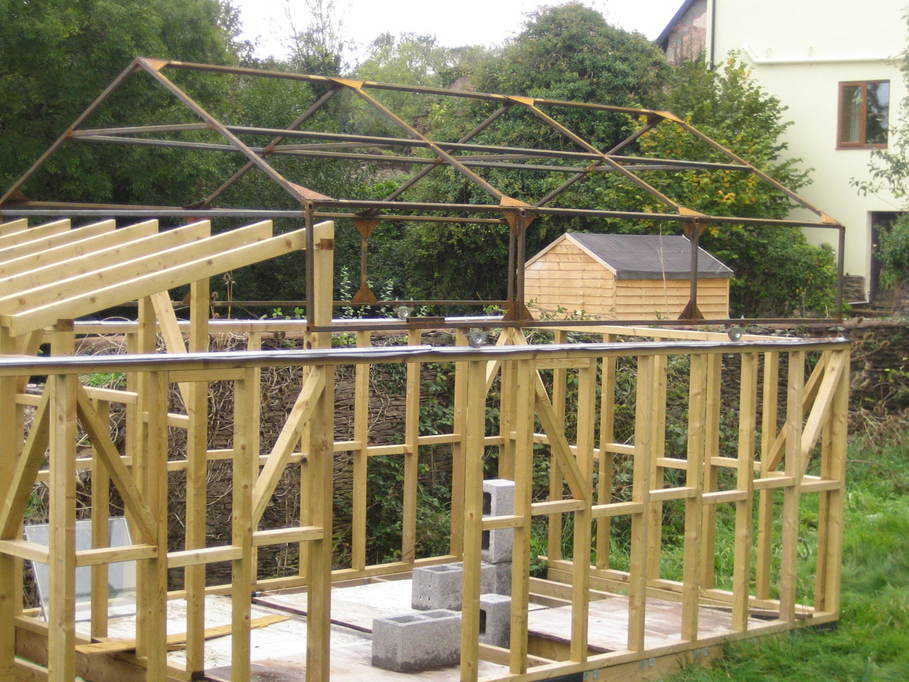 I’d always planned to clad the roof with OSB and cover that with EPDM, but it was suggested in the last couple of days that I should consider PVC-coated box section steel sheeting. My main objection to that was the potential for condensation to form on the underside of the roof when it cools at night, but in fact it’s now possible to get anti-condensation coatings on the underside of the sheets. The idea was finally spiked however by the fact that delivery charges are very high considering the small number of sheets I need (if in fact the manufacturer will deliver small orders at all) and lack of guarantees over delivery times (because small orders have to be tacked onto the end of larger orders for manufacturing). Unfortunately it doesn’t appear there is anywhere selling these sheets locally either. So it looks like the OSB and EPDM solution will be the way I go.