After validating my choice of wall height there wasn’t much time left, but I was determined to make some visible change no matter how small. I had a few bits of scrap 18mm ply that used to be part of the cricket club scorer’s hut. I’ve put those on top of the joists just to give me something easier to stand on. More importantly however, I have most of one end wall in place! 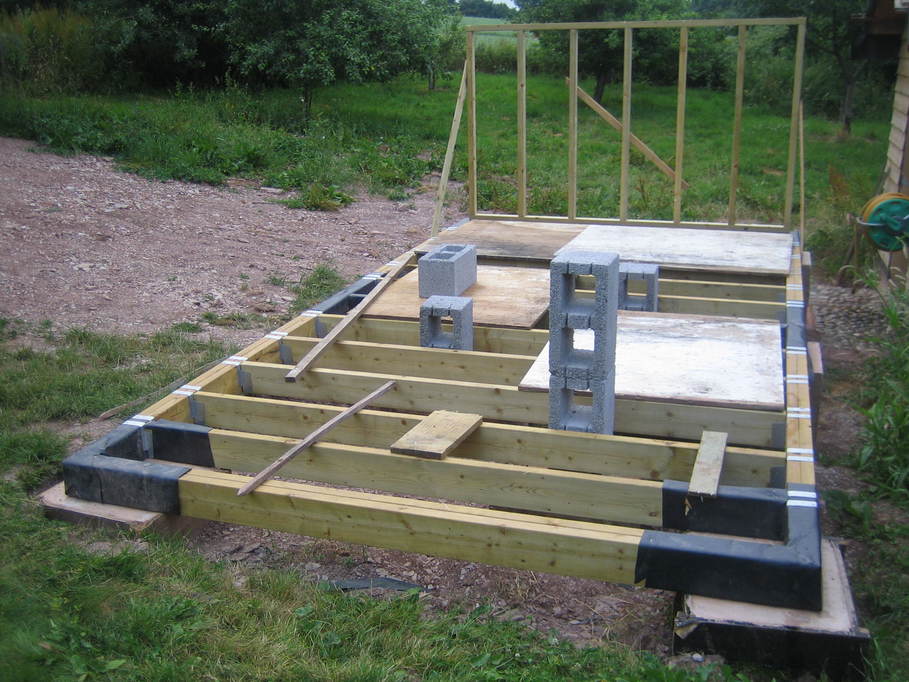 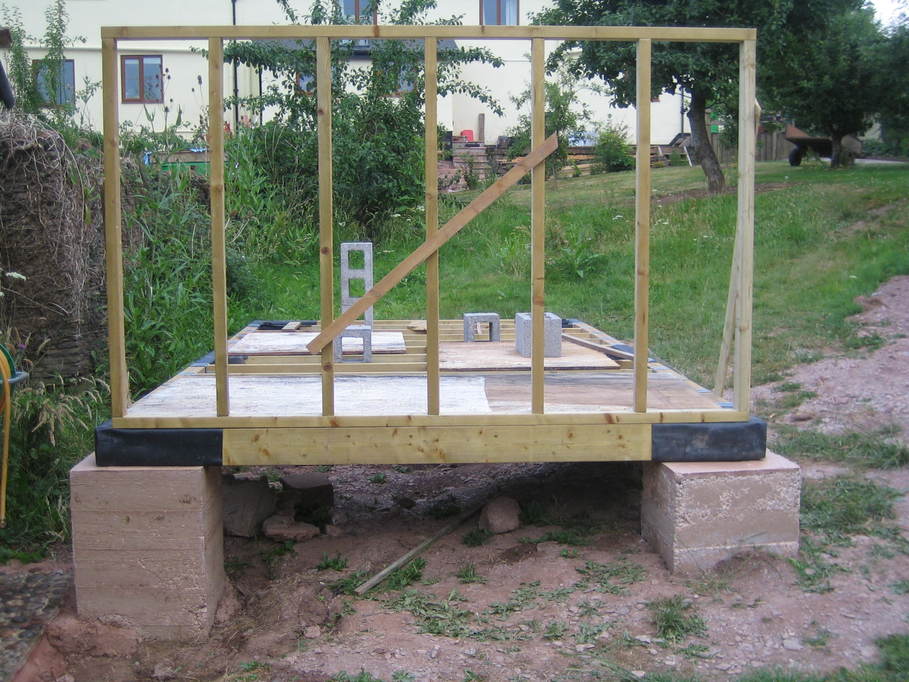 It still needs some bracing and suchlike, but by this point I’d run out of charged batteries for my cordless screwdriver so I’ll get those done soon. I also cut all the wood for the other end wall.

I did consider doing the wall on the left in the bottom photo first as it would be easier to get into position first, but it will be nearly 5m long and has the support for the rolling roof rail. The “beer shack” walls are of similar construction and length (though slightly taller) and the long sides were a pig to get into place without anything to support them, so I’m hoping that having the end walls already in place will make life easier this time around.