Before I can make much more progress with the observatory I need to work out exactly what I’m going to do with the piers.

My initial plan had been to get a local steel fabrication company to make up the piers as it would be significantly cheaper than buying commercially-available models. This did indeed turn out to be the case, but at £200 or thereabouts per pier it was still going to be quite expensive.

So my thoughts turned to welding some up myself. A bit of research suggested that I could buy slightly lighter weight steel tube than I’d initially planned, together with discs for the top and bottom, for around £40 per pier. Then there’d just be the holes to cut and tapped where necessary. I’d have to do a bit of welding practice first, so it wasn’t going to be a quick solution, but then neither was getting someone else to make them.

At this point it was suggested that I take a much more low-tech approach and use a couple of hollow concrete blocks set end on end, bolted (and perhaps also glued) together. They’re not attractive, but the blocks could be faced with ply to hide them which would also make for easy fixing for any equipment, cabling and so on. A little research suggested that if I made my piers two and a half blocks high then I could achieve pretty much the same height as I’d planned for the steel piers. The blocks also only cost about £3 each.

I decided that it was worth a go. If the pier foundations were at the same height as I’d planned for the steel piers then if it doesn’t work out I can remove them and refit steel piers using resin anchors. I had to phone around a few builder’s merchants to find one that could supply them in small numbers (some didn’t carry them at all and could order them, but only by the pallet).

And here they are. The next step is to make up a jig for drilling the holes, and to slice a few of them in half. Handily it seems that some are intended to be cut in half as the internal web already has a slot in it. 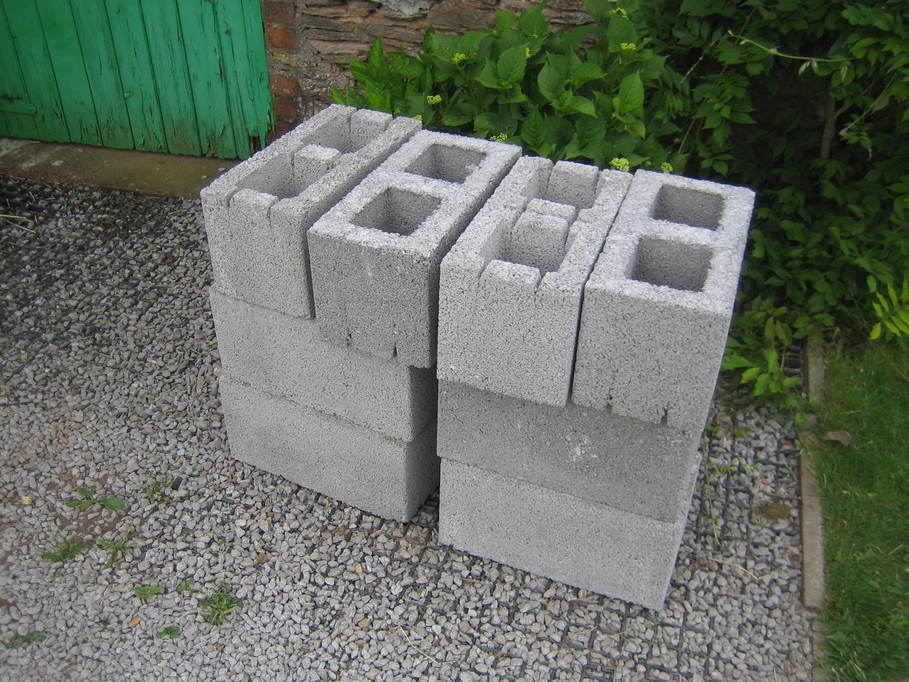 If they’re faced with ply I’m wondering if I should make a ply disc to go around the top of the pier adaptor too just to cover the top. Or I could use a steel disc, in which case it could go under the adaptor. Another possibility which would again have to go around the adaptor I think is acrylic.