Having decided that I can wrap the timber in DPC material to protect it from damp, this Saturday afternoon I lowered the shuttering for the two concrete blocks that I’d already put in place so that the highest one will have its top at ground level. After that I dug out the space for the two other corners, which didn’t require a huge amount of digging as I found rock about four inches down. In fact there’s so much rock close to the surface that I gave up trying to get the pads square with each other. As long as they’re bigger than the obsy base, that will have to do. The shuttering for the lowest pad still looks huge as the ground level there is over two feet lower than at the highest one. I may well re-use that shuttering for making the pier foundations. 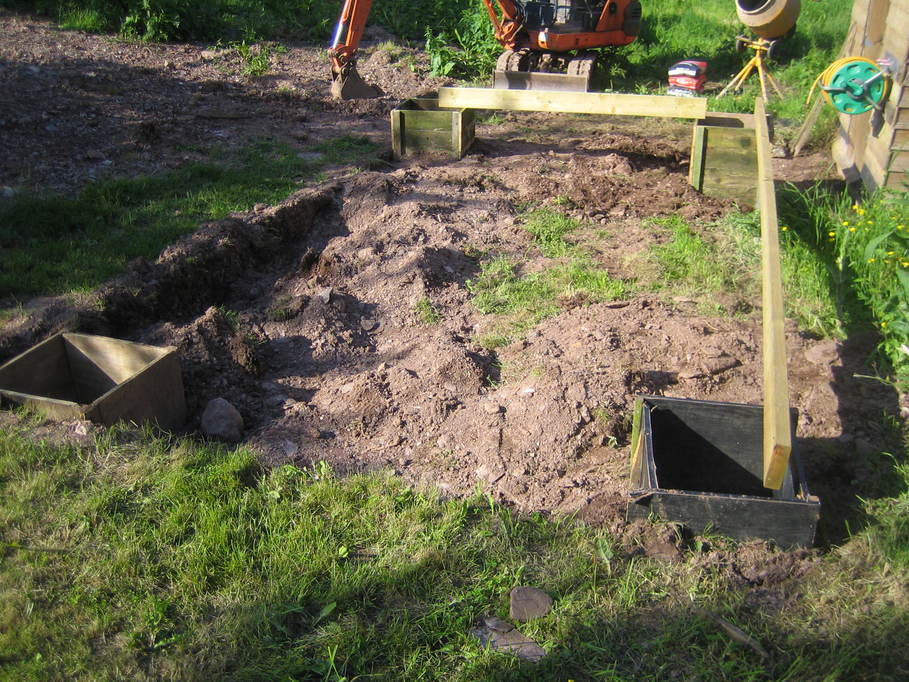 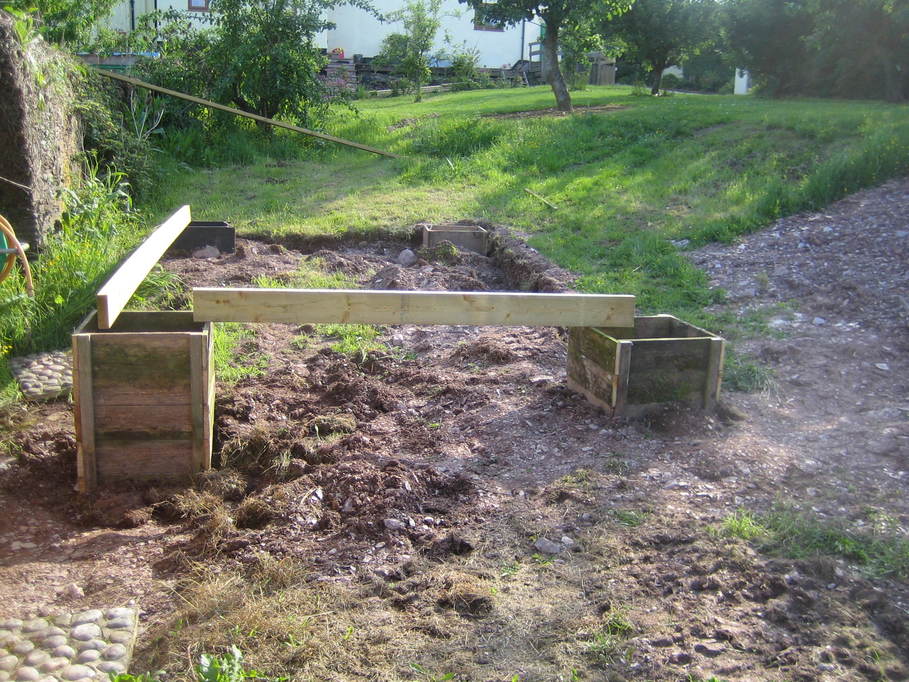 The plan for tomorrow is to get the outer timbers of the floor made up and then get the concrete poured for these four pads. The floor timbers will allow me to place the strapping (which may actually turn out to be some old radiator wall brackets) to tie the frame down accurately.

I have some stones and broken up concrete blocks that I’ll also throw into the pads as I need to get rid of them and it will reduce the amount of concrete I need to make. I do need to be careful that the shuttering doesn’t “float off” given the weight of the concrete though. I might have to rest a few more blocks on top just to stabilise things.