Not content with the two we’ve already had this year that we still haven’t completely finished tidying up from, not to mention the snow being driven into the attic and melting on the bedroom ceiling, our plumbing has decided to throw us yet another curve ball.

A week or so back we discovered that the reason that some of the lights were behaving strangely was because one of the light switches was full of water. At the time it wasn’t obvious where the water could have come from, but a few days ago it became obvious. There must be yet another leak 🙁 I had to take down all of the wall cupboards to get to it, but at least the ceiling wasn’t hard to remove as the plaster was sopping wet. And here’s the culprit: 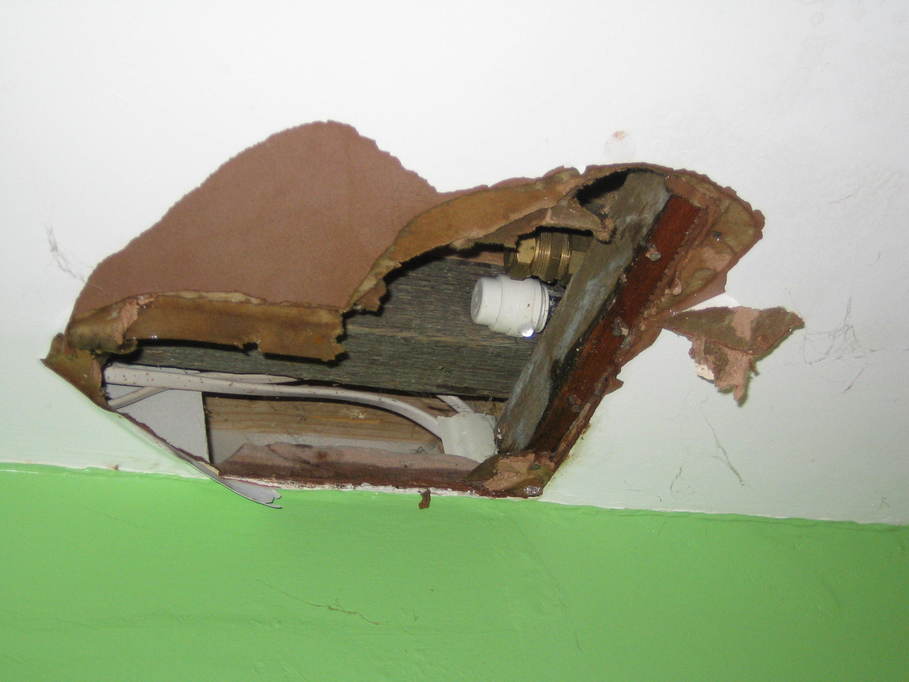 That white end cap has presumably been leaking for a while and water was running down the cable trunking next to it, into the light switch below, all neatly hidden by the cupboards:

Thanks a fair chunk of my bank holiday weekend sorted then…

This entry was posted in Random. Bookmark the permalink.