I’ve had a few drivers pull particularly bizarre stunts on me of late, not to mention having had to dive into the hedge because a car has come around a blind bend in the middle of the road once or twice, so I decided I’d get a dashcam for my car with a view to fitting a second to my wife’s car if I got on with it.

For no particularly quantifiable reason other than that it wasn’t hideously expensive I bought the NextBase 312GW with a permanent wiring kit. The 412GW perhaps looks nicer and has a larger display, but actually I wanted something that would be fairly unobtrusive when fitted to the windscreen, so smaller was a bit more desirable in this case.

First impressions are that it’s very neat for the price and being removable from the mount is quite handy. It’s easy to use and the recording of speed and GPS data on the videos is good. I’ve not investigated the still mode or anything like that because I probably won’t use it that way. I also liked the fact that it is possible to turn off the “NEXTBASE” logo that appears on the top left of the screen. 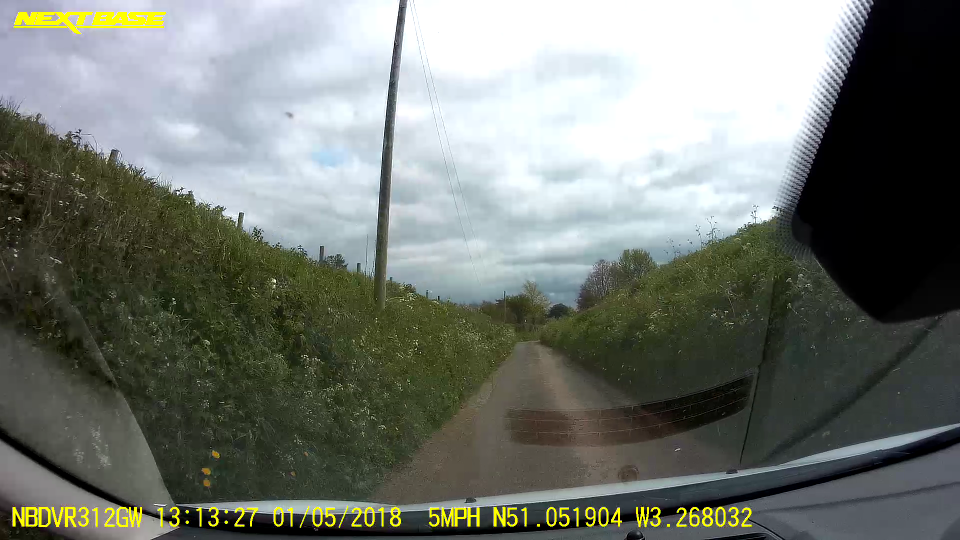 To me the “stripe” down the centre of the road looks quite “blocky”. In this 720p frame the entire image looks better to my way of thinking: 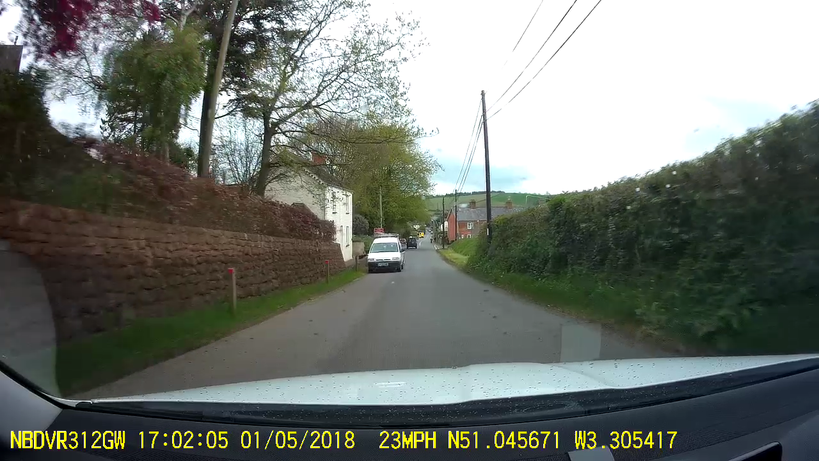 For the time being therefore I’ve left it in 720p mode.

Small niggles are that it’s a bit awkward to get the SD card in properly with fingers like mine (and some of the documentation says that 32GB is the maximum size whereas elsewhere it says 128GB) and that the “mass storage” mode which I assume should allow videos to be pull straight onto a PC just as they would from a USB stick wasn’t stable and kept disconnecting.

I checked the firmware version which was R04.0. On the website there’s an update to R04.4 that I downloaded, but despite following the instructions I just couldn’t get the camera to update. I opened communications with their support team, but as it happens the failure worked in my favour. In reading more about the upgrade from various forums it turns out that later versions of the firmware have removed the ability to turn off the logo on the videos. It is possible to get firmware without the logo however, but support only provide it on a case-by-case basis.

I downloaded the new R04.6 firmware (without the logo) and still couldn’t upgrade, so had to start experimenting. I discovered that formatting the SD card on the camera itself, on Linux or on MacOS and then copying the files on just didn’t work. In the end I had to do a full format on Windows 7 and copy the files on from that, at which point the upgrade worked first time. I have no idea what the difference should be as they all seem to be compatible with each other, but clearly the camera doesn’t like it.

The upgrade also seemed to get the mass storage mode to work properly which is good news.

Now I just need to get the wiring harness fitted to the car and use it for a bit.

This entry was posted in Dashcam and tagged 312gw, nextbase. Bookmark the permalink.