As I posted a couple of days ago, this year’s garlic has finally made it out of the ground. I’d been feeling a bit apprehensive about what was going on because it seems to have been far slower to get going than last year.

In 2020 I couldn’t initially find the variety of garlic that I wanted to grow, so took what I could get and planted it outdoors on 10th October. I later did manage to find someone stocking the variety I was after (Solent Wight), so I bought some of that and planted it in the polytunnel towards the end of November.

This time around I planted my own saved garlic, both outdoors and in the polytunnel, on pretty much the same date in October as I had done the previous year. Now I’ve looked back in detail, the difference is quite surprising. These are the only two sets of leaves showing above ground outdoors from what will be this year’s harvest on 5th January: 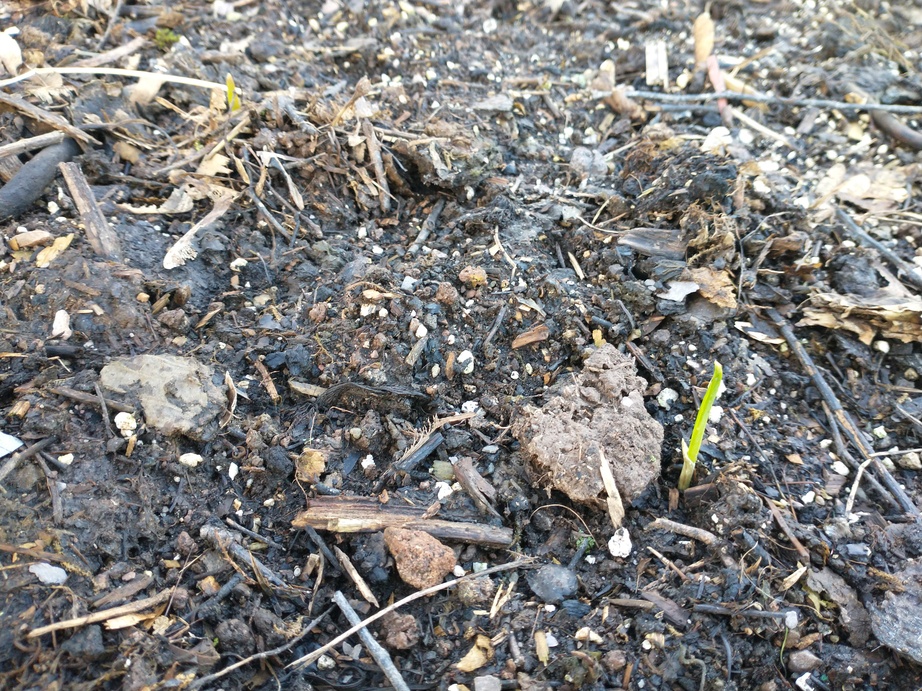 By comparison, this photo was last year’s crop, with the photo actually taken a month earlier. 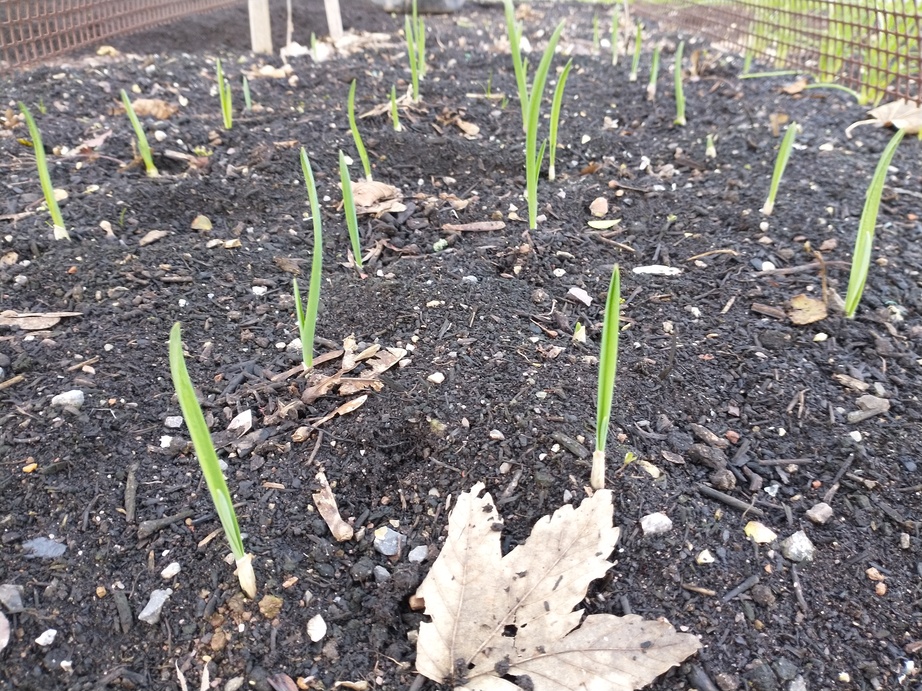 And in the polytunnel, these are the only two shoots I could find yesterday: 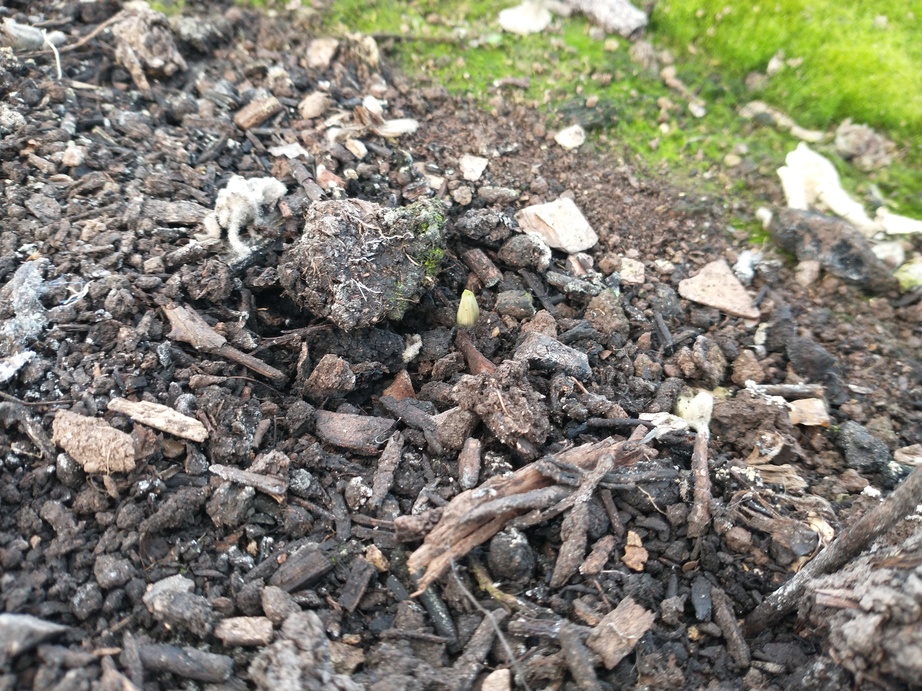 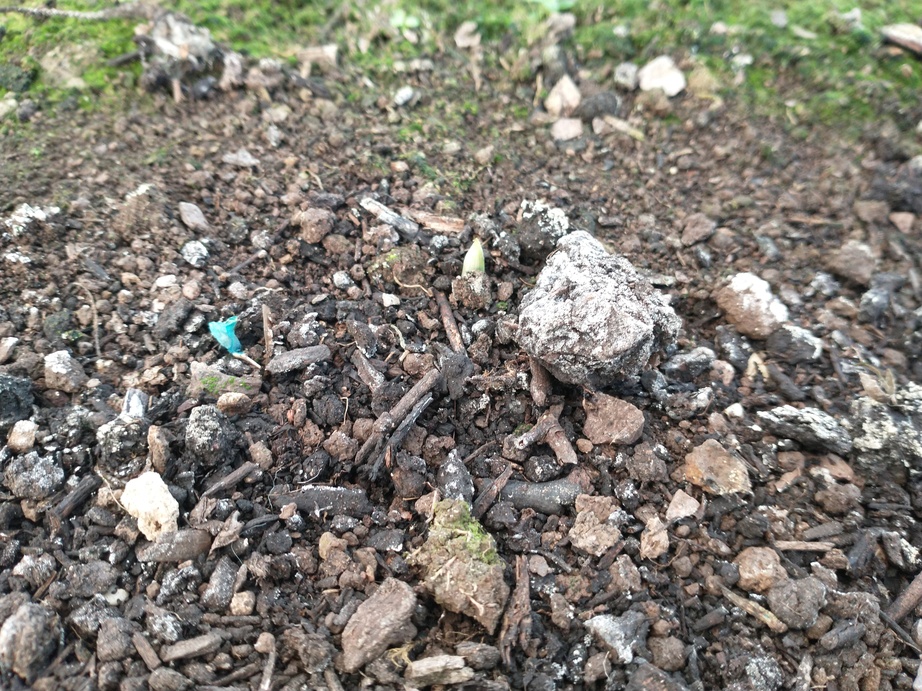 Whereas last winter the plants were at pretty much the same stage two weeks earlier despite having been planted five weeks later. 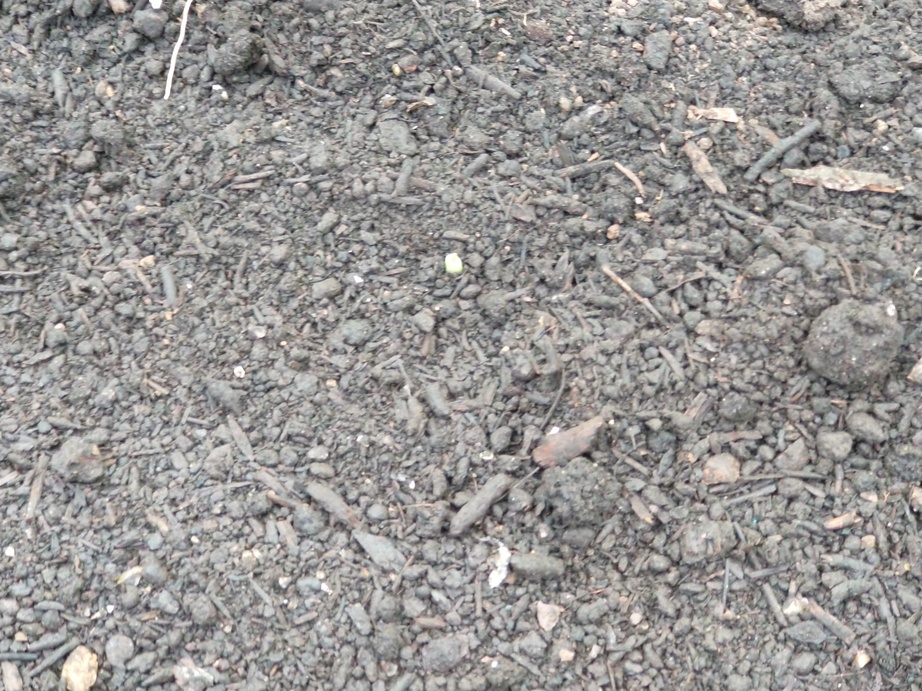 Given that late autumn and winter have been so mild so far, I’m surprised that the previous crop should have been so far ahead at this point. I know that garlic needs a period of cold to develop properly, but I believe that relates to bulb formation. I don’t know if it has anything to do with the production of foliage. The RHS website says:

which is a bit of a concern given that we’ve barely had more than a few days below 10°C so far this winter.

This entry was posted in Smallholding, Veg plot and tagged garlic. Bookmark the permalink.